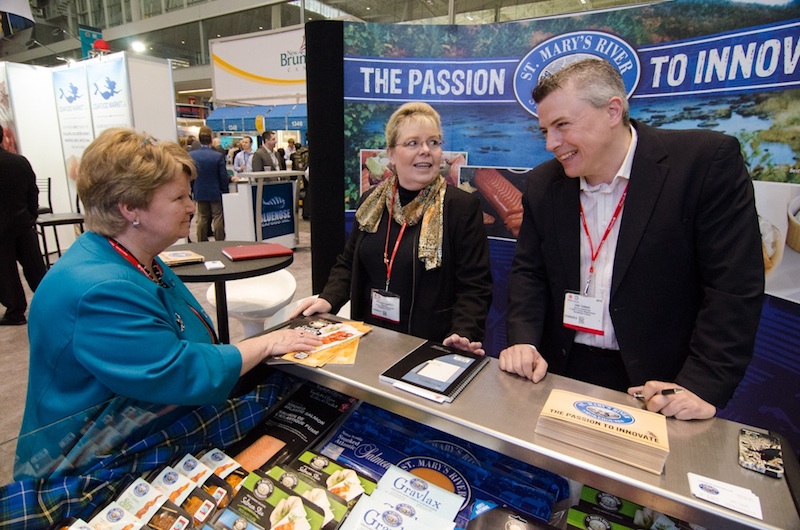 At the Seafood Expo North America in Boston, Massachusetts, Canadian Minister of Fisheries and Oceans, Gail Shea, touted her country’s 2014 trade figures for exports of fish and seafood products, highlighting export growth of total sales of $4.9 billion dollars, representing an overall increase of $517 million dollars or 11.9 percent from the previous year.

Canadian fish and seafood exports also reached new markets with exports to more countries— in 2014 seafood was sent to 136 countries, up from 123 countries the previous year. The US remains the largest export market for Canadian seafood and fish, accounting for 63 percent, at a value of $3.1 billion.  After the US, the People’s Republic of China and the European Union are significant markets, importing almost $508 million and $459 million worth of Canadian fish and seafood products respectively in 2014.

In her presentation, Minister Shea stated, “Our government is making vast efforts to build on existing markets and to introduce new markets for Canadian fish and seafood.  Our recent trade deals with South Korea and the European Union are prime examples.”