The challenge of oversupply for US catfish farmers

The big story in catfish aquaculture two years ago was that US farm-raised catfish production was able to meet demand for the first time since 2013. A year prior to that, in 2016, the industry saw annual sales of catfish farmed in the United States reach $386 million, a 7.2-percent growth over the average annual sales during the last five years. 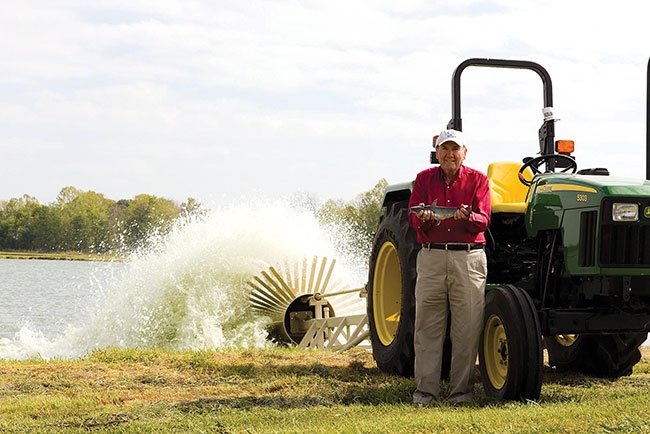 How times have changed. US farmers are now faced with oversupply, falling prices and an uncertain 2019.

“Some four or five years ago we didn’t have enough fish, people weren’t producing the fish because prices were down, and we couldn’t meet the demand,” recalls Sid Nelson, chairman of the Alabama Catfish Producers. “But when prices came back up, in 2015 and 2016, there was a pretty good expansion. A lot of the Mississippi farms went back into production. Some of them renovated ponds to make them more efficient and raise more fish per acre. Some went into producing hybrid catfish – the blue channel cross – you produce more per acre with that. So we produced more but it was just more than the market would stand.”

“The last year-and-a-half has been pretty bad,” acknowledged Townsend Kyser III, president of the Catfish Farmers of America. There was an oversupply caused by a lot of production increase and a warm winter in 2016 that allowed farmers to feed a lot more feed thus growing a lot more fish. If we have a 310-million-lb market and we raise 340 million lbs, the 30 million lbs of excess production takes about two years to work through the marketplace,” he says.

Big fish, no good
Compounding the oversupply problem is the addition of big fish in the mix – catfish weighing beyond the maximum ideal of 4 lbs that processors want. In a slow market, catfish processors that have their own ponds begin to process their own fish first and buy from other farmers only when needed. Delay in getting the fish to market means they spend another year or so in the pond where they continue to feed and get too big, consequently driving down the price paid to farmers, explains Nelson.

In 2017, the average price for “premium” catfish weighing 1 to 4 lbs was $1.2 per lb, while “very large” fish weighing over 4 lb was only $0.71 per lb on average, according to the Catfish Economic Outlook presentation of  Terry Hanson, professor and extension specialist at Auburn University.

“Big catfish give us problems. They depress the price,” Nelson says. “Processors pay less for those they can’t process if they are over a certain weight. And hybrids too, they grow so much faster so this adds to that problem.”

Asian imports
Another challenge – although lately to a lesser extent – are imports of catfish-like products from Vietnam and catfish from Thailand. Since the 2001 implementation of a bilateral trade agreement between the United States and Vietnam, imports have taken some of the market from US farm-raised catfish. 2017 saw for the first time a decline in imports – by 18 percent to 228 million lbs from 279 million lbs in 2016 – according to the US Census Bureau.

“Yes it is a little bit better than it’s been but they’ve stolen a lot of our markets with under-priced Vietnamese-government-subsidized fish. Its been hard to win those markets back,” says Kyser.

For Nelson, Asian imports are the biggest problem for the industry. “In early 2000 we were a 650-million-lb industry as processed, dressed fish. In 2018 we were at 320 million lbs; we’ve been this size for the past six to eight years now. All of that came about because of imported fish. They came in and undercut the price. That knocked the industry down by about half. That’s definitely the biggest problem.”

“All we ask for is to test them under the same strongest tests we US farmers are subjected to,” he adds.

In the third quarter of 2018, certification of Asian imports began, according to Kyser, but he is skeptical about the quality of inspections those imports are subjected to at the source.

Kyser explains: “As the letter of law reads, they (exporting countries) have set up their own inspection program that are inspecting fish like they are supposed to, but I find it  difficult to believe that they were able to put together in three months a program similar to ours that took us 18 months to set up, considering that the USDA was already up- and-running as an organization.

“I can’t believe a third-world country will be able to set up so quickly something that we have been doing for years with meat, poultry, pork, and for 18 months for catfish. I find difficult to believe that their standards are the same.”

He acknowledged however that the imports are re-inspected at the US border “and tested for residues which we know they’ve been using.” “We are watching that closely,” he adds.

Buy American
Kyser and Nelson encourage American consumers to specifically ask for “US Farm-Raised Catfish,” which is The Catfish Institute’s generic brand. At supermarkets, Vietnamese catfish are labelled “pangasius,” “tra” or “basa” because they are a different species of catfish than the kind grown in the US (channel catfish). And to be aware of any “white fish” that cannot be linked to a source.

“Down here, on the menus now on the gulf coast, there’s white fish. If you look at white fish, it’s a fish grown in really cold water. That’s not what they’re getting there. White fish is nothing but a generic name for any kind of white fish they put on our plate. And most of it is pangasius. Consumers don’t know what it is. They know it as a clean white ocean fish when it’s actually a farm-raised Asian fish,” says Nelson.

Kyser admits it’s hard to sell US farm-raised catfish as a premium product beyond the traditional southern markets where catfish has been part of the culture – Lousiana, Arkansas, Missouri, Alabama, Mississippi and Texas, and a bit in Chicago and Los Angeles, California.

Both he and Nelson opined that processors have become complacent in promoting catfish into new markets partly because for a couple of years – 2014-2016 – there was supply shortage and therefore there was no need to promote to try to expand the market.

“The other problem is that different areas prefer different fish. Cod and pollock are more popular in the northeast, and in the northwest, salmon is way more popular, and catfish is just more popular in the south. If you’re going to come across fried cod on the menu in the south, it probably won’t go over very well because people around here are used to eating catfish, the same as if you go further south, it will be hard to get people to eat catfish,” Kysers observes.

Outlook
The current reality in the US catfish farming industry is, unfortunately, not new. “Business had always been volatile for 50 years but the swings are getting greater and the margins are getting smaller, and your exposure and the cost of doing business is growing,” says Kyser. “It’s three to four times the risk now than there was 30 years ago and if there’s no reward for the risk there’s no sense in taking it. Two to three bad years could destroy a lifetime of building equity.”

Despite the challenges, Kyser sees a glimmer of hope.

“You really could flip a coin in 2019,” he says. “I say that because there’s conflicting reports about what the swimming inventory of the industry is. One side of the coin is if the inventory is still too high and the fish is still too big then the price is still going to stay where it is. Other reports say yes there’s a lot of feeding out there but that feeding is maintenance-feeding larger fish and not growing a new crop. If there’s no new crop coming out from under last year’s crop, then fish are going to be short. And you can really flip a coin because you can find arguments in either direction.

“I tend to want to believe that a lot of the feed that was fed was keeping a crop that was already there and not growing any fish under for 2019 so it will create a little bit of a shortage. Not shortage in the marketplace but a shortage to drive the price up a little bit for the farmers.”

Meanwhile, some farmers are already thinking of exit strategies, both men say.

“There’s no expansion right now absolutely. There are a lot of people looking at exit strategies. If the industry does not get a turn for the better it will probably shrink a little bit more,” says Kyser.

He notes that while farmers in the Mississippi delta could go back to planting crops, those in Alabama cannot. “I’m not sure what we can do with the ponds in Alabama. Our land is too hilly and it would be cost-prohibitive to reform the land to try to grow grain because grain is down as well.”