A WORLD-FIRST FOR PEI MUSSELS 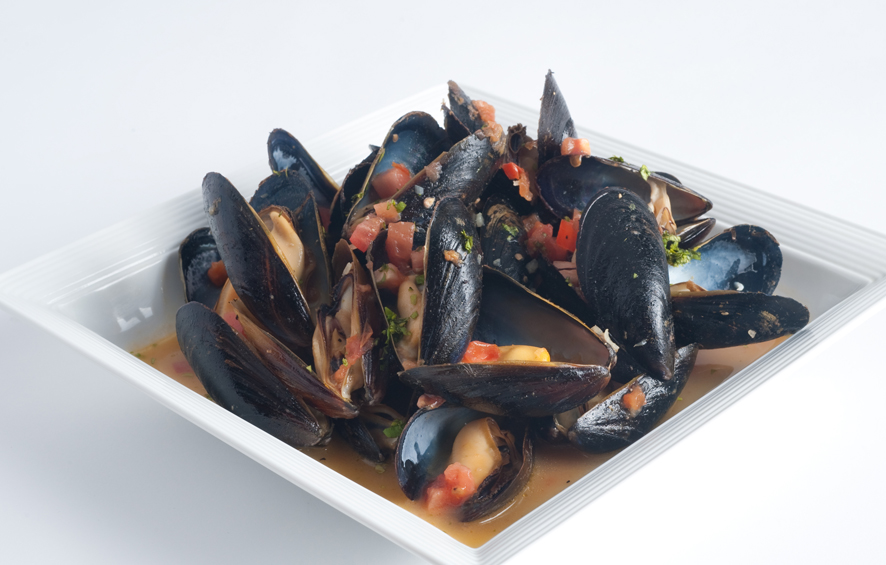 They were hot off the mark since the BAP mussel farm standards were only finalized last August, barely six weeks before GAA announced the certification in October. All of the company’s sites are included in the certification.

Atlantic Aqua Farms was established 1989 with a small production facility in Orwell Cove and mussel leases in several bays around PEI. In 1997, the company expanded and built a 100,000 sq. ft. holding and processing plant in Orwell Cove, with an annual capacity of over 20-million pounds.

In 2001 and 2002 they expanded into Nova Scotia and over the years they have acquired additional acreage in PEI and are among the largest mussel farmers in Canada. In addition, the company buys mussels from many third party growers. They are now North America’s largest producer and processor of rope-grown mussels, all marketed under the “Canadian Cove” brand.

Besides meeting all local regulatory conditions, the company has to demonstrate that the culture technology adopted meets stringent criteria for environmental sustainability, and all processing, packaging and marketing must meet standards that minimize the ecological footprint of the whole enterprise.

Asked why obtaining BAP certification was a priority for the company, Terry Ennis, president and CEO said: “Quality means everything to Atlantic Aqua Farms: the entire team strives to produce the best quality mussels on the market. Our processing facility is food-safety audited under a recognized Global Food Safety Initiative (GFSI) program, and we saw eco-certification as the next natural step in continuing our commitment to quality, food safety and environmental stewardship. The GAA’s BAP program meets both our environmental stewardship needs and our customers’ desire to purchase environmentally friendly eco-certified seafood. Achieving BAP certification confirms our commitment to responsible aquaculture.”

According to Terry, proactively managing their farms involves many factors such as line spacing, stocking density, and knowing how each bay and lease performs twelve months of the year.