Auburn University professor Rex Dunham is the recipient of the Southeastern Conference’s 2019 Faculty Achievement Award for Auburn, Ala. 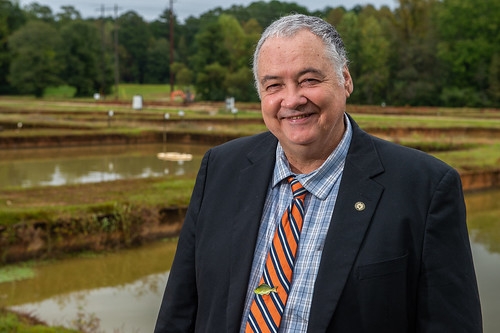 Dunham is internationally known for his research on the genetic improvement of catfish, focusing on efforts to positively impact food production for farmers, increase yield for processors and improve food quality for consumers without negative environmental effects.

He will receive a $5,000 honorarium from the SEC, and become Auburn’s nominee for the SEC Professor of the Year, who will be selected from 14 nominees representing SEC universities.

“Dr. Dunham is an exceptional professor and scientist whose work continues to make a tremendous impact on the quality of our food and the health of our economy,” Auburn President Steven Leath said in a release. “His commitment to excellence is evidenced by both the success of his students and his research endeavors.”

Dunham’s research has led to two major changes in the genetic type of fish used in the U.S., the latest transforming the channel catfish industry into a majority hybrid catfish industry. He has taught in four countries and conducted research in or with collaborators in 18 countries and has mentored more than 75 students earning their masters and doctoral degrees. He has published nearly 400 scholarly works, including more than 200 peer-reviewed journal articles and two books.