Algae-based vaccine for aquaculture in the works

Cork, Ireland-based MicroSynbiotiX is testing a microalgae-based oral vaccine, which it hopes will reduce the use of antibiotics in aquaculture and offer an effective alternative to hand-held intraperitoneal injections and current oral vaccines. 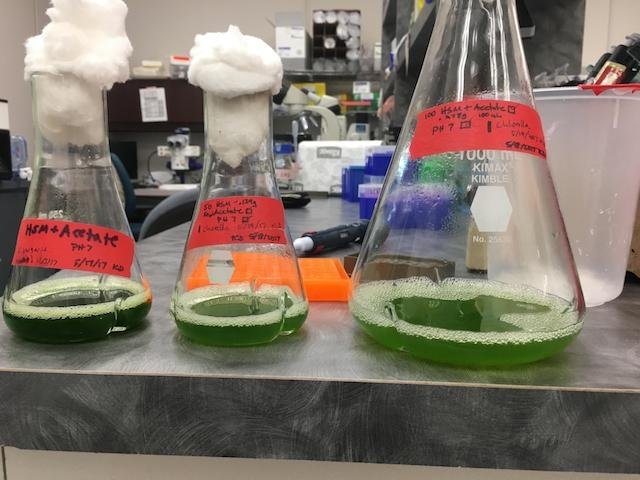 The vaccine will come in the form of a freeze-dried powder, avoiding the need for cold storage and making the treatments more feasible in remote locations. Amongst concern over antibiotic resistance, MicroSynbiotiX CEO Simon Porphy  notes that bacterial vaccines have allowed the Norwegian aquaculture industry to greatly reduce antibiotic use.

While the technology may seem new and unproven, Porphy adds that microalgae is essentially a plant, and plant-based oral vaccines have been available for decades. By replacing the required greenhouse with an enclosed fermentation bioreactor, the potential environmental impact is reduced and batch-to-batch consistency is achieved.

The company has raised roughly $1.3 million (£1 million), which includes their 2016 Blue Economy Challenge winnings. This gives the company the seed funding to add three members to its team as they move on to the next phase.

Invivo challenge trials are expected to conclude before the end of 2017, which will be followed by field trials.

Porphy says that navigating the rigorous regulatory process will keep their products from hitting the market until 2021, but he is confident the product will make a significant impact.

“We’re certain our product will be more effective than the conventional oral vaccines based on the scientific information that’s already available in open domain,” says Porphy.

MicroSynbiotiX continues to seek new strategic partnerships, in particular with animal health companies, as they move forward into the variables of field trials. Porphy appreciates the challenge of being a small operator in a world of larger companies, however.

“Our story is like David vs. Goliath,” says Porphy. “We’re a bunch of young scientists who are entrepreneurially driven. We felt that there was a huge technology transfer gap and there’s a financial opportunity in this gap.”