Atlantic Sapphire is well into the construction of the Miami version of their Bluehouse – an all-in-one aquaculture production facility that houses every stage, from hatching broodstock to processing of the harvest. As CEO Johan Andreassen watches his vision for an American Bluehouse take shape with each passing day, he keeps his eyes on a larger prize – a giant US market that imports the vast majority of its consumed salmon. “I think the consumption of salmon here can double over the next 10 years, if done properly,” says Andreassen.

The company is preparing for an increased demand for salmon. It plans to exponentially expand the Miami Bluehouse in size and scope as it moves through different phases. Phase one is due for completion by the yearend and will see its first harvest – 9,484 metric tons head-on and gutted (MT HOG) salmon – by the second quarter of 2020. Phase two will add 20,000 MT HOG by 2023. Phase three will add another 60,000 MT, for a total production of nearly 90,000 MT HOG, by 2026. The initial 384,000-square-foot facility in phase one will grow to four million square feet by phase three. The 100 direct jobs and economic impact equivalent of 2,700 jobs of phase one is predicted to grow to 21,000 indirect jobs by phase three.

While the idea of including every step of the seafood value chain under one roof is unique, it’s not a new idea, says Andreassen. “If you look at everything from broodstock through hatch, through parr, pre-smolt, smolt, post-smolt, what we are doing here is exactly the same as the entire salmon industry. Then we grow out the fish to five kilos, that’s basically what we are innovating and what we are doing differently from anybody else. Once the fish is five kilos, it goes into a slaughterhouse and a processing facility that’s also exactly the same technology and concept that is widely used throughout the industry.”

By housing the supply chain in one facility, the product can reach the market quicker and fresher. But this also means much more planning on the front end for Atlantic Sapphire to avoid potential issues. While recirculating aquaculture systems (RAS) are much more secure and have a smaller risk of virus issues than other facilities, Andreassen states emphatically “nothing is virus-proof.” The original Bluehouse in Denmark served as a dry run where most of the kinks in this type of facility were ironed out. In 2012, there was a furunculosis bacteria outbreak. And once such a virus gets into a recirculating system, it’s a significant problem to get rid of it because the water keeps recirculating. That’s why it’s so important to have protocols and protections in place to begin with.

“You have to have a very, very thorough pre-treatment of the water, and high hygienic standards, and procedures on all the stuff that you’re bringing into the farm.  Most of the people that are producing fish on land, they’re using water from a pipe into the ocean or they’re piping water from rivers or streams and those are not biosecure. You have fish, you have algae and you have living organisms in the intake water. In the case of South Florida, we’re using a deep-laying artesian aquifer that’s 2,000 feet below, where the water is completely biosecure. So that’s a huge edge that we have here.”

To deal with the furunculous is issue in Denmark and avoid such issues in Miami, Atlantic Sapphire designed a new water treatment system with a double firewall for pathogens, and improved their bio security routines. Another risk factor, for any farming situation, is hydrogen sulfide intoxication, which the Danish Bluehouse experienced last year. In response to that, the company updated the design of their bio filters, developed a new sensor to measure H₂S and made changes across the system to prevent sedimentation.

Due to such intense precautionary measures that are required, some larger salmon farmers do not feel that RAS technology is ready yet to operate in larger scale production. Andreassen feels that such concerns are unwarranted.

“Broodstock salmon have been raised land-based for 20 years, right? It’s not a question if it’s feasible to get the salmon to grow to a large size in a land-based environment. Obviously, when you do commercial food fish production, you have higher densities and you need to dimension the technology accordingly, so it can keep a higher volume of game per cubic meter of tank volume.”

No matter what the challenges, Andreassen feels it will be worth the benefits that their approach will bring to aquaculture production. Citing how net-pen farming was recently banned in Washington State, for example, he notes that the Bluehouse concept addresses all of the issues associated with net-pen salmon farming, including microplastics. “I think microplastic is going to be one of the largest [problems]. I call it the next CO₂.”

More than that, however, is the fact that consumers are becoming more concerned about the origins of their food and seeing how it comes to their plate. Having the entire supply chain under one roof means that question is much more easily answered.

“I also think that once we have ‘Product of the United States’ [label] on our products, it will appeal more to a lot of consumer groups here,” says Andreassen. “We have a very open philosophy. We want to create trust amongst the consumers so we have designed our farm in a way we can have tours. People can see exactly how the fish are being raised so we can create that confidence that what we’re doing is good both for the fish, for the environment and for the consumer.” 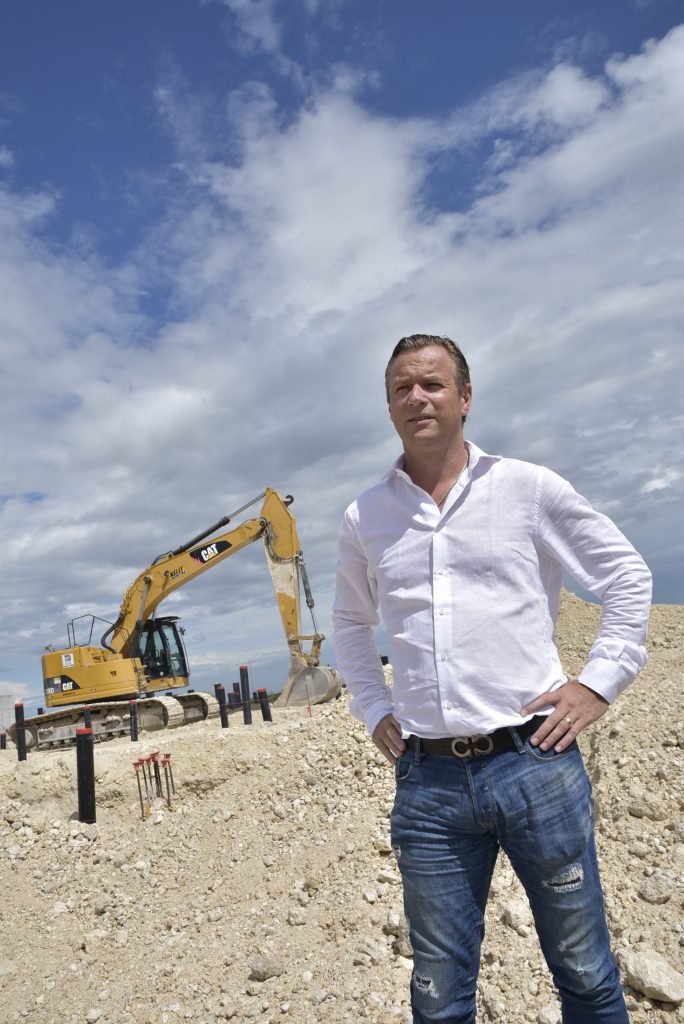