Another use for salmon waste 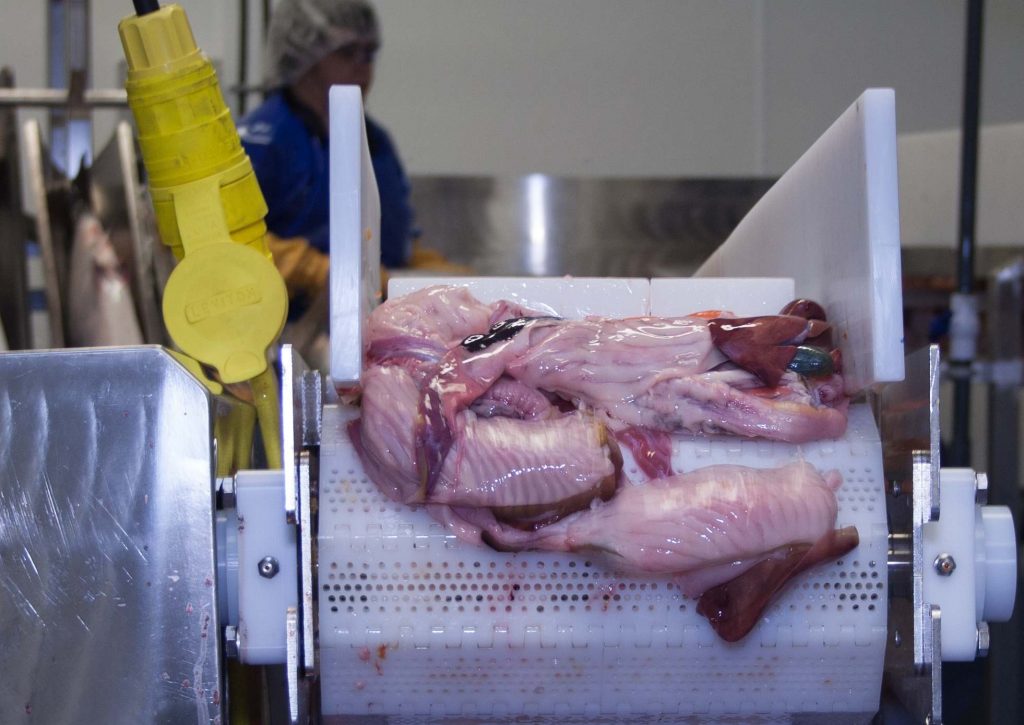 What to do with all the waste associated with salmon processing has long been a concern of the world’s aquaculture industry. In Newfoundland and Labrador some has been sold for mink feed, and a lot has been taken to landfills. Now another use is being researched in this eastern Canadian province.

In a technical paper entitled “The Potential of Fish Processing Waste for Biodiesel Production” Dr. Dave Deepika, a research scientist at the Marine Institute of Memorial University of Newfoundland, concludes that there is potential to convert much of the offal, morts and the other discards into fish oil and then to biodiesel biochemically.

In the paper Dr. Deepika reports that they have had some success in producing biodiesel with emphasis on using a minimum number of chemicals, admitting that it is not easy to convert the salmon oil to biodiesel.

Dr. Deepika and the team note that, “Based on this study, all characterized oils have potential use as biodiesel feedstock with proper handling and storage and implementation of pretreatment for removal of free fatty acids and phospholipids. The study also shows that the oxidative stability of feedstock depends on the presence of natural antioxidants, degree of unsaturation, and branching of the chain. Moreover, the stability of biodiesel produced can also depend on the biodiesel production process used.”

In other words, there are many challenges to getting it right. Dr. Deepika does say that the research will continue.

The study described above has a similar conclusion to a 2010 study by Taku Renewable Resources in Juneau, Alaska: converting fish oils obtained from fish waste to biodiesel is technically very challenging.

Both reports conclude though that there is potential to take the tonnes of waste from the salmon farming industry and turn it into a fuel to be used in diesel engines, the challenges notwithstanding. More study and research will no doubt continue and the salmon aquaculture industry will watch closely.

It would be to their benefit to generate another revenue stream from the waste which is close to 50% of the processed salmon. Presently, much of the waste in Newfoundland is sold as a protein source for mink farms; many of the mortalities were either sold to a buyer for processing to fishmeal or taken to the super dump in Norris Arm, Newfoundland, where they were buried in a landfill.

Two years ago a company with Chinese connections proposed converting the waste to pharmaceuticals, including glucosamine; the intention was to bring the equipment from China to the dormant groundfish plant in Gaultois (three miles from Hermitage where Cooke Aquaculture does processing). However, the proposal did not go ahead.

Photo caption – At the moment offal from the primary processing of salmon at Hermitage Processing Inc. is taken by a central Newfoundland Company for mink feed, but the company hopes a process can be perfected whereby the waste can be sold for conversion to biodiesel