A new research effort out of the University of Wisconsin-Madison is examining the benefits of using preen oil extracted from chickens in aquaculture. Dr Jake Olson, an assistant scientist working with Dr Mark Cook at the Department of Animal Sciences, says the oil has benefits as an anti-inflammatory and as a health and growth booster, and is particularly effective when administered to smaller fish. 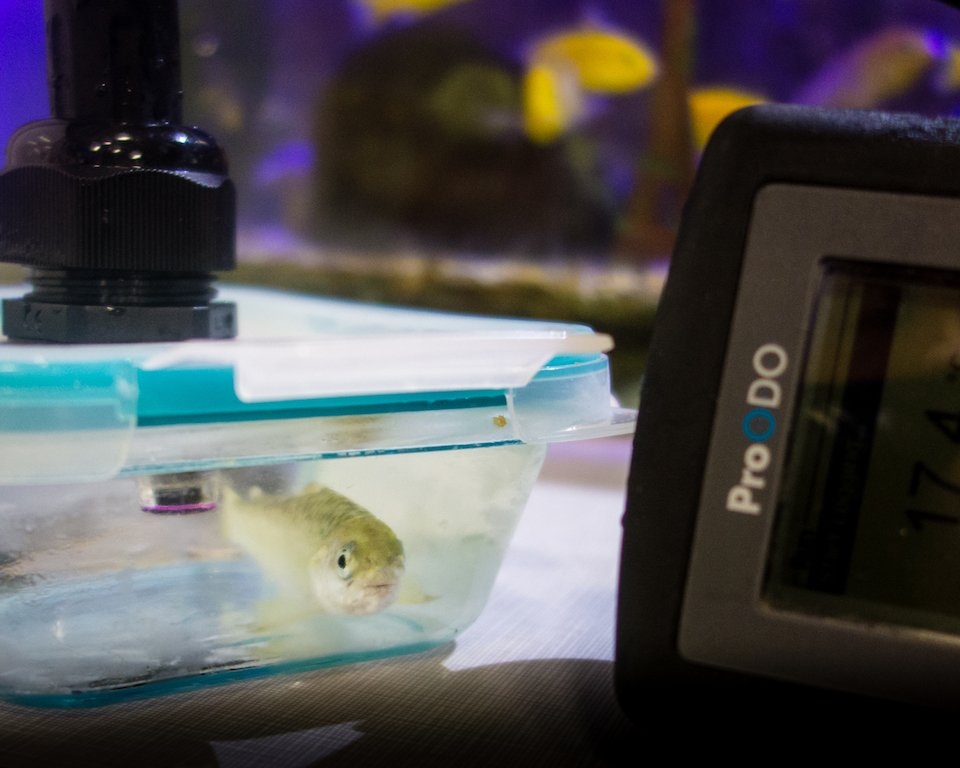 Preen oil is a plentiful resource as the preen glands of chickens are not used for any productive purpose. “They’re basically garbage,” says Olson, so they can be obtained extremely cheaply. After conducting trials on mice to determine the oil’s potential anti-inflammatory benefits, the researchers tested it on two dominant fish species in Wisconsin – yellow perch and wall eye – and on fathead minnow to look at the oil’s potential in feed applications. They soon discovered the oil had beneficial properties, but was particularly effective in smaller fish.

“We can’t feed five-kilogram fish, we can’t feed adult salmon, as that would be their market size,” says Olson. “It has to be a smaller fish who will benefit from this — fish that we don’t have to feed throughout their entire lifetime, otherwise the product doesn’t make any sense.”

In the trials with walleye and perch, the growth effect was hit or miss. However, the effect as it related to stress factors was unmistakeable. Throughout the testing process, whenever an accidental stressor occurred (such as problems with water temperatures and filtering equipment failures) the fish that had been fed preen oil always dealt with the stressors better than those without.

Inspired, Olson says, they began looking into Atlantic salmon operations and discovered that when salmon reach the age to be transferred from freshwater to sea water, about 10 percent will die annually due to stress-related opportunistic infections. That works out to over $400 million in lost revenue globally. As Norway is the number one Atlantic salmon producing country in the world (shouldering roughly $250 million of those worldwide losses), that market has become the immediate target of their research.

“They make up a pretty good chunk of the global Atlantic salmon production,” says Dr Olson. “We think they have the largest share of a large problem. And we know right now that we have the material to meet at least their need. What we’re hoping to do is make an impact where it seems to be hitting hardest, which is Norway.”

They call the oil product itself Cosajaba oil – a combination of the names of the scientists Mark Cook, Jordan Sand, Jake Olson and Terrance Barry. The researchers will continue to work with industry partners, such as Wisconsin’s Superior Fresh Fish, to advance the product’s development. Olson says the company is now at a point where they have to make a decision – whether to develop their own company producing Cosajaba oil for various markets, or to licence their process for others to use.

“Right now, we’re at a really good place for this project to go either way,” says Olson. “Timeline wise, in about a year, we’ll probably be talking to customers at that point. We’re not that far away. I’m hoping in about a year we already have something to offering.”