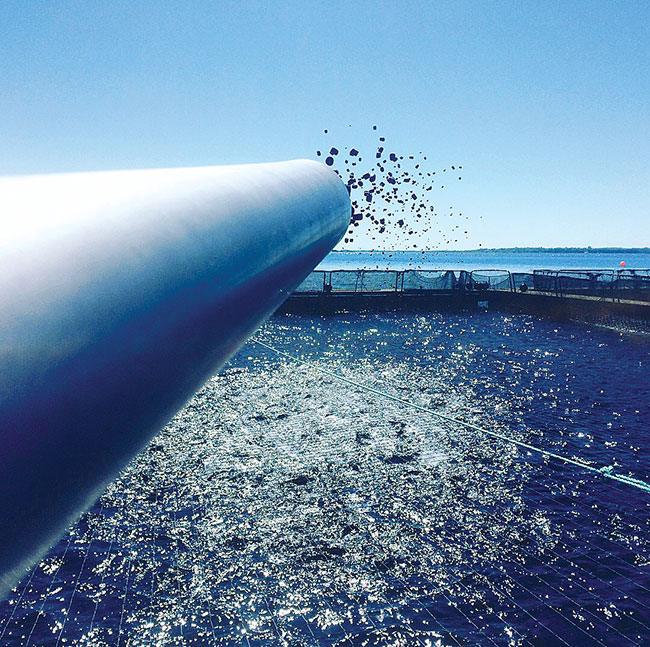 The industry can make strategic use of fish oils in fish feed by feeding these essential compounds to farmed fish at key life stages, a new study suggests Credit: Cole-Munro Fisheries

Aquaculture is a major consumer of EPA and DHA but it could also help fill the supply gap in these fatty acids caused by dwindling fish stocks and a growing population, suggests a new study.

“We can’t take any more fish out of the ocean,” said Hamilton, PhD candidate at the Norwegian University of Science and Technology. “That means we really need to optimize what we do have or find new, novel sources. We need to look at how EPA and DHA are produced and consumed by humans and in the ocean.”

They suggest the industry can make strategic use of fish oils in fish feed by feeding these essential compounds to farmed fish at key life stages, especially right before the fish will be slaughtered for consumption.

A “culture change” in aquaculture may also be in order so that fish by-products, such as innards and heads, can be processed into fish feed and fish oil. Collection of these “wastes” may be straightforward in the West because fish are gutted and processed by industry, unlike in China, specifically, where the culture is to filet and gut the fish at home, the authors said.

“Ihe researchers’ analysis also showed that aquaculture species that don’t depend on fish oils in their diet, such as mollusks and carp, are major producers EPA and DHA.