As the first in-person industry event to be held amidst the COVID-19 pandemic, Aquaculture America finds the industry appears not quite ready, says columnist 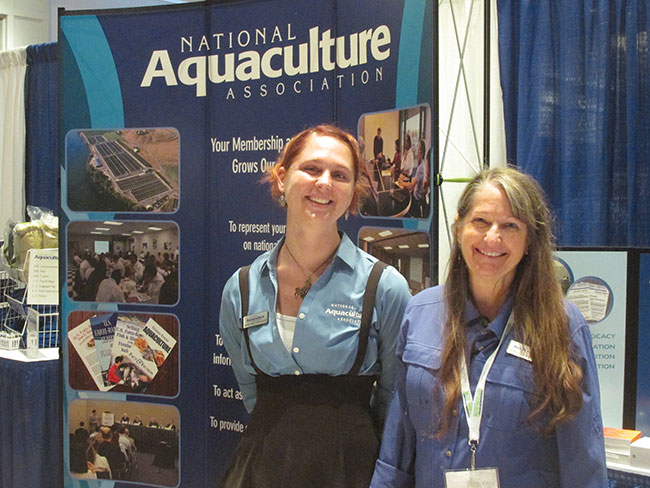 Half-full or half empty? It depends on how you look at it, but visitor numbers at this year’s Aquaculture America saw a 52-percent decline in attendance compared to the previous edition held in February 2020 when COVID-19 was just beginning its assault in North America.

But success, like other matters of judgement and opinion, such as beauty, is in the eye of the beholder. As the abovementioned numbers show, AA 2021 was not a major success; however, it did demonstrate that a respectable conference and trade show for aquaculture can be developed under adverse conditions. The organizers of AA 2021 must be commended for organizing a conference that attracted 1,000+ attendees.

The Plenary Session attracted about 250 registrants. The session featured three student presentations;  Dr Carole Engle, the former editor of The Journal of the World Aquaculture Society, offered an overview of the effects of the pandemic on American aquaculture.

A tribute to Joe McCraren, the founder and first Executive Director of the National Aquaculture Association was a nice addition to the routine business of the Plenary Session.

A presentation by the Peterson Brothers,  farmers in Kansas who tell the story of agriculture to the general public, were on hand to talk about leveraging social media. Their videos show farmers doing their jobs and having fun. The brothers suggested that aquaculture specialists with talent and a bent for entertainment could use a similar approach for presenting an entertaining, but factual story of aquaculture and the various sub-specialties within the field. I have listened to dozens of plenary sessions kicking off conferences and I find the Peterson Brothers’ presentation as the most unusual and entertaining presentation that I have witnessed. It will be interesting to see if any aquaculturist picks up on their suggestion for popularizing aquaculture and giving the public an accurate set of information about the products produced by fish and shellfish farmers.

Very few presentations were made by experienced senior managers or researchers. Young students served as the presenters for many papers and probably constituted a majority of the total number of presentations. An undesirable effect of presentations being made by unknown speakers with little or no reputation was poor attendance in the sessions. I sat in several sessions attended by fewer than 10 people. A session called “Accumulated Aquaculture Knowledge and Wisdom from Old Coots” attracted a larger crowd  of 40 to 50 people. All of the speakers were well known in aquaculture circles; the “old timers” proved that they not only have learned a lot about aquaculture, but they also know how to speak and entertain. 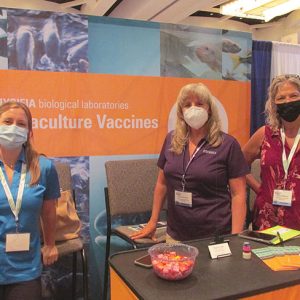 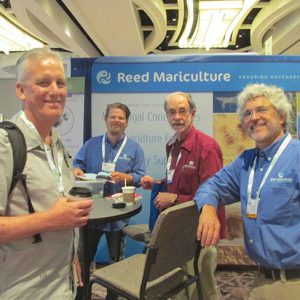 “Diversity and Inclusion in US Aquaculture” addressed the issues surrounding the perspective that US aquaculture is the nearly exclusive domain of white males. A major part of the session was provided by a representative of the Missouri Conservation Department who discussed their efforts to bring equity as well as equality to the workforce of that department.

A session titled “Is the Next Regulation, the Best Regulation?” also attracted a larger crowd, but did not answer the question. Regulations remain an anathema to fish farmers. While they may understand the environmental, animal health, and consumer safety problems that can be caused by some producers, they continue to chafe at the costs of compliance and often doubt the ability of regulators to understand the problems and the effects of the regulations they promulgate.

Typical conferences have much of their information exchanges conducted by groups of two to five people gathered in the hallways and lounge areas. Old friends and associates find comfortable chairs and settle in to swap information and personal tales. Such hallway conferences were extremely rare at AA 2021. Two factors probably account for the near absence of such conversations: the relatively low attendance by “old friends and associates;” and the absence of comfortable spots to sit and converse. The San Antonio Marriott River Center Hotel and Conference is a modern, technologically advanced facility, but it is also a sterile environment lacking the “comfy” amenities of older facilities. I was able to meet and greet a couple dozen old friends and former students, but not the 100+ I usually meet at national conferences.

Did conference attendees receive benefits in keeping with a registration fee of over $600, hotel room rates of over $200 per night at the conference hotel (Marriott), and $38 per day parking in the dingy hotel garage? Probably not. I heard serious grumbling; especially regarding the hotel facilities and prices. The conference organizers may not have had a choice concerning facilities. Commitments for the conference location and venue were made several years ago, long before COVID-19 became an ugly reality. I do not know why San Antonio and the Marriott Hotel and Conference Center were chosen at that time. I can say, however, speaking as someone who has had the responsibility for site and venue selections for major conferences; I would never have agreed to holding a conference at this hotel and conference center; and certainly not at the prices charged by Marriott.

In summary, Aquaculture America 2021 was a modest success; a relatively small conference and trade show that had several strong points. Given the circumstances and limits imposed by a global health and economic crisis, the Conference Steering Committee, the Program Committee, and the Conference Managers – John Cooksey and Noah Cooksey – are to be commended.