Our role as stewards of the industry gives us the opportunity and the privilege to make transformative changes that will impact generations to come, writes Cermaq CEO Geir Molvik 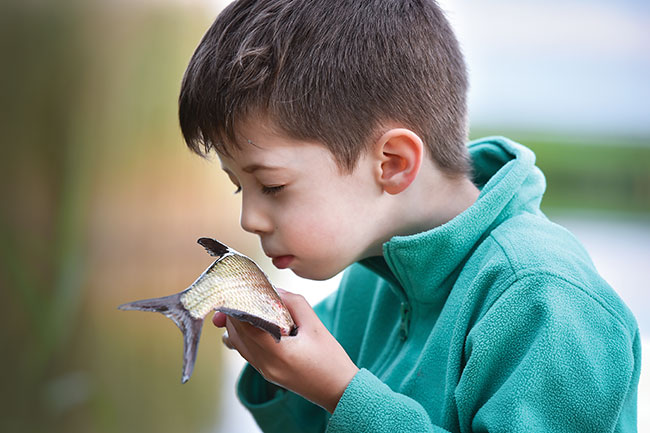 In the end, we all want a bright future for our children and grandchildren, says Cermaq CEO Geir Molvik photo: © dobok / Adobe Stock

The unique Nobel Prize Summit Our Planet, Our Future in April was a breathtaking event to everyone engaged in sustainable development.

Breathtaking in two ways – firstly because the need for fundamental changes from our current path was made so clear, and secondly because examples from the past as well as from today demonstrate that science is an efficient tool to find solutions to manage changes. The collective approach and rapid development of COVID-19 vaccines being the most recent example.

In Cermaq, we have founded leadership initiatives and engaged broadly in sustainable development in the salmon industry (Global Salmon Initiative), the seafood industry (Seafood Business for Ocean Stewardship), and the ocean industries (UN Global Compact Action Platform for Sustainable Ocean Business). Science is the at the core of our operations as well as our engagement in transitioning the food system where seafood will play a larger role.

Threat from temperature rise must trigger action
We are on a path that has taken us to 1.2°C warming so far — the warmest temperature on Earth since we left the last ice age some 20,000 years ago, and which will take us to >3°C warming in 80 years.

In aquaculture we must both adapt to changes related to low oxygen levels in the ocean, algae blooms, storms and rising ocean temperatures, and also contribute to mitigate climate change, analysing our carbon footprint, setting science-based targets and implementing changes.

Seafood is a climate winner – but the industry must improve
Seafood having a lower carbon footprint than land-based animal production is well recognised by global policymakers such as the High-Level Panel for a Sustainable Ocean Economy. But this is not enough; we must continue reducing our footprint by small adaptations every day as well as through transformative changes.

Digitalization will play a key role, not only in aquaculture, but across industries and society in general, and this technology connects industries that historically have been very different. The potential for precision in operations, from analyses of large amount of data and the use of sensors, is starting to unfold. In Cermaq, the development of iFarm, individualized farming with facial recognition, is one example of improving operations while reducing the environmental footprint and increasing animal welfare. The digitalisation of operations can also be used for real-time automated reporting to authorities, reducing workload for companies and improving efficiency.

Fish supports public and planetary health
Far too often fish is seen as a resource only and sustainable production focus on the footprint of production without looking at the impact of consumption. No food production comes without a footprint. The health impact of what you eat is recognised, health authorities recommend increasing seafood consumption worldwide. But the two aspects of health and sustainability are not well connected.

In 2021, major global summits will generate political and societal momentum for action on climate, biodiversity, food systems, desertification, and the ocean. Aquaculture intends to increase this connection; the relatively small footprint compared to the large health benefits of seafood consumption. That must be recognized when we are transforming our food systems.

Sustainable, healthy protein is needed
The summit addressed many more aspects than the climate and environment, e.g., social conditions, population growth and migration. According to the Nobel Prize Laurates Call for Action, the urban population will increase by about 1.3 million every week until 2050. This growth will increase pressure on agricultural land. Our growth potential for protein production lies in the ocean.

Fish feed requires some agricultural land, but far less than the farming of land-animals. We must use our arable land effectively and hence fish feed is a better growth option. In Cermaq, we are proud of the employment our operations represent in multiple communities, and not at least the ripple effects from our operations resulting in robust and viable communities. Ocean stewardship is not enough, enhancing social capital — building trust within societies and between societies is needed for planetary stewardship.

Balancing for a holistic solution
Time is running out. 193 nations have adopted the Sustainable Development Goals. We are in the decade of action towards 2030. The industries are critical for our common success, says Marcia McNutt, President of the National Academy of Sciences of the United States. “While policies that are adopted by government can be important in motivating the right behaviour, unless industry embraces this as part of their core values, we’re not going to have any success.”

Cermaq’s call to action to politicians is to make brave policies and decisions, to recognise that all activities come with a footprint, to balance the alternatives and prioritize those which in total provides the best solution.

In the end, we all want a bright future for our children and grandchildren – Our planet, Our future.

Geir Molvik is CEO of Cermaq, one of the leading global salmon producers. Geir is deeply engaged in the global agenda and the role of seafood. He parlayed this passion into salmon aquaculture, where he held various roles in farming operations and feed production in Norway, Canada and Tasmania. Geir is also a board member of Regal Springs, the world’s largest integrated tilapia producer.