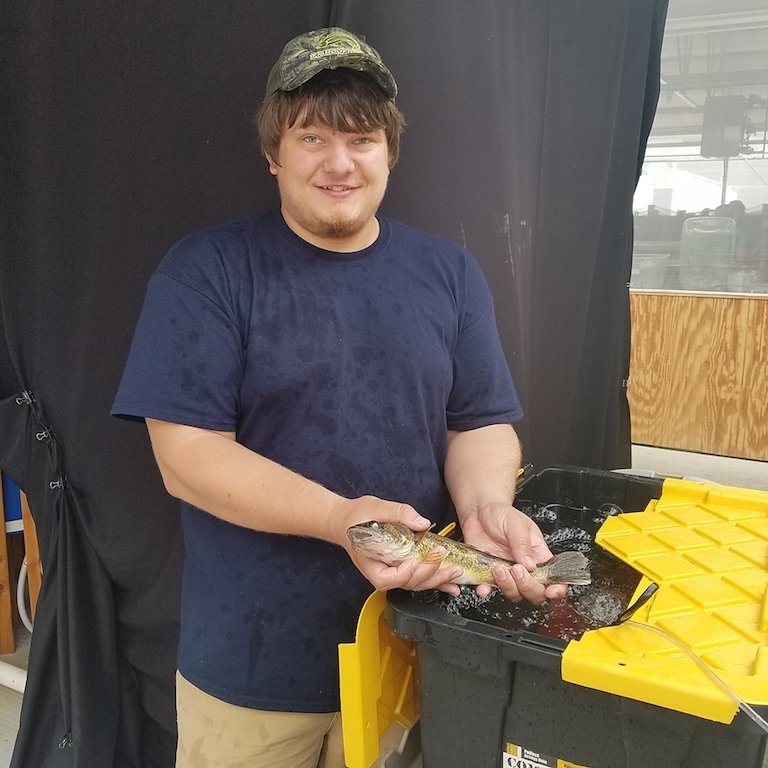 Intern Colton Branville harvests saugeyes after a year reared in various aquaponics systems at the UWSP. Younger people are especially intrigued by aquaponics’ sustainability as a method for food production

Hartleb, who follows the state’s aquaculture industry, says an influx of newer, younger fish farm owners and the rapid rise of aquaponic farms is spurring industry growth. “Generally, the growth of Wisconsin’s aquaculture industry has been stagnant for the past 10 years with as many new businesses opening as others closing,” he tells Aquaculture North America (ANA).

He says younger people are especially intrigued by aquaponics’ sustainability as a method for food production; the concept of raising both a protein and vegetable crop together; and the farm-to-table concept. “Growers and consumers alike want to know where their food is coming from and to be able to purchase fresh produce right around the corner,” says Hartleb.

The steady rise in the number of students enrolled in University of Wisconsin-Stevens Point’s aquaculture and aquaponic programs points to the trend that more people are interested in sustainable and locally grown food. For UWSP aquaponic courses, the school says over 320 undergraduates and 17 graduates have taken the courses since their inception in 2012. In collaboration with aquaponics industry leader Nelson and Pade Inc, the Aquaponics Master Class has now educated over 1,400 students from over 101 countries and all 50 states since the course began in 1997.

Hartleb sees the state’s aquaculture industry growing further with the signing of the “Fishing for Our Future Act” by Wisconsin Governor Scott Walker on June 23, 2017. “It helps relax some of the burdensome regulations and squarely puts Wisconsin aquaculture in the category of agriculture. So now Wisconsin fish farms are not at a competitive disadvantage to neighbouring states,” says Hartleb.