Aquaponics to the rescue

“I am going to tell you something that you already know intuitively, that aquaponics is helping to rebuild the US aquaculture industry,” Dr George B. Brooks Jr tells the audience at this year’s Aquaculture America conference.

Brooks is an adjunct faculty member in the Department of Agriculture at Mesa Community College in Phoenix, Arizona and is actively involved in the evolution of urban agriculture and business development in the city.

Brooks noted that in the 1990s the US aquaculture industry was in serious trouble. There was an ageing workforce, difficulties in finding employees, a lack of new young entrants, a dearth of innovation and a reduction in extension programs. Then came the huge planes that enabled extensive low-cost imports, disrupting the business model for fish and seafood in the United States.

However, Brooks believes domestic production of fish and other species can recover in the US, and the market is huge. In a post on ‘The Aquaponic Gardening Community’ forum in November 2017, Brooks stated that “the United States currently only produces 10 percent of the seafood it eats,” producing about 500 million lbs of the 5 billion lbs that’s consumed annually. “For us to just increase that by 5 percent of the total would require an additional 250 million lbs of product,” he stated, which is “far from impossible.” He says “millions of dollars are now being devoted to reviving our industry. The only question is what role will aquaponics play?”

Brooks believes that it will play an important role across the nation, and shared many signs of progress during his Aquaculture America 2018 presentation. As an example, he pointed out that in Wisconsin, the number of aquaculture farms has recently jumped from 2,300 to 2,800, with 300 of the 500 new farms being aquaponics operations. In Brooks’ home city of Phoenix, large organizations like Vitalyst Health Foundation are actively supporting aquaponics and other types of urban farming because, he says, the products “can provide health, healthy neighbourhoods, healthy people.”

Municipal leaders, adds Brooks, in cities like Phoenix and Boston, so badly want urban agriculture that “we are now able with new techniques to bring this directly into the city, whether that’s a community garden, urban farm or a vertical garden…Everyone can have a farm, whether it’s in your backyard or an urban space that couldn’t become anything else.”

An aquaponics demonstration project proposal was recently put before Phoenix city council, and the ​Phoenix Office of Environmental Programs was recently awarded a $400,000 grant from the US Environmental Protection Agency to remove hazardous substances from brownfield properties and to redevelop them in ways that improve public health, including aquaponics, hydroponics, controlled environment, community and school gardens. In Phoenix as well, Mesa Community College has a ‘Center for Urban Agriculture,’ which promotes “healthy eating and living through sustainable urban agriculture, aquaponics, and local food production.” Brooks says his aquaponics courses are overbooked.

At the same time progress is being made, much remains to be accomplished for aquaponics and aquaculture in Brooks’ home state and beyond. “In Arizona,” he says, “we are seeing increasing new farms, farmers of all ages, an institutional desire to support these farms and successful training programs, but we need new system designs, a processing hub, new species, we need an experimental station, and we need more access to capital.” 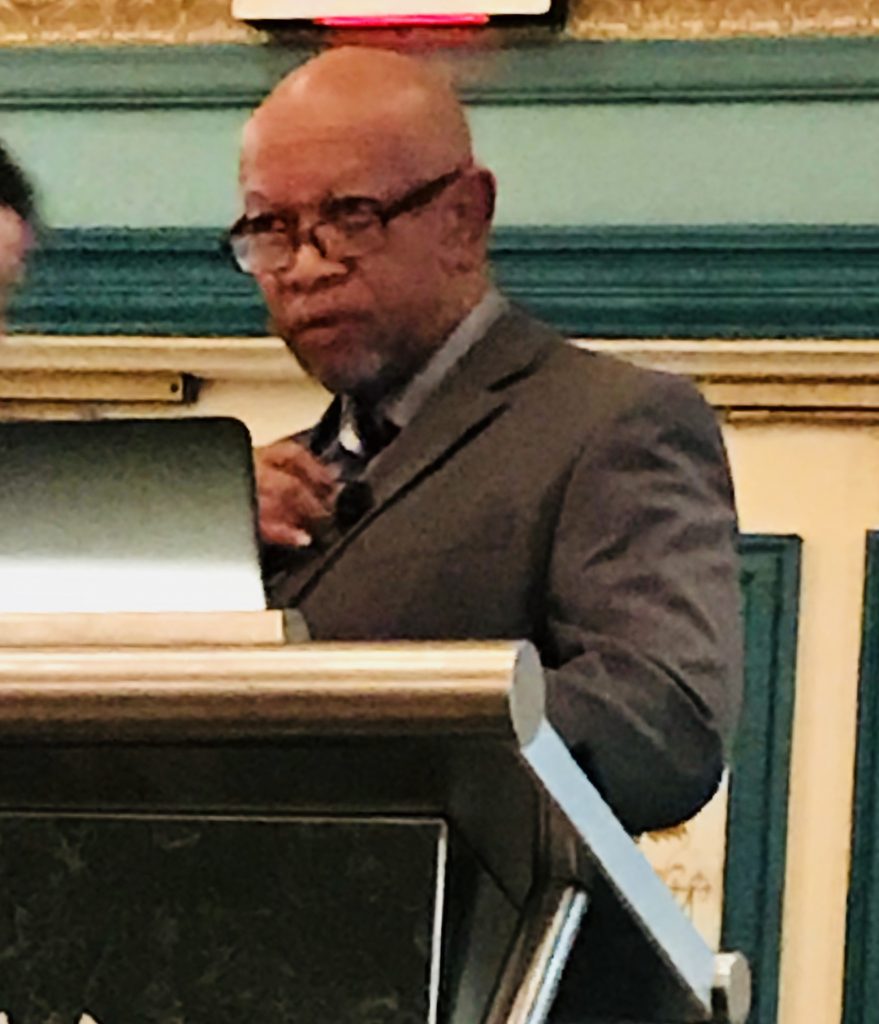 Dr George Books Jr of Mesa Community College believes aquaponics will play an important role across the US. His aquaponics courses are overbooked
Print this page