News
Are Americans ready for this revolutionary, yet controversial salmon? 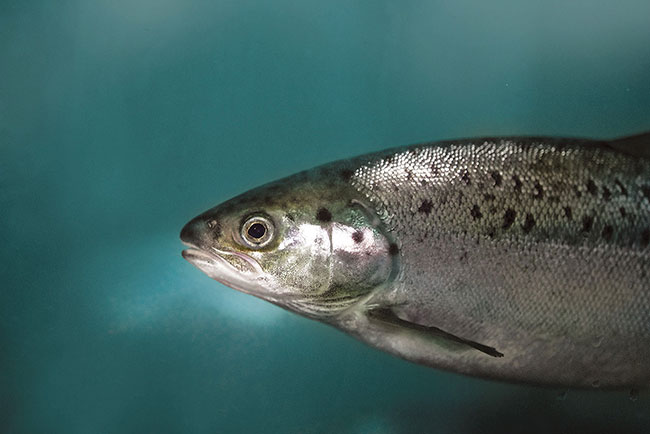 2021 will mark the entry of the first genetically modified animal into the US food supply chain, 24 years after the first GM food (the Flavr Savr tomato) appeared on US supermarket shelves.

AquaAdvantage Salmon (AAS),  genetically modified so that it grows faster than conventional salmon, is scheduled to become commercially available this month or in early May.

Developer AquaBounty saw a tumultuous if exciting 30-year journey to this point, jumping through regulatory hoops and bearing the brunt of criticisms, misinformation and mischaracterizations about its product. It knows there’s plenty of work to do in marketing it.

In February, foodservice company Aramark became the latest player to reject AAS. It joined other critics: foodservice giants Compass and Sodexo and 80 grocery retailers, seafood companies and restaurants with more than 18,000 locations around the US, according to the nonprofit group Friends of the Earth.

Sylvia Wulf, CEO of AquaBounty, says the disapproval stems from them not having the full story about AAS, so  the company launched a sampling program among trade customers that included retailers and food service operators such as sushi restaurants, which Wulf says are the “most relevant” sales channels for the product.

The sampling program is crucial in making target clients gain a deeper understanding of the benefits and quality of AAS, and help the company determine pricing and formats the clients consider most relevant for their markets, said Wulf.

“We’re protecting the environment, we are close to markets and our salmon is safe, secure and sustainable. This is an opportunity for us to show them the data and why our solution is so critical today.” Two retailers are rethinking their opinion after hearing AAS’ value proposition, she said.

“Seven out of ten consumers indicate a purchase intent,” added Wulf. However, it remains to be seen how this will translate in reality particularly since regulations require it to be labeled as genetically modified.

Although the company earlier called the requirement “unnecessary,” Wulf now says AAS would be proud to have the label because the technology “really allows us to provide the salmon that’s going to solve some of the problems we see currently.” It also helps the consumer make an informed decision, she added.