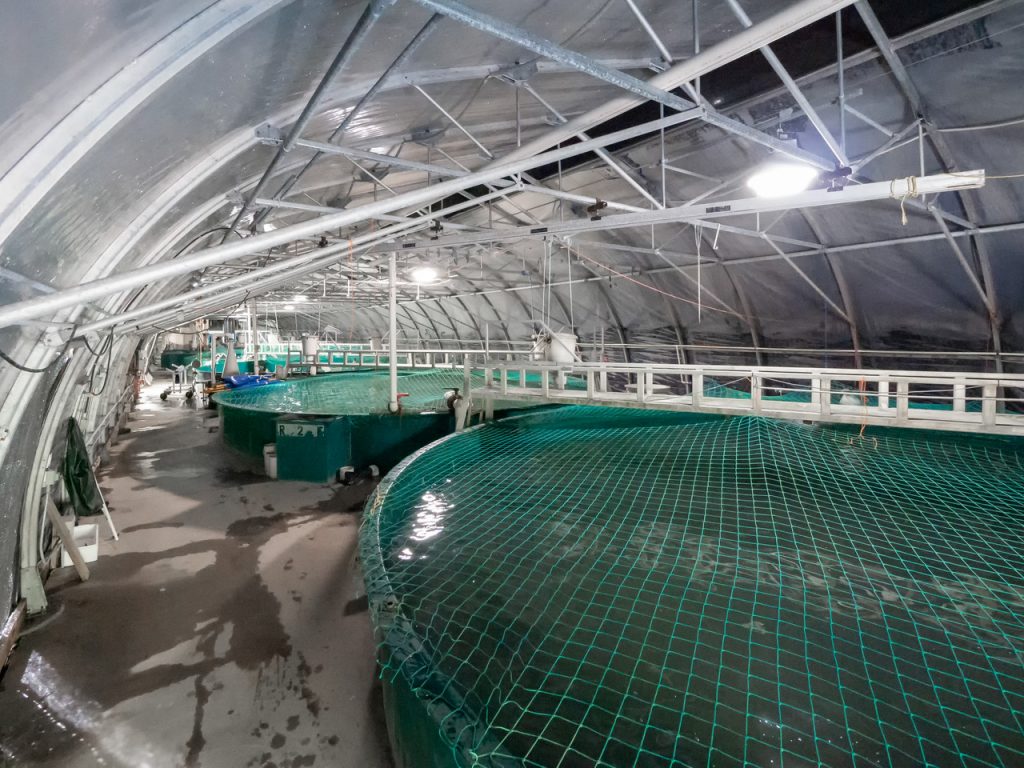 The origin story of Northern Divine Aquafarms Ltd goes back to the 1980s in a tiny coastal British Columbia town called Egmont. A 38-year old Bernie Bennett was running a fish processing plant, and found many of the fish they processed contained eggs. At the suggestion of a rep for a local fishery company, they began selling the eggs, earning around $7,000 in their first year and $15,000 in the second.

“In 1989, that was eye opening,” says Bennett. “15 years later, we were grossing a million dollars a year on egg sales from our own fish.”

Bennett and two partners started the business formally, purchasing seven saltwater sites and a hatchery in B.C. and began raising coho, Atlantic and Chinook salmon. In the late 90s, after Bennett saw the prices that caviar was fetching at a stand in Heathrow Airport on his way to a conference, the company entered the caviar market. Today they produce caviar, smoked white sturgeon meat and coho salmon eggs with on-site processing that can ship anywhere in the world.

The farm, located in Sechelt, B.C., is set on an ocean front property, but the entire operation is land-based with both indoor and outdoor tanks. Water is drawn from seven wells on site and one of the big benefits, Bennett says, is while most of the wells draw water that meets Canadian drinking water standards, the well closest to the ocean draws in some brackish salt water.

“That is, in terms of smolting salmon, gold,” says Bennett. “A little bit of salt actually mimics the conditions under which they smolt themselves when they go to sea on a natural basis. The sturgeon tolerate it very well also, and it actually makes their skin better.”

One of Bennett’s partners left the company when they sold off their saltwater operations in 2007 and the other retired two years ago. Now approaching 70, and having had two heart attacks and some major surgery, Bennett has decided that it’s time to retire. And since his daughter has her own career and isn’t interested, Bennett is looking for the perfect person to take over the business. Given the established infrastructure and logistics of the site, the ideal candidate is likely someone who is already involved in the industry, perhaps someone interested in vertical integration.

“One thing we’re not doing right now, but is becoming very popular in the aquaculture world, is growing smolts to larger sizes to reduce sea time which is where the big risks are in salmon farming, in terms of algae blooms and disease outbreaks. If you put a fish to sea at 500-600 grams rather than 100 grams, obviously, your cycle time is going to be less. We haven’t explored that but that could be of interest to somebody who has a vertically integrated operation.”

Someone who already has experience working with multiple species might be another good candidate, Bennett muses.

“Ideally, I see it as somebody who wants to fill out their line and possibly give some geographic insurance,” says Bennett. “Most major companies have multiple freshwater site and, of course, their sea sites are spread out to diversify that risk. I think we might appeal to somebody looking to do that.”

The farm put in its first recirculating aquaculture system in 1999, years before land-based recirculating systems became popular. At that time, an engineer said they would likely get around 70 to 80 percent recirculation. Bennett admits that his background isn’t really on the technical side of things, so while he can’t explain all the incremental improvements to biofilters and the like that have been made over the years, the system now achieves over 99 percent recirculation, and can generate and sustain larger biological loads.

“This technology is really taking off and it enables you to increase production quite a bit without having to increase in size,” says Bennett. “You use the same footprint to get more out of it.”