BC looking to new tech to enhance salmon aquaculture

But four farming systems identified as potentially transformative have their own challenges, says study 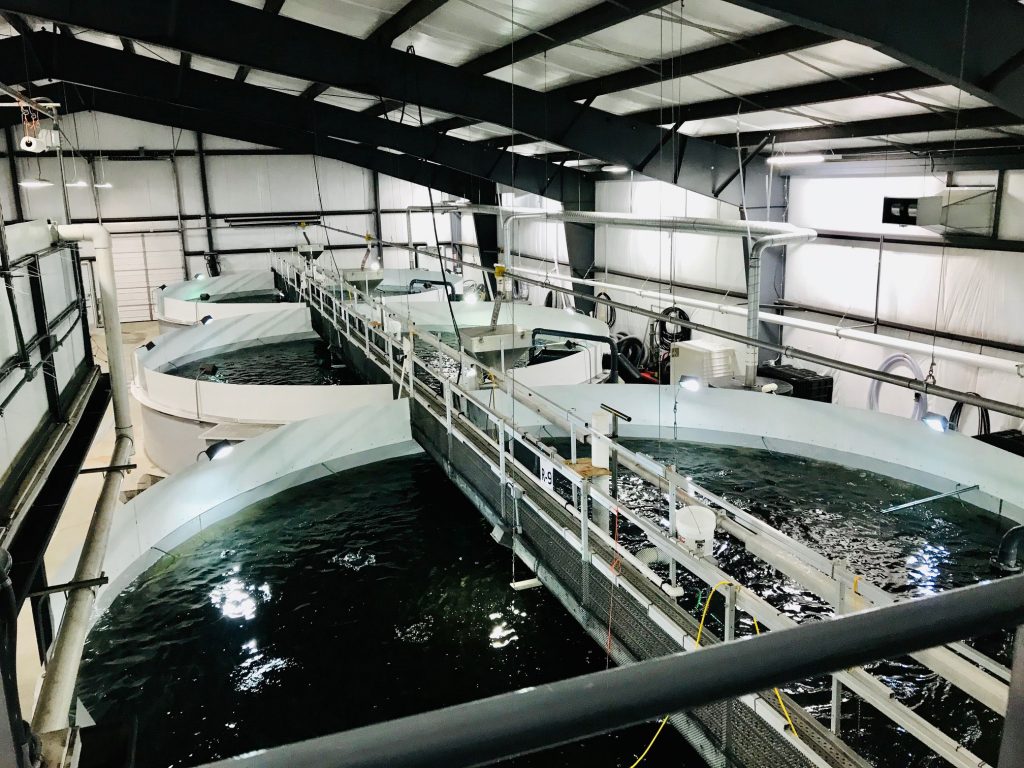 New technologies offer “commercial scale solutions” to improve the performance of British Columbia’s farmed salmon industry but investors need clarity and confidence with regard to policy and regulations before making further investments, according to a new government study.

The “Study on the State of Salmon Aquaculture Technology” explored four new production technologies–land-based recirculating aquaculture systems (RAS); hybrid systems; floating closed-containment systems; and offshore systems—all of which have their own challenges, it noted.

Of the four, RAS and hybrid systems are ready for commercial application in BC while the other two still need five to 10 years before they are ready, according to the report.

In term of profitability, the hybrid system is likely more profitable over RAS, said the study, noting that its financial attractiveness and feasibility is already evident as salmon companies are already using it.

As regards capital costs, the expected production costs per kg of salmon from land-based RAS are now about $5 to $6, while costs in the range of $3.5 to $4.5 per kg “are likely” in hybrid but more research is needed, it said.

Environmental sustainability, however, is also a major consideration when choosing the ideal production method. In fact, the study attributed the minimal growth of BC salmon farming industry (less than 2 percent per year) from 2000 to 2017 to concerns about open net-pen aquaculture that “were not fully addressed.”

In this regard, both RAS and hybrid have environmental challenges. RAS’ immense land, energy and water requirements were cited, and very large facilities using sensitive water resources will likely raise concerns among stakeholders, the study said. A hybrid system will have a number of the marine risks seen in conventional farming because the growout phase will remain ocean-based.

Investors need clarity and confidence with regard to policy and regulations before pursuing further investments in BC, the study noted.

The study’s findings, coupled with Prime Minister Justin Trudeau’s campaign promise in October to transition the province’s salmon open net-pen farming to closed containment by 2025, will be crucial in the policy decisions of the newly installed fisheries minister over the next few months. At stake are BC’s $1.5-billion farmed salmon industry and 7,000 jobs.

“The Aquaculture Act is an important legislative priority that underpins our commitment to create a responsible plan to transition from open net-pen salmon farming in coastal British Columbia waters by 2025. And like any industry, the development of new technologies can play a key role,” Fisheries Minister Bernadette Jordan told this publication.

Jordan assures that “any path forward will include consultations and engagements with the public, environmental organizations, industry, and Provincial and Indigenous partners, ensuring aquaculture is done in the most environmentally sustainable and economically viable way.”

The executive director of the BC Salmon Farmers Association, John Paul Fraser, said the industry looks forward to engaging in a productive conversation with the minister “about how our industry can continue to evolve into the future in a way that allows the industry to continue to thrive, responsibly.”