BC shellfish farmers set for another year of growth

Shellfish farmers in British Columbia faced an interesting problem in 2017: there was more demand than they could supply.

“All production was spoken for, no farmer had any problem selling his shellfish. The biggest problem was producing enough to meet the demand,” says Darlene Winterburn, executive director of the BC Shellfish Growers Association (BCSGA).

Behind the industry’s struggle to meet demand is the regulatory process for assigning, modifying or expanding tenures for shellfish farms. The lengthy process limits industry expansion and it is a challenge that the association continues to work towards a resolution.

“The government came up with a new harmonized form this year, we’ll see how that works out,” says Winterburn. “We’re hopeful that it will be a positive change. We’re working with the government on addressing problems because we are limited in our ability to expand production. It also raises issues around the level of security that people have when investing in infrastructure to increase their production. But everybody is working together.”

2017 began with a significant challenge as the winter season saw an outbreak of norovirus. The British Columbia Medical Journal eventually attributed that outbreak to sewage-related contamination spread by ocean currents. Winterburn says the association worked with all levels of government to address the issue. A working group including the BCSGA, government and other stakeholders modified the Canadian Shellfish Sanitation Program to include site response measures, including temporary shellfish closures. The program is run by the Canadian Food Inspection Agency.

“With that, there has been a broader awareness of the importance of clean water to produce healthy animals, which are critical to a healthy people and a healthy planet,” says Winterburn. “Safety of our products is a top priority and, as an industry, we do everything we can to ensure that.”

The installation of a “Burke-o-Lator” water-quality monitoring device in Baynes Sound was another positive development for the industry. The device collects real-time ocean acidification data, enabling shellfish farmers to make informed decisions on when to grow larvae, when to set juvenile oysters out into the field, or when to draw the thousands of gallons of seawater they need to fill their tanks, for instance. The project is a joint effort between BCSGA and the Vancouver Island University. Live feed of data is open to the general public.

“This is going to provide really strong foundational data that pertains to environmental intelligence in Baynes Sound and it’s going to be key for all sorts of science,” says Winterburn. “It’s going to be quite invaluable as we’re looking at global issues as well as industry-specific issues.”

Another challenge that the association is addressing is debris from shellfish farms that strong winds cast out into the ocean. As earlier reported in Aquaculture North America, BCSGA led a “Turn It In Week” over the summer, where the association and partners set up large bins in strategic locations around the province, enabling farmers to easily dispose disused equipment and other refuse from their farms. BCSGA also collaborated with Fisheries and Oceans Canada (DFO) to organize a beach clean up on Denman Island and other beaches in the area.

“We still have some work to do, but the vast majority of our farmers are quite responsible,” says Winterburn. “While they’re out doing their business, whether they’re on the farm or travelling back and forth, debris is an issue. They’ll stop and pick it up, they want to make sure that their beach is in a good state of care. As an association, we encourage our members to be good neighbours.”

Other issues that the industry faced in 2017 included feed availability, high cost of equipment and the need for more research on production. The association is addressing these through collaborations with the Hakai Institue and the Vancouver Island University.

“People are being really proactive to expand our capacity and to work through some of our issues,” says Winterburn. “We have no problem selling the product we have – there’s a shortage of product. What we need are ways to enhance our production and to do that we need to overcome these challenges. If we’re able to jump those hurdles, the potential is limitless.”

(This article was originally published in the Mar/Apr 2018 issue of Aquaculture North America.) 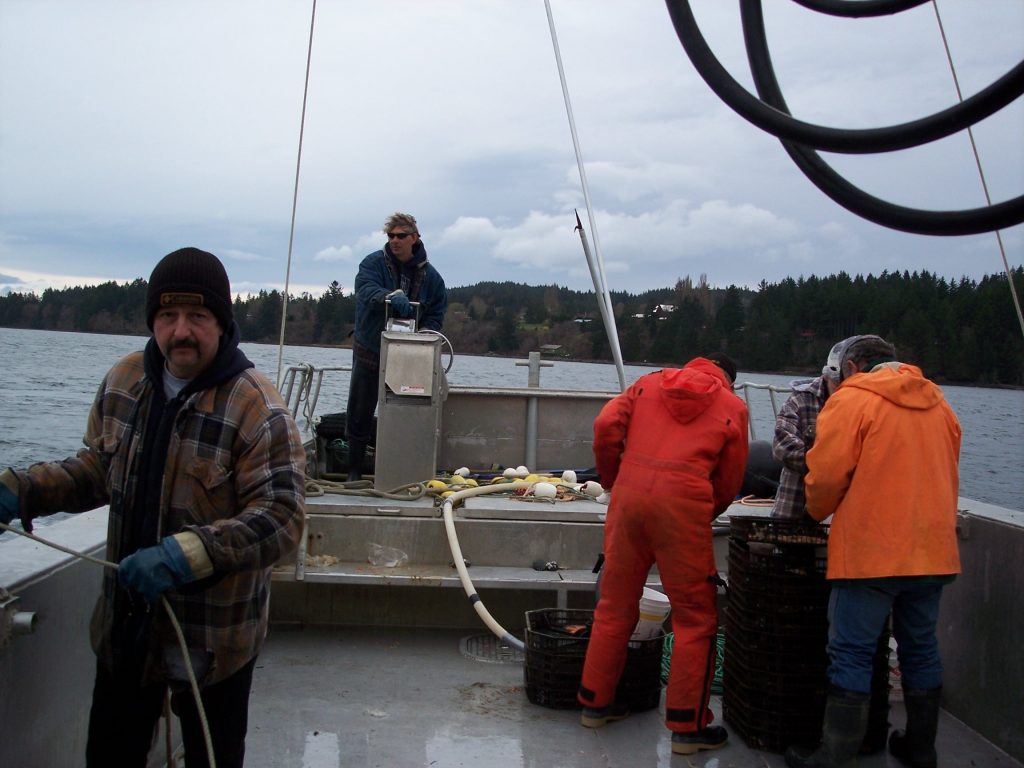 2017 successful year in spite of challenges
Print this page