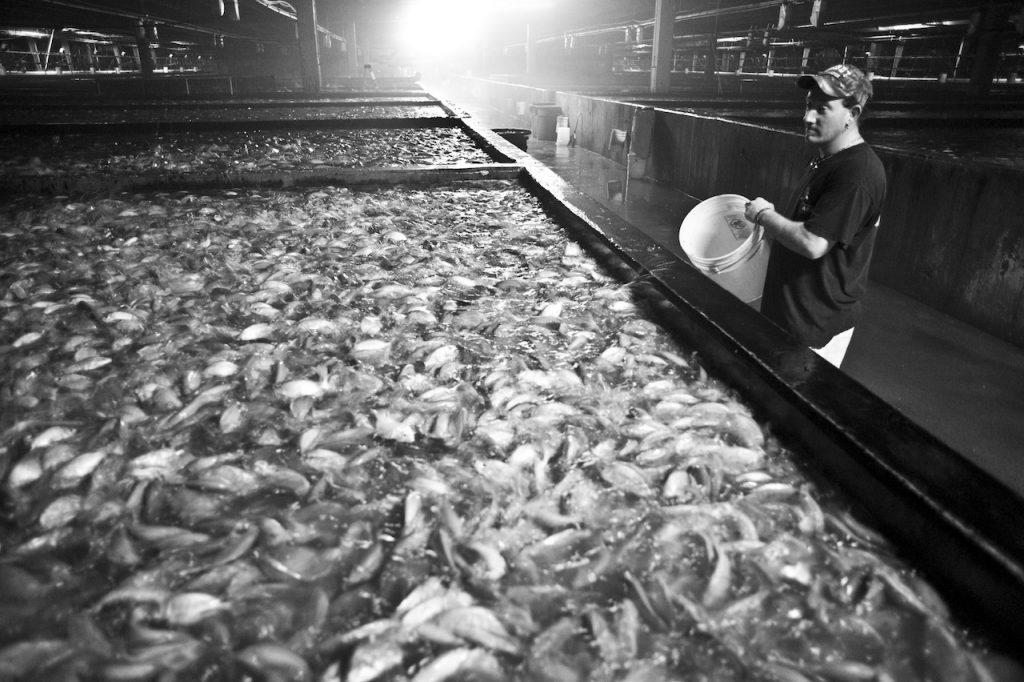 Martin believes that with enough support and investment the US can compete on an equal footing with other aquaculture countries such as China. And he’s beginning to persuade the banks and financial institutions to his way of thinking.

Martin, who started raising tilapia indoors in 1992, said one of his first priorities is the installation of facilities at both sites to make feed for tilapia and shrimp. Having his own feed production facilities he sees as crucial to the healthy development of efficient fish-production units. He cautions others in shrimp and tilapia aquaculture in the US to take a very close look at the ingredients in the feed they’re being sold.

He also said that currently it’s costing him $600-700 a tonne to bring feed in. He expects that producing his own feed will save him $80-100 a tonne just in freight costs and fees alone.

Martin told ANA that the expansion in Martinsville will take place first. A whole new water-treatment unit and additional tanks will boost water recirculation from its current 80% to about 99.5%. The number of tilapia will be increased from from 4.2 million pounds a year to 6.5 million.

The system is designed to aid the company in its plans to keep the tilapia in the nursery and juvenile tanks a few weeks longer – maybe up to a month.

Martin projects that the expansion project will add about 15 more employees to the 50-person workforce, with the initial commercial shrimp plant producing around 10,000 pounds a month – hopefully within 12-18 months.

The new west coast farm will grow both tilapia and shrimp, and will have its own 25,000-lbs-a-day feed production facilities capable of expansion for assisting other fish farmers in the industry.

Martin said the new $40 million unit will have an initial production of about 5 million pounds of tilapia a year. He says that he considers the North American west coast – all the way from Vancouver to San Diego – seriously undersupplied with tilapia. “It’s a very under-used market for live fish, and we’ve never felt it was properly taken care of or organized,” he said.