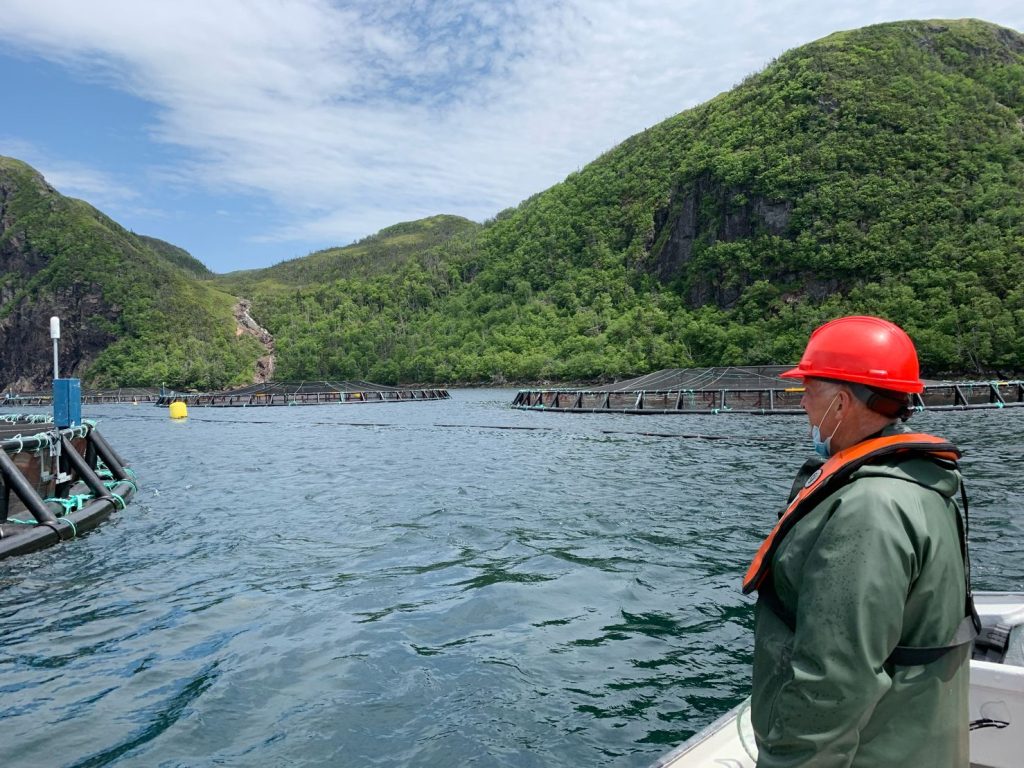 The slowdown in Mowi’s Newfoundland unit will not affect the growth strategy of the Mowi Group, says the company. (Photo: Alan Cook)

Mowi’s operations in Canada continue to suffer from biological challenges, putting a damper on the group’s otherwise stellar overall performance in the third quarter of 2021.

The Norwegian salmon producer said a low oxygen incident in its operations in Newfoundland and a plankton bloom in the Quatsino-area farm in British Columbia raised farming costs and fetched for the Newfoundland operations lower prices for the untimely harvested fish.

“We’re going to continue growing fish, just the expected pace of growth has been slowed,” says Mowi Canada East Managing Director Alan Cook. “Effectively, we had planned to scale up to three farms according to the Bay Management Area (BMA) in the Bays West region over the next years. For the next two years, we will stock two farms.”

He said the unit is testing a variety of methods, such as in-feed, bath treatments, freshwater, hydrolicers and thermolicers to address the issues.

“We’ll make a decision about 2024 based on how we do over the next two summers. Once we find a system that works consistently, we’ll go back into growth mode,” he said.

Mowi said the decision regarding its eastern Canada unit does not impact the organization, “however, we reserve the right to make adjustments if and when it’s required.”

Overall, the group had an overall exceptional performance, with revenues reaching a record high of €1.03 billion (US$1.19 billion) in Q3. Operating profit was up 64 per cent in Q3 over the same period in 2020.

The salmon industry giant attributed the growth to the improvement in foodservice activity and sustained retail demand.

“It’s positive to see that the salmon market continues on the road to full recovery. The estimated value of salmon consumed globally in the third quarter increased by more than 30 per cent compared with last year and reached a new record-high level for a quarter. This is particularly impressive given that not all markets have yet fully recovered from the COVID-19 pandemic,” said Mowi CEO Ivan Vindheim.