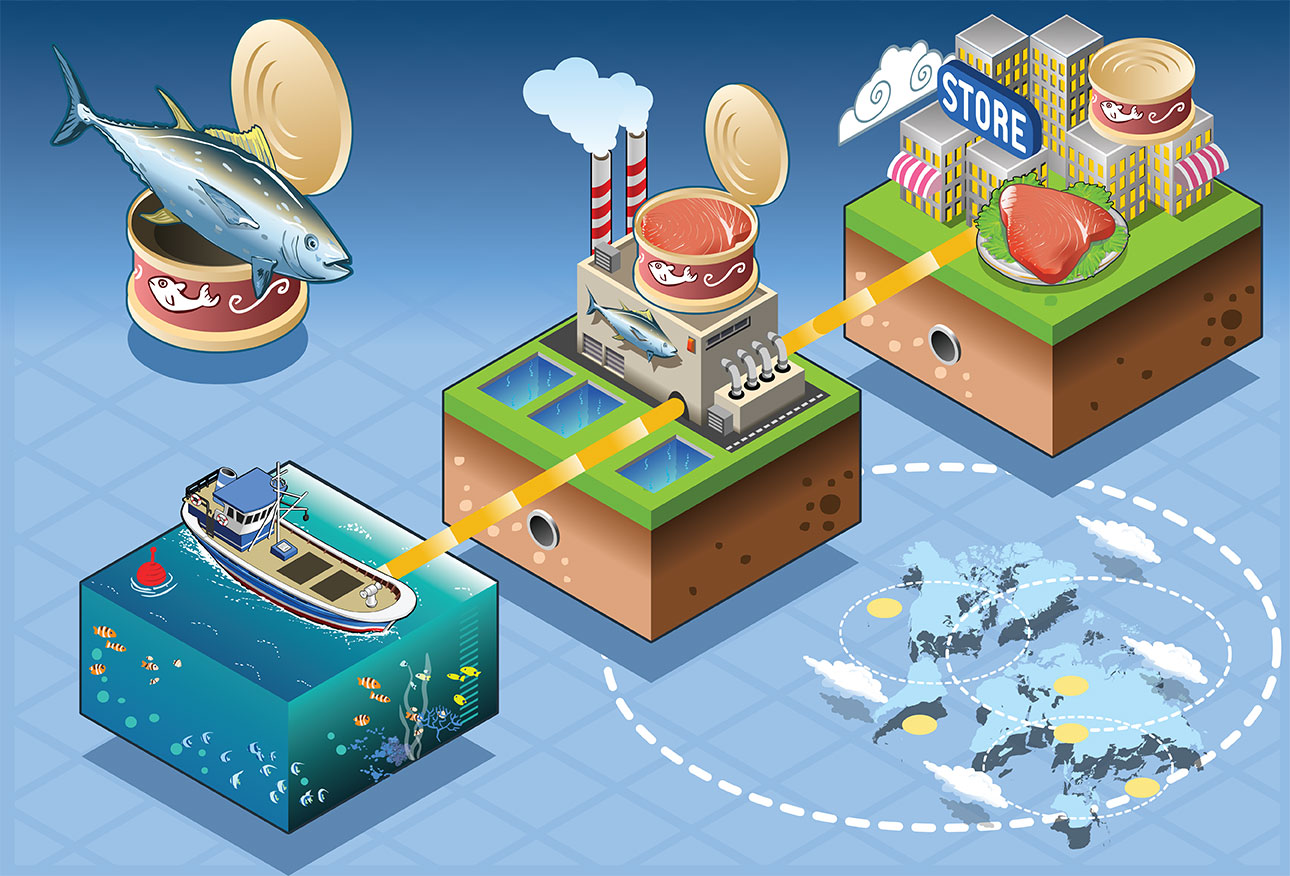 Blockchain is one tech buzzword that gets everyone confused. Some say it’s a ledger, others say it’s a database, still others say it’s a new currency associated with illicit transactions on the dark web. At first glance you would think the technology is far removed from aquaculture, until you hear tech giant IBM promoting the use of the blockchain to enable traceability of seafood like shrimp and salmon. Industry watchers also think it has a huge potential in tracking and validating scientific researches, including those related to our industry. With this simple explainer, Aquaculture North America (ANA) hopes to unravel the mysteries behind blockchain so that the next time the term comes up in a conversation, you will be able to share your thoughts about the technology though a fish farmer’s lens.

What really is blockchain?
Blockchain is a novel way to store, validate, authorize and move digital transaction. Think of a database that keeps a list of records. The record, called “block”, is updated once a new version of the same record is created thereby forming a chain of blocks, hence the name. The history of all the updates in the record is saved and time stamped so you know the updates made, who updated it and when.

Sounds straightforward. Why is it such a big deal?
Digital records are fairly easy to steal, tamper with or overwrite. Trolling, hacking, computer viruses or even fake news makes information taken from the Internet unreliable. Trust has always been an issue with records being available online. Blockchain offers a solution.

Why can we trust records in a blockchain?
There is risk involved with information or records kept in one place and safeguarded by a single authority, say an admin or a bank, because records can be tampered with and you and the other stakeholders of information would never know what happened. Blockchain’s database is distributed, meaning everyone has a copy of it and are alerted about updates and edits to the document or transaction record all the time.

I get the importance of trustworthiness and security of records, but are those critical in aquaculture?
Today’s consumers are becoming more sophisticated in their choice of food and are more socially conscious and ethical; they demand to know where and how their fish is farmed. They want the assurance that the food they buy is safe to eat. These require tracking the fish origin and shipment trail.

On the part of the producers, farm-to-table traceability gives fish farmers the assurance that their products retain freshness and maintain good quality during transport, in the supermarket and in the consumer’s basket.

Blockchain makes record keeping within the supply chain easier, more efficient and secure. It encourages vigilance and builds trust among players in the industry.

How can blockchain be applied to aquaculture research?
Research are being conducted around the world to improve yield, profitability and sustainability of fish farms. Blockchain can be leveraged to support record keeping and sharing of information among those involved in the research. It would ensure the accuracy, relevance and timeliness of the information.

Sounds like it has huge potential to move our industry forward. How come people only associate blockchain with cryptocurrency at the moment?
Cryptocurrency is one of the earlier established blockchain applications providing people a digital currency and alternative fund source for online payments. Its popularity is driven by the dramatic increase in the value of Bitcoin, a popular cryptocurrency, as well as the increase in the number of merchants accepting crypto payments.