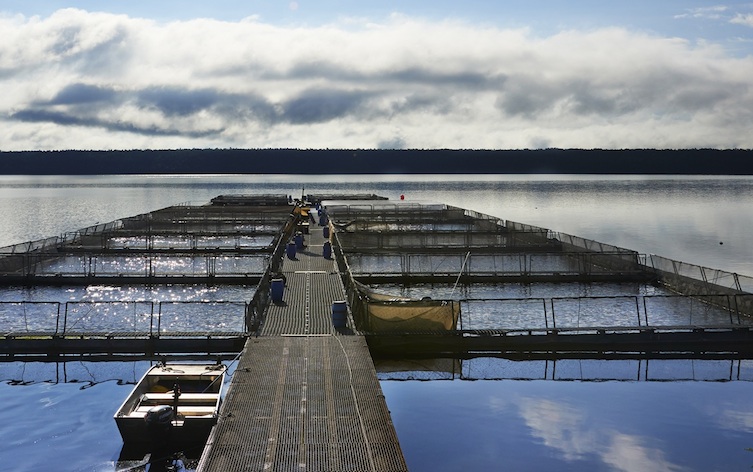 Blue Goose Foods, headquartered in Toronto, Ontario, is officially stepping away from its Manitoulin Island beef operations in the province, in order to concentrate on its aquaculture activities.

The decision was announced a few weeks ago by Jean Lepine, executive vice president for risk management and communications, who said the company will sell 1,300 Black Angus in Ontario, but will maintain its involvement in the organic beef industry in British Columbia.

Lepine said it had been “a difficult decision” to switch out of beef operations in Ontario but it was undertaken to focus the company’s resources on fish-farming. In 2012 Blue Goose partnered with Mike Meeker’s long-standing rainbow trout business on Manitoulin Island – Meeker’s Aquaculture.

Several upgrades are taking place at Meeker’s, including walkways, an automatic dialer alarm, and the installation of automatic feeders that will be supplemented by hand feeding.

“No decisions have been made on the company’s other property interests on Manitoulin,” he’s quoted as saying, “but rest assured that any future decision will keep the best interests of the people and the island in mind.”