Building resilience into your business model 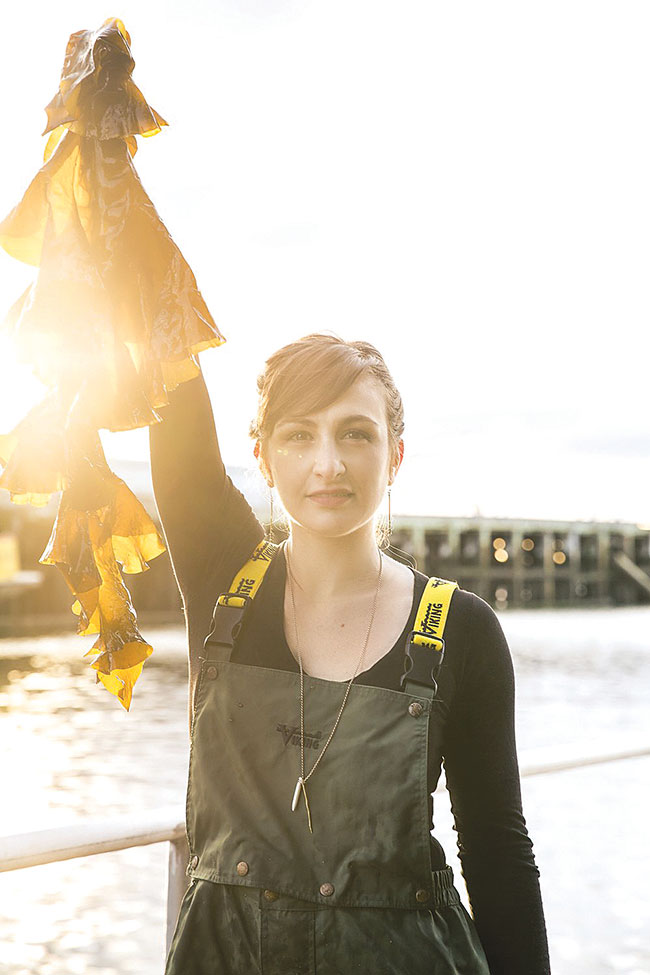 The key to building a strong and resilient economy is finding solutions before the big problems occur.

“Kelp is grown in the lobsters off-season, it uses the same boats, the same social license, the same equipment. And what that means is that people can make pretty small capital investments and they make a profit after six months,” she said in the Women in North American Aquaculture (WINAA) podcast.

Warner has built a partnership model in which the company provides local lobster fishermen with free kelp seeds that they could grow during the winter season. After a few months, Atlantic Sea Farms buys back everything that they grow and the company will process and sell the products to several markets.

It provides lobster fishermen a new revenue stream that isn’t reliant on a volatile fisheries market.

“You know, these guys and gals are really looking at the ocean and seeing some significant changes, but they also right now, are in the middle of a pretty significant lobster boom,” said Warner. “But in economic development, the ultimate goal is to never have the big problem happen but instead, be able to find solutions to the problems before they occur.”

Before Warner earned her top seat in Maine’s aquaculture industry, her expertise was in economic development. She began her career as a foreign service officer for the US State Department. She travelled the world providing economic and developmental support to countries like Libya and Guinea.

In 2013, she left her job in international affairs to start a pie bakery called Maine Pie Line. The small business provided first jobs to Maine’s refugees community and, when it was bought by a large corporation in 2014, Warner decided to go back to her roots.

She became economic development director at the Island Institute in 2014, where she began work in creating sustainable economies for Maine’s islands and coast. It was through this role that Warner discovered the potential of the aquaculture industry.

“When people talk about diversification, or when there has been a natural resource industry that has gone by the wayside, people always want to think of the people who used to work in the industry as widgets… And aquaculture is a great diversification tactic,” she said.

Warner became CEO of Atlantic Sea Farms in 2018. Since then, she has grown the company from working with 10 lobster fishermen to 27 partner-farmers along the coast of Maine, from Portland to Eastport. This year, the company will bring in more than one million pounds of kelp.