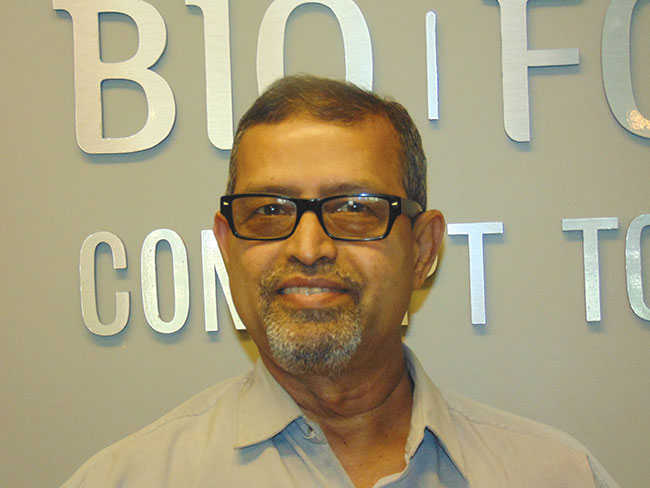 Dr Subrata Chowdhury hopes to market the product beyond Canada

A company based in Prince Edward Island has obtained Health Canada approval for an all-natural product designed to produce healthier fish in aquaculture facilities.

RPS Biologiques Inc received the green light for liquid and powdered versions of Supratect under the Low Risk Vet Health Product program. The efficacy of the product, which includes black tea in its list of ingredients, was tested on salmon and their ova during a three-year trial conducted at the Huntsman Marine Science Centre in Saint Andrews, New Brunswick.

Company president Dr Subrata Chowdhury said the product is designed to improve fish health and prevent disease. It has been in the development since 2015.

The company is currently ramping up to commercial production, thanks in part to over $86,000 in funding support from the federal and provincial governments. While testing has so far been concentrated on salmon, Chowdhury said the federal approval covers all finfish.

He said Supratect is the first natural fish health product to receive approval in Canada through the Veterinary Health Products notification program.

The company eventually hopes to introduce the product in the United States, Europe, Asia and Chile and discussions are underway with a number of potential partners, he said. A large commercial aquaculture firm in Canada that used the product as part of the field trial testing is now in the process of converting to large-scale use of the product, Chowdhury added.