But there are concerns some restaurant clients could be gone forever 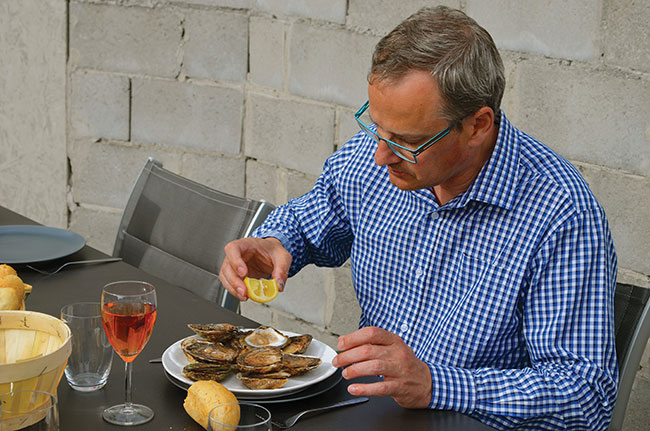 Shellfish growers are looking forward to the time when they can supply the world again with their highly-sought-after product (Photo: ©lembrechtsjonas / Adobe stock)

Canada’s shellfish producers are looking forward to once again supply the world with their highly-sought-after product, but some wonder how many of their food service and restaurant customers will survive the pandemic’s devastating impact.

“It’s scary because we can’t predict anything at the moment,” says Mica Verbrugge, owner and operator of Effingham Oyster located in Barkley Sound in Pacific Rim National Park, British Columbia. “With each projection I make, I have to think about whether California or Ontario are going into further lockdown. Our biggest worry is the restaurant market. We rely on them so much.”

When restaurants in Asia were ordered to shut down in February 2020, those in the US and Canada were soon asked to close too. The markets collapsed particularly for half-shell oysters, which account for 60 per cent of the production in B.C., says Jim Russell, executive director of the B.C. Shellfish Growers Association (BCSGA). “We estimated our members were losing $2.4 million a month in sales. It’s been a marathon and it looks like it will be another six months before any return to normalcy,” he said this past January.

British Columbia
Verbrugge has operated his farm since 2013. He sold his oysters directly to restaurants on Vancouver Island, but to everyone else in Canada and the US he sold through national distributors. His US distributor “just fell off the map.” “We lost that market right away,” he said.

BCSGA’s Russell noted that members of the association reported that Christmas sales were “okay,”  but the phones have since stopped ringing again. “It’s still absolutely grim.”

Larger producers with clam and shucked oyster production fared a bit better as some of those products sell at retail outlets. Half-shell oysters aren’t popular at retail because most consumers aren’t comfortable shucking them.

With 95 percent of BC shellfish product going to restaurants, Verbrugge wonders how many will recover.

“My seed supplier’s sales were down 80 per cent this year. This indicates that people didn’t replant this year. I expect many farms will be packing it up,” says Verbrugge, who is also a director with BCSGA. “Hopefully, if things do open up, we’re in a position where we can move a lot of oysters.”

Verbrugge now sells his oysters directly to customers. He says this results in a better product for the customer because cutting out the middle man means it arrives at the destination faster.  “It’s a lot harder to send three boxes here and 20 boxes there, but I don’t see us going back to the big distributors anytime soon. We’ve now learned to do this in Canada, and it’s not that hard.”

He increased the price as the products arrive at their destination faster and fresher. “For the same delivery cost, we can air freight it to Alberta, and it’s there in 12 hours from the time it leaves the water. It’s a far nicer product and gives restaurants the additional shelf life.”

Verbrugge is preparing for a post-pandemic return of the markets. He is implementing his five-year strategy to mechanize and upgrade the farm. The target is to boost production from 100,000 dozen oysters a year to one million dozen a year. Since 2018, he’s invested in a grading machine from Australia, built a plant, bought refrigerated trucks and built additional rafts and trays.

“We used to do five million seeds a year, and then we jumped up to 15 million,” he says. “We had a massive amount of new production come online this year. We’re too far along to stop. The pandemic definitely slowed us down, but we’ll keep going.”

In March 2020, the federal government  launched the Canadian Emergency Wage Subsidy (CEWS) to support  entrepreneurs hit hard by the pandemic. Its extension to June 2021 has been “a godsend,” said Russell, because it gives shellfish growers access to funds to pay their staff and do maintenance projects.

Verbrugge availed of it to do clean-ups on the farm to keep his eight employees working. He had to increase wages by 30 per cent – to $22/hour from $17 – to compete with the amount that unemployed workers were receiving from the government.

B.C. growers are also beneficiaries of the Department of Fisheries and Oceans Ghost Gear Fund.  Over two years beginning in March 2020, they have at their disposal $350,000 to clean up the debris under suspended shellfish farms. Russell says such cleanup efforts help the industry maintain social licence in the communities where farms operate. 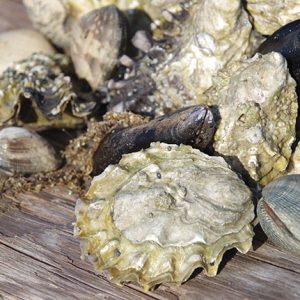 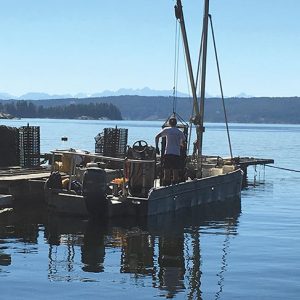 The BC Shellfish Growers Association estimates that its members were losing $2.4 million a month in sales

“For most of us selling oysters, one of the biggest shocks was that we don’t have a lot of retail sales. Our primary channel is food service,” says Jacob Dockendorff of Atlantic Shellfish Products Inc in PEI. Compounding that is the fact that “oysters aren’t take-out friendly or delivery friendly.”

He said PEI shellfish growers were riding a wave of growth before the pandemic. “We were coming out of a really hot period: 30 per cent growth year over year for the last two or three years, so we invested in new equipment to deal with the market growth.”

He says the “vibe” is that everyone is waiting it out and expecting a return to normal sometime within the next nine months. “We had a good run, so it was really a shock when the numbers went in reverse. But it’s not always about the numbers; farmers and fisherman are usually prepared for a downturn.”

New Brunswick
In New Brunswick, the disruption of production cycles meant growers had to reorganize growing sites and equipment to ensure they had the space to hold extra inventory caused by the market slowdown, says Nick Brown, a spokesperson for the Department of Agriculture, Aquaculture and Fisheries.

Marc Andre Mallett of Huitres Mallet Oysters in Shippagan, New Brunswick says sales went to zero for a couple of weeks in the first few weeks of the pandemic. As things settled down, he began to see a shift to online sales. “It has definitely become more customer-based, whereas usually it was all wholesale; that was a challenge, but things have turned around,” he said.

Mallet added that the company is in “full expansion” mode, having just doubled its facilities on land. “Every year, we’re putting new gear in the water to increase our production to sell to market but also to increase our hatchery-produced seed to sell to other growers and our own production as well.”

Two years ago, the company started developing a better wet holding facility to have the product on hand for market-size oysters all-year round. “We have to have bigger availability in case we have bad ice conditions like we’re having right now,” says Mallet.

New Brunswick’s farmed oyster sector grew 96 per cent over the last decade, according to the New Brunswick Department of Agriculture, Aquaculture and Fisheries. In 2020, there were 642,644 oyster bags in the water compared to 329,852 bags in 2012. Growth was fuelled by funding initiatives, greater social acceptability, access to additional sites and sustained market demand.

The department is working on modernizing local regulations to better support growth and attract more investments in the sector. Brown notes that with several Mi’gmaq oyster companies in operation, the industry offers a unique development opportunity for New Brunswick First Nations. 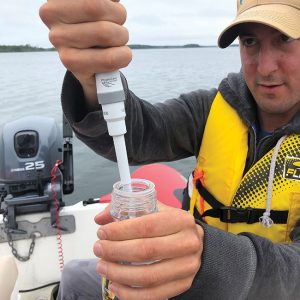 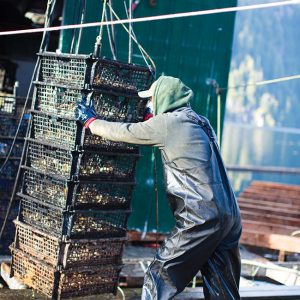 95 per cent of BC shellfish product go to restaurants, a sector hit hard by the pandemic Photo: James Martin

Nova Scotia
A considerably smaller industry compared to that of its neighbours, Nova Scotia shellfish farmers also were also hit by the pandemic. But the province’s plans to expand the industry has many looking to the years ahead with more optimism.

“The restaurant industry was our bread and butter,” says Colton D’Eon of D’Eon Oyster Company Ltd. in Yarmouth, Nova Scotia. “We weren’t as diversified as we should have been, but no one thought a pandemic would happen. We need to diversify our market a little more.”

D’Eon created “grab and go” boxes of two dozen oysters that include a note about properly opening an oyster.

Located in the Municipality of the District of Argyle, D’Eon says he’s keen to see the province approve a proposed “business park on the sea” for oyster farming, which is considered the first of its kind in Canada. A total of 19 ocean sites have been identified to lease out to companies looking to farm oysters in the area.

Charlene LeBlanc, community development officer of the municipality, has conducted water testing in the area, and it has been deemed “ideal.”

Nova Scotia has considerably less oyster production – it was a $3-million industry in 2019 – compared to Prince Edward Island’s and New Brunswick’s $13 million and $12 million, respectively. Prior to the pandemic, the farmers couldn’t keep up with demand, says LeBlanc.

“We’re getting a lot of calls from people in Canada and the U.S. asking how they can get a lease,” she added.

The project involves provincial and federal departments from 12 different agencies, and it is going to the Nova Scotia Cabinet for approval in February.