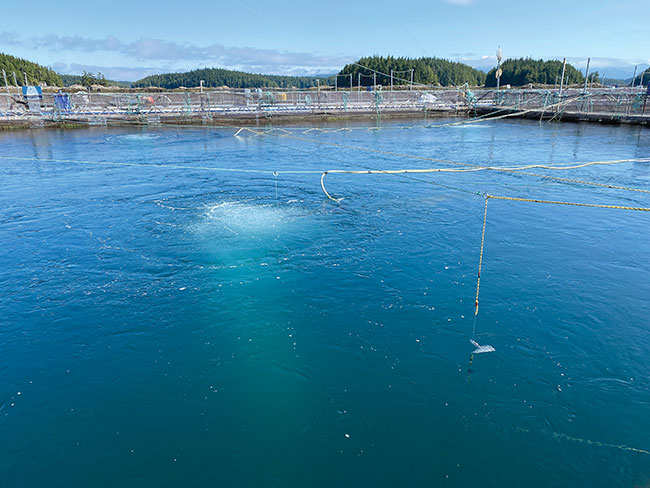 Nannobubble technology has been in used in salmon farming for ages to mitigate algal blooms and improve water quality overall, but an engineer says there were some weaknesses in the technology.

“They were just a convenient off-the-shelf component that everyone adopted,” recalls Kurt Lang, the engineer who co-founded Inwater Technologies Inc. in Campbell River, British Columbia. “Most designs use traditional aeration diffuser discs to add air into wastewater to allow aerobic bio-degradation of the pollutant components instead of moving the water. They are also large and cumbersome, prone to breaking off and get tangled in nets, making them a pain to work with.” 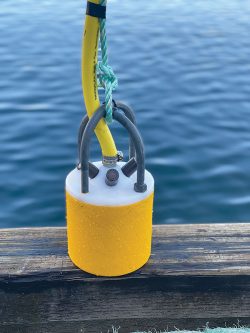 So Lang set out to work, using his 10 years of experience in plankton mitigation at salmon farms in British Columbia. The effort has paid off with a “simpler and better performing” nanobubble, he says.

“We refer to it as the InWater Upweller. We addressed all issues with the old design,” say Lang.

The company says the InWater Upweller is designed to move deep water to the surface in net pens, rather than just aerate water. It produces larger, faster-rising bubbles that generate more upward water movement than smaller bubbles, and when the upwelled current reaches the surface, the water moves outward, and the pen is replenished with new water, it said.

“The platform was designed with input from farmers, leading to its durability and compact size. At 25 lbs, it is easy to deploy, recover, disinfect, and store when not in use,” says Lang.