Halibut PEI already produces 70 tonnes a year, with sights set on an expansion of over seven times that 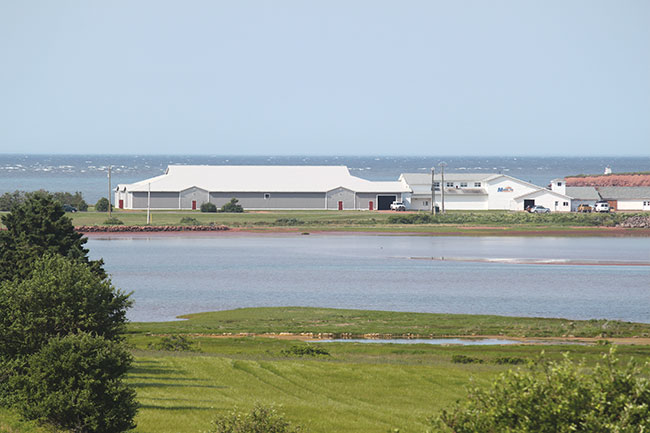 Halibut PEI facility in Victoria, PEI. The company hopes to expand production to 500 tonnes and add value-added products, like smoked halibut, to the mix

Demand for farmed halibut is high in Canada, and the team at Halibut PEI aims to further boost its substantial production level to meet that demand. One other thing is for sure: accommodating the feeding behaviour of these fish is a critical factor for success.

Johnson had heard about the unused facility through his lobster industry contacts and knew a little about halibut farming from being in Iceland (halibut were first grown in Iceland, then Norway and Scotland). He was also well-acquainted with Scotian Halibut, one of the first halibut operations in Canada. He then put the two ideas together.

“It’s the highest-priced white fish, ocean stocks are low and demand is high,” he says. “Chefs really like it. The flesh has a nice consistency and accepts flavouring well.”

The pilot project, using about 2,300 juveniles purchased from Scotian Halibut, exceeded their expectations. “We needed above all to determine whether the water salinity and temperature would work for halibut,” Johnson explains. “We were delighted to find that the temperature range is perfect. It’s regulated through natural geothermal means, and this saved us a lot of work going forward.”

They’d first leased the lobster plant, and with the pilot project a great success, they bought it in 2010 and converted the tanks along the way. In 2013, they finished an expansion to 22,000 sq ft, bringing production from 35 to 70 tonnes a year using private investment combined with loans from the Atlantic Canada Opportunities Agency (ACOA) and the PEI government. The staff now totals 12.

Organics are removed through filtration and applied onto local farmland or to local farm manure piles to enrich them and heat them up in the winter.

Hatching and more
After experiencing an interruption in juvenile supply a few years ago (which prompted them to produce Atlantic salmon in the interim), the Halibut PEI team decided its own in-house hatchery was in order. Construction finished by the end of 2016, and Johnson says it’s unique in that it has four RAS systems rather than a flow-through arrangement, allowing for very fine control of water quality. Again, private investment was supplemented with monies borrowed from the federal and provincial government. Halibut PEI now also rents a facility for broodstock and egg production in Clark’s Harbour, PEI.

“It takes halibut females 12 years to reach sexual maturity, then they reproduce for decades,” Johnson explains. “It’s about six months from egg to 5 g, then another 36 months to reach 6 lbs.” However, the company is continually finding ways to reduce days to market. Each female can produce several batches of eggs each year and over 100,000 eggs per kg of body weight. Johnson says that in the future, they will probably ship some eggs to other halibut farmers. They’ve done some test shipments already and they have gone well. 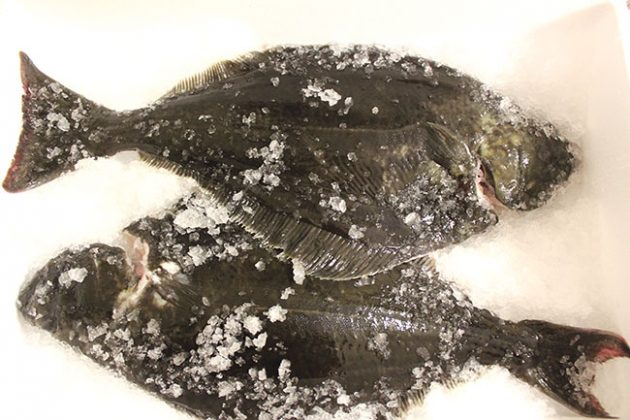 Most of their challenges along the way have been related to adapting existing technology for halibut and their feeding habits. Johnson explains that they are a mid-water column predator but also a bottom feeder. “They will feed heavily for a day and then take a day off,” he notes. “They aren’t aggressive feeders, and it actually takes some finesse to get them interested in feeding. Our staff has to closely monitor when the fish feed and how they feed. It’s a very different fish, very quiet when handled and very robust.”

Indeed, part of their robustness is that halibut are very adaptable to different feeds, at least in part due to their longer digestive tract. It means Halibut PEI can use different feed options, says Johnson, but right now they use a standard marine fish feed available from large feed companies. Halibut feed efficiency is comparable to Atlantic salmon.

Present and future markets
Halibut PEI offers three fresh products: 6-lb head-on gutted, 1-pound head-off gutted (to fit on a plate) and fresh fillets, all shipped in ice the same day they’re harvested. They are purchased by high-end restaurants in the Maritimes, Toronto, Ottawa and Vancouver. “The big restaurants in Ontario order all their shellfish from PEI,” notes Bob Johnston, “so we add our orders to those trucks as they leave the island, and also ship some by air to Vancouver.”

Johnston says he and his colleagues have seen no significant change in attitudes towards farmed halibut since they began 10 years ago, and demand has always been strong. “We’ve always labelled it as ‘Farmed-in-PEI Halibut’ with our Ocean Wise sustainability certification, and that’s the way restaurants describe it on their menus,” he explains. “It’s always fetched a higher price than wild halibut. It’s fresh, consistent and of fantastic quality and we get calls regularly from new restaurants who have heard about us through word-of-mouth.”

Indeed, Halibut PEI is planning a major expansion and possibly may someday add value-added products to the mix. (Gigha Halibut, a land-based halibut farm in Scotland sells fresh fish but also markets award-winning smoked halibut made using oak chips from old whisky barrels.) “We may do some smoking in the future,” says Johnston. “Jim Dunphy ran a smoked salmon plant for years so it wouldn’t be a big step for us. But right now, we’re focused on getting our permits and finances in order for a major expansion to 500 tonnes.”

“That may cover fresh market demand and allow us room to play with value-added possibilities, but we’re not sure that it will even meet demand,” he adds.