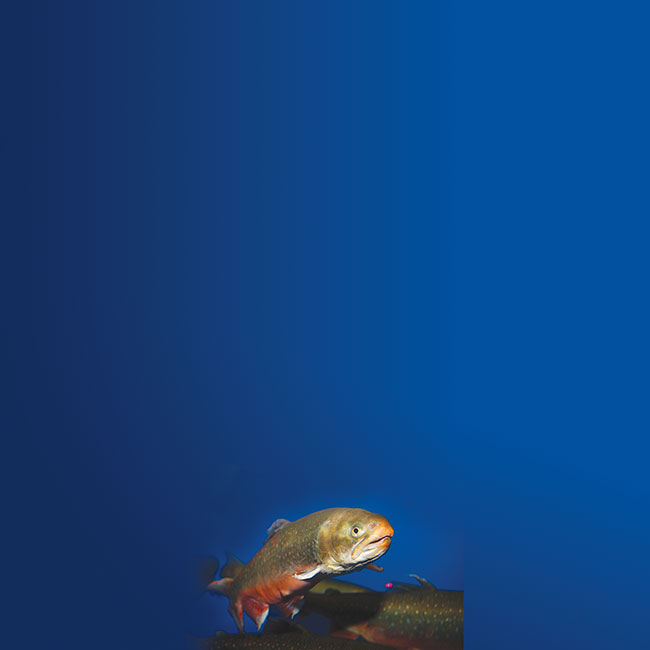 This problem has dogged Canadian attempts to expand profitable production of this promising candidate for aquaculture. But new and encouraging strategies both at the hatchery level and grow-out phase are emerging, according to experts.

For example, in tests simulating natural light, 77 percent of Arctic char mature at two years old. But if they are exposed to light 24 hours a day from October to April, that rate drops to 20 percent.

Feed restriction was also shown to reduce the incidence of pre-harvest maturation.

Researchers from the Coastal Zones Research Institute, University of Guelph, Dalhousie University, New Brunswick Research and Productivity Council, and University of New Brunswick summarized global research findings “from the Canadian perspective” in a paper published in The Journal of the World Aquaculture Society.

From an encyclopedic knowledge of the research, they urge a combination of techniques, starting with genetic selection for later maturation. Several studies, as far back as 2007, have documented evidence of a genetic component for the age of sexual maturation in Arctic char. On the other hand, the selection for fast growth may also increase the incidence of early maturity, the authors warn.

Another route to delaying maturity is the production of all-female populations, since males are especially prone to preharvest sexual maturation. This has been done by exposing fish to agents, such as steroids, when the fish are undergoing sexual differentiation. The technique has been used extensively with rainbow trout and Atlantic salmon, but only one study has been published on Arctic char, although it was promising.

Scientists can also successfully produce sterile populations of Arctic char by inducing triploidy or three sets of chromosomes instead of the normal two. Diploids have significantly faster growth rates than triploids, but this size advantage is lost because triploids continue to grow through the diploid spawning period.

Tests inducing sterility by inactivating genetic molecules essential for sexual development have been successfully conducted for Atlantic salmon and other species and represent opportunities for Arctic char, as well.

No doubt farmers have long seen the possibilities of Arctic char, with its tolerance of high rearing density and superior flesh texture and flavor. Yet, since the mid-1980s, Arctic char farms in Newfoundland, Prince Edward Island, and Nova Scotia have failed. A farm survey by the authors in 2017 pegged Canadian commercial production at only 750 to 850 MT. But with the practical approaches laid out in this paper, new potential is on the horizon.