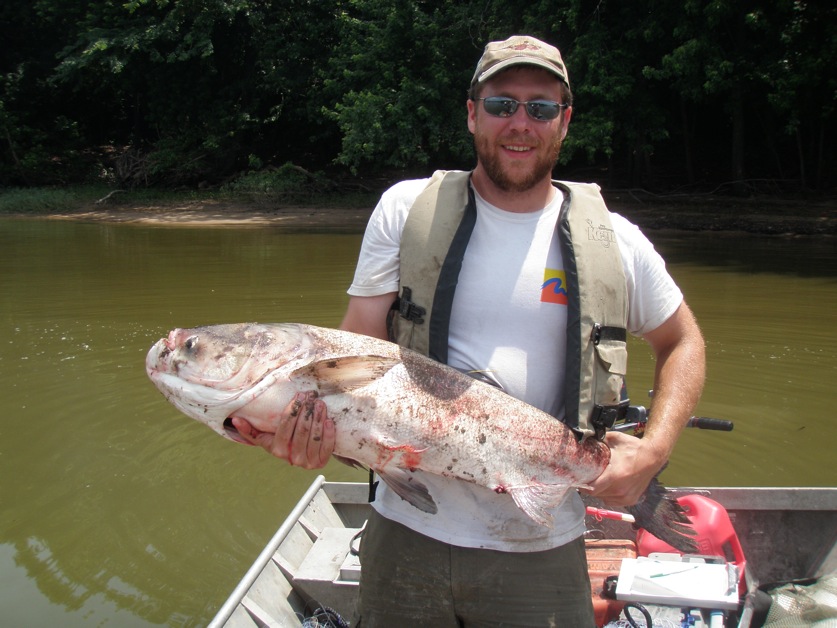 The viability of using invasive carp in aquaculture feed has been studied by researchers at Southern Illinois University. US researchers study a potential solution to two aquatic issues – an infestation of carp in mid-western waters and fish feed that relies on wild ocean resources.

As the aquaculture industry strives to develop fish feeds that rely less on wild ocean resources, researchers at Southern Illinois University Carbondale (SIU) believe that part of the solution may also be helpful in alleviating an infestation of Asian Carp in midwestern waters.

The Asian carp problem seems to get worse every month, and in December a group of US senators from the Midwest asked the US Army Corps of Engineers to speed up finding solutions to avert a possible Asian carp invasion of the Great Lakes.

“The US Fish and Wildlife Service, Illinois Department of Natural Resources, and various state universities have all been involved in the Asian Carp efforts,” said SIU researcher Jesse Trushenski. “Early on, the focus was on developing Asian carp for human food products… but it became clear that the markets for these products are somewhat limited by the fact that Asian carp are not a favored food fish in most American markets.”

There were some opportunities domestically, and there is also export potential, but larger markets were needed.

Industrial applications like fertilizer and livestock feeds address both issues, but aquaculture feeds are the highest value opportunity for these types of feedstuffs,” according to Trushenski.

So the decision was made to study the viability of the Asian carp for use in fish feeds.

Trushenski was one of the researchers involved in the research project entitled, “Potential of Asian Carp from the Illinois River as a source of Fish Meal production.” It was published in the North American Journal of Aquaculture last summer.

Asian carp, or Silver carp, and Bighead carp were targeted for overfishing to control the invasive Asian carp in local rivers. The study looked at what seasons are best for catching the fish, the body composition and fatty acid profiles.

The study found that although Asian carp generally appear to be a good source of long-chain polyunsaturated fatty acids regardless of when they were caught, the concentration of these essential nutrients was highest in the fall. In addition, oxidative stability analysis indicate that the fish meal produced by Asian carp will need added stabilizers to increase shelf life for the product.

In the end, the results of the study suggest Asian carp-based fishmeals would be nutritionally suitable for use in aquafeeds, if precautions are taken to stabilize the product during storage.

A subsequent study looked at feeding the carp-based meal to hybrid striped bass and rainbow trout. It found that the composition and digestibility of carp-based meals were similar to menhaden-based fishmeal used in feeding both species. As a result, the research team suggests that fishmeals derived from Asian or common carp would be valuable feedstuffs in diets for hybrid striped bass, rainbow trout, and possibly other cultured species.

“I anticipated that the Asian carp fish meal would perform well in aquafeeds, but I was a bit surprised at how well it did in comparison with traditional, marine-origin fishmeal,” said Trushenski. “The palatability, digestibility, and utilization of Asian carp-meal based feeds exceeded my expectations – it’s proven really valuable in feeds for every fish species we’ve tested.”

She said she was surprised by some of the findings along the way.

“When we evaluate fish meal alternatives, we often come up against one limiting factor or another: the protein is digestible, but the ingredient isn’t palatable; the biological value of the ingredient is high, but it’s too pricey to be economical in aquafeeds, etc.,” she explained. “I was pleasantly surprised that we didn’t find any of these in our investigations of Asian carp meal, and we were pretty exhaustive in our evaluations.”

“We did digestibility assessments in HSB and RBT – these are two representative fish, and by working with our colleagues with the Fish and Wildlife Service and US Department of Agriculture, we will be able to build these data into their ingredient digestibility database,” she said. “So, these two fish were strategic in terms of getting broadly translatable data and leveraging our results with those of others.