But will climate challenges reverse the trend? 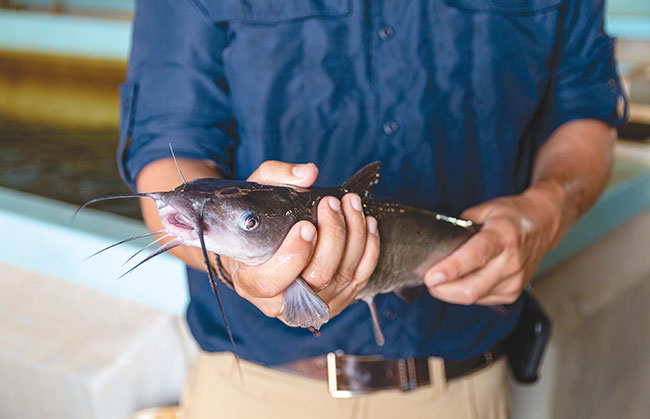 By the early 1980s, the stage was set to make catfish one of the greatest all-time hits of US aquaculture. Aeration technology, nutritional feeds, year-round production systems, and the formation of The Catfish Institute for marketing—it all was in place.

But during the first two decades of the new millennium, recession and lower-priced Vietnamese pangasius imports slashed the number of farms in half and severed sales.

A revival of sorts is going on now. In 2021, catfish sales rose to US$421 million, an increase of 12 percent over the prior year though still nine percent lower than 2005, according to the United States Department of Agriculture (USDA).

The question is: will this momentum continue or will climate challenges contract catfish farming again?

The question comes at a time when the “far-reaching and worsening” effects of climate change, as described in a draft of the National Climate Assessment, are being felt by fisheries and farms throughout America.  The United States has warmed 68 percent faster than the planet as a whole over the past 50 years, according to the draft report which was issued in November.

But the impact of climate change is uneven across the US.  And in the area of America’s south where catfish are as much a part of the culture as the economy, temperature rise has been less than a third of the warming for the contiguous US, according to NOAA National Centers for Environmental Information.

“On one hand, we aren’t quite as far behind the eight ball as a lot of the U.S. so we have a little more opportunity to make adjustments. But, at the same time, it’s been kind of a non-issue. And, so, trying to make that paradigm shift and the shift in thinking puts us at a bit of a disadvantage.”

Catfish country
Catfish farming is the largest segment of US aquaculture. Three states—Mississippi, Alabama, and Arkansas—account for 92 per cent of the total sales. These farms devote 52,800 acres of water surface to production, primarily in earthen ponds.

Unlike Alaska and parts of the Northeast, where temperatures have increased between 3-4 F since early in the 20th century, thermometers have remained remarkably stable in Arkansas, Mississippi, and Alabama. In fact, temperatures have not risen at all in Alabama during that time period and NOAA called the increase in Mississippi “miniscule.”

NOAA hypothesizes that the difference in Mississippi, for example, might be due to increased cloud cover and precipitation, increased small particles from coal burning, natural factors related to forest regrowth, decreased heat flux due to irrigation, and multidecadal variability in North Atlantic and tropical Pacific sea surface temperatures.

“There’s too much unknown still at this point to say whether it’s going to be a net benefit or net negative for us,” added Richardson as he thinks about the future impact of climate change, which he calls “a problem both large and complex.”

But the last five years have seen a change and not for the better. For Mississippi, Alabama, and Arkansas, they have been the warmest ever, according to NOAA. And “historically unprecedented warming is projected during this century.”

Some like it hot
Labs like Richardson’s in Mississippi—and those around the world—will be learning more about how climate change affects catfish aquaculture but important work has already taken place to suggest possibilities.

Catfish like it hot. They grow best when the water temperature is 75-85 F. Plus, they are adaptable and can survive when it is just above freezing or nearly 100 F, according to the Mississippi State University Extension.

In 2022, scientists from Thailand published a study in the Journal of Thermal Biology in which hybrid catfish were subjected to temperatures of 27, 32, and 37 C for 50 days. At 37 C (98.6 F), feed utilization and growth decreased; skin darkened as well.

“Increased temperatures can reduce the appetite of the fish, which is going to increase the amount of time that farmers have to hold onto those fish, trying to grow them to market,” said Richardson. 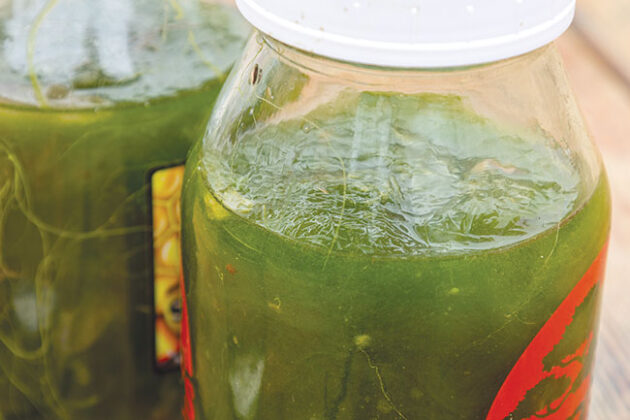 Catfish under stress
In ponds on the farm, the situation is also more complex than in the laboratory because stressors become interlinked.  For example, higher temperatures not only stress the fish but also stimulate algae growth.  The blooms themselves intensify low oxygen conditions, especially as cells decay or at night when photosynthesis shuts down.

If fish are already stressed because of higher temperatures and lower oxygen, then they can become more susceptible to bacterial diseases.

In particular, Flavobacterium columnaris and Edwardsiella piscicida can cause diseases that result in significant losses.

Researchers at the Alabama extension service also point to blue-green algae, sometimes known as cyanobacteria, as the potential source of serious issues for catfish farmers.  “Some, but not all, blue-green algae can produce compounds that are toxic to catfish,” they wrote in a bulletin published in 2021.  “Microcystis is among the most common and often leads to problems for catfish farmers.”

Remedies
Algae also secrete chemicals that give an off-flavor or muddy-musty odor to fish that have absorbed them. Catfish can be purged by remaining in the pond for extra time—sometimes weeks or months. But, as an alternative to postponing harvests, farmers have used algicides, nutrient reduction, aerators, and biological controls, like zooplankton and small fish.

Fish losses due to toxic algae episodes caused large losses during the late 1990s, the equivalent of $1.68 million today. The University of Arkansas at Pine Bluffs has taken a proactive approach to address that challenge with an algal monitoring program.

For more than 40 weeks during the 2021 production season, extension specialists collected samples weekly—over 2,800 from approximately 166 ponds. Back at the lab, technicians looked for Aphanocapsa. The program saved an estimated $200,000 worth of catfish, according to the USDA.

Aeration has also been used to fend off or manage algae blooms. In fact, the sight of paddle wheel aerators has almost become a part of the contemporary catfish pond landscape, especially as catfish farming has moved from extensive to intensive aquaculture.

“When it started out, you had these very large ponds, like 20 acres, and stocking densities weren’t very high, so Mother Nature did a lot of water quality maintenance, but production was limited,” said Richardson.

But over the last couple of decades, intensive aquaculture has brought smaller ponds (in split configurations), higher stocking density, and more expert management aided by technology. According to a 2019-2020 survey, some 60 per cent of farms now produce hybrid catfish, which provide the faster growth of channel catfish and the greater tolerance for lower dissolved oxygen of blue catfish.

More recently, widespread adoption of electrically powered aerators in lieu of those run by diesel has occurred, along with use of automated monitoring of oxygen.

“Most farmers have a buoy that actually sits in the water, and when the dissolved oxygen gets below a certain point, it will automatically kick on the aerators,” said Richardson.  “So farms aren’t running aerators all night long when they’re not needed, and people aren’t driving around to turn on aerators manually.”

It’s become more efficient for operations—and more sensitive to environmental impact, even if it’s not seen that way yet. 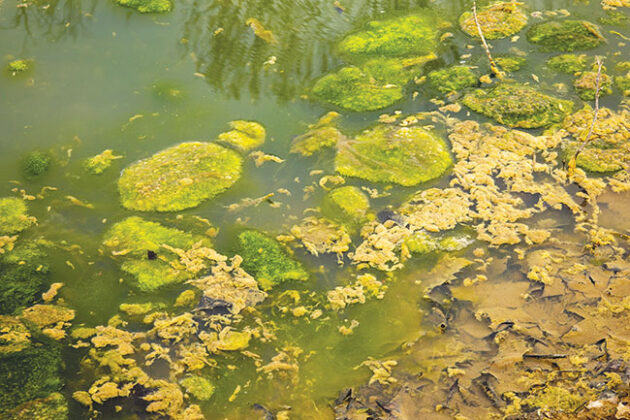 Water hardness
Water evaporation during summer months or periods of high precipitation (that dilutes pond water) change the amount of dissolved calcium and magnesium in water.

Proper hardness is key for embryonic development, eggshell integrity, and bone development in fish.  But “water hardness above the optimal level can incite toxic effects in fish, which are often species specific,” according to research done at the University of Arkansas at Pine Bluffs.

The study provided a new safety guideline for farmers—and another warning of what might lie ahead with climate change.

When it rains, it can pour
The signs of climate change, according to the Environmental Protection Agency (EPA), are not only increased temperatures but increased and intensified precipitation. Wind is a factor, too, Richardson notes.

Such storms can erode the catfish ponds, which were built above ground by constructing embankments to contain the water pumped from underground. Floods not only threaten buildings but also the pond and drainage ditches.  Fish could get out and foreign species, like sunfish or crayfish, could get in.

And with more severe droughts, farmers will not be able to rely on rainwater to maintain pond levels where evaporation occurs and will be forced to pump in more well water, further depleting aquifers.

The last few years have foreshadowed some of these conditions. “We are starting to see a lot of the same things that are occurring throughout the rest of the U.S. and, based on EPA estimates, yeah, it’s only going to get worse,” said Richardson.