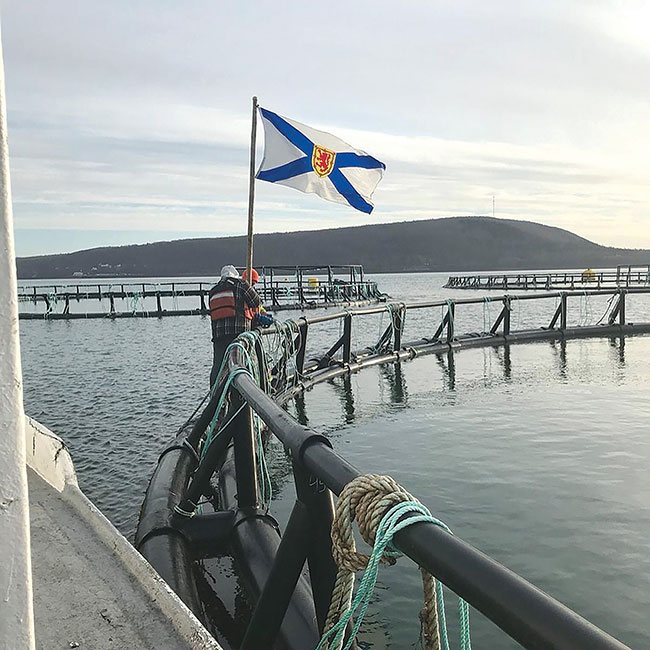 Cermaq may have abandoned its plans to expand its operations in Nova Scotia, but the province remains full of potential for the farmed salmon industry, says David Kiemele, managing director of Cermaq Canada.

In April, as the pandemic was ramping up, Cermaq was trying to finalize a $500-million expansion deal in the province, but it all came to a halt. While some thought it was due to community concerns, Kiemele says several factors were at play. At the forefront was the need to secure more sites than were available.

When Cermaq announced in 2018 its plans for the project in Nova Scotia, the company needed a certain number of sites to make it viable.

“That was a key component,” says Kiemele. “We were not blind to the fact we would see some level of opposition. There is still a lot of education taking place, and some views of salmon farming are not the most positive, but that was not the primary reason we decided not to venture ahead. It was more around real estate. We needed to make decisions about where sites could go. We were awarded Options to Lease from the province, but they have timelines you need to abide by, and they can lapse.”

Cermaq had some significant decisions to make, which would have triggered large-scale investment for the next phase of the project, all while COVID-19 cases were rising.

“That was the straw that broke the camel’s back, to be honest,” he says. “I was on a plane weekly going back and forth, meeting with existing processors and having community meetings. All of that became nearly impossible with COVID-19, so it was the right move to take a step back and reconfigure. We have come back into the BC landscape and are focused here.”

Kiemele says, for now, Cermaq is not considering a replacement project but acknowledges Nova Scotia has considerable potential for the industry.

“Nova Scotia has a bright future from an aquaculture point of view,” says Kiemele. “They have a farmable coastline, but time is required and the more we can share information about our industry and the benefits and value we wish to bring in the areas we operate, the better for everyone.”