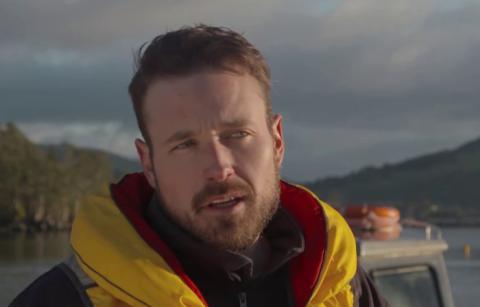 Cermaq is delaying a decision on whether to expand its operations into Nova Scotia, Canada, citing stakeholder support as a primary consideration.

“We will not go forward unless we feel we are wanted,” said David Kiemele, managing director of Cermaq Canada, in an interview with Aquaculture North America (ANA) Monday.

The company said it is taking an additional six months to better understand whether there is public support for a Cermaq expansion to the Canadian east coast. Cermaq Canada is currently headquartered in British Columbia.

“The extension for the six months was something that we always knew we could potentially request. As we’ve come out and said multiple times, we are doing this in a process that allows us to engage with as many rights holders and stakeholders, communities, governments, and groups, from the start. And that takes time,” Kiemele said.

The company is going into overdrive in its community engagement efforts, appointing in July a sustainable development director for the East Coast who will be based in the Nova Scotia full time, and it is in the process of setting up community information and advocacy committees.

“This allows the engagement process to continue. It allows us to make sure that we cover as many bases as we can and at the same time to capture more data from the areas that we believe have potential, and then have the discussions with the rights holders and the stakeholders in the province as to where they believe the farms could be located without intruding on important lobster fishing grounds and the like,” the Cermaq executive said.

Cermaq began investigating the opportunity to expand its business operations to the East Coast earlier this year after the province of Nova Scotia granted the company four Options to Lease last spring. The company plans to invest $500 million in the province and produce around 20,000 metric tonnes of farmed Atlantic salmon annually. This is roughly the same amount it produces in British Columbia. “We employ approximately 285 full-time employees in BC in our offices, in our sales offices, processing plants, hatcheries, and on our sea sites. So one could extrapolate that similar levels of employment would be required for the initiative in Nova Scotia,” said Kiemele.

If all go according to plan, Cermaq’s Nova Scotia operations will serve markets on the East Coast, which are currently being served by West Coast operations.

“Nova Scotia has coastline that is favorable to ocean aquaculture. There isn’t a lot of production in the province at the moment. It is very close to markets that we service from the West Coast so it would be a lot more attractive if we could send fish growing on the East Coast to the East Coast,” Kiemele said.

He added that Nova Scotia’s “clear and progressive regulatory framework around salmon aquaculture builds confidence in companies that come out and investigate if it’s prudent for them to look for ways to grow in the province.”