Salmon and trout producer Cermaq says it is developing a new floating closed-containment system that prevents infection in fish by treating water before it enters the fish pen. 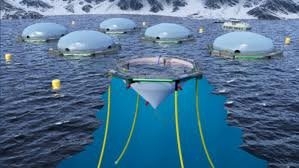 Called FlexiFarm, the technology’s goal is to reduce losses in sea production, protect the environment against undesired impacts, increase productivity, and at the same time reduce production costs, said the company.

The company added that it is striving to make FlexiFarm affordable and cost-effective for fish farmers. “The anticipated effect will ensure that production cost per kg salmon is reduced,” says Magnus Stendal, general manager at Botngaard System AS.

FlexiFarm will be compatible for use at more than 80 percent of the existing sites in Norway, according to the maximum wave heights, it said.

The company earlier announced it is developing iFarm, a new concept for individualized farming.