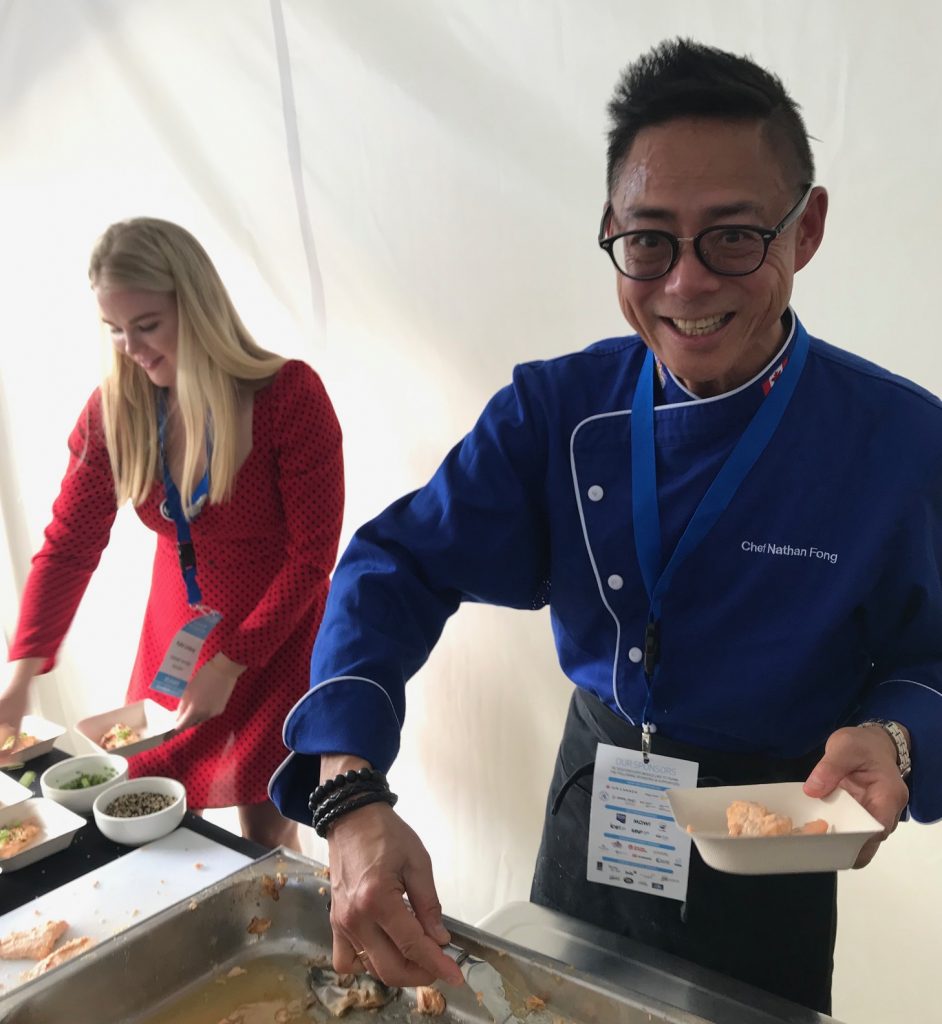 Chef Nathan Fong at the 2019 BC Seafood Festival and Expo in the Comox Valley (Photo: Liza Mayer)

Nathan Fong, an ardent advocate of British Columbia’s seafood industry and a fixture in Vancouver’s culinary scene, passed away on March 30 of a suspected heart attack.

The award-winning food stylist, media personality and philanthropist wore many hats throughout his storied career; one of them is as executive chef producer for the BC Seafood Festival and Expo. The trade show and conference program held every summer attracts 5,000 attendees, including 80 major seafood buyers from around the world.

“We were so honored to have seen Nathan in action at the BC Seafood Festival and Expo in the Comox Valley, where he was heavily involved in inviting young up-and-coming chefs to the seafood community. Nathan will be greatly missed, and his legacy will not be forgotten,” said the BC Seafood Farmers Association, whose members participated in the event.

The event organizer, the Comox Valley Economic Development Society, said Fong was instrumental in growing the festival into what is today. “Nathan’s passion and efforts drove a depth of awareness and celebration about the importance of BC seafood and the producers, both here and in countries around world. Our condolences to his family and many friends,” the agency said on its website.