Charting her own path in aquaculture 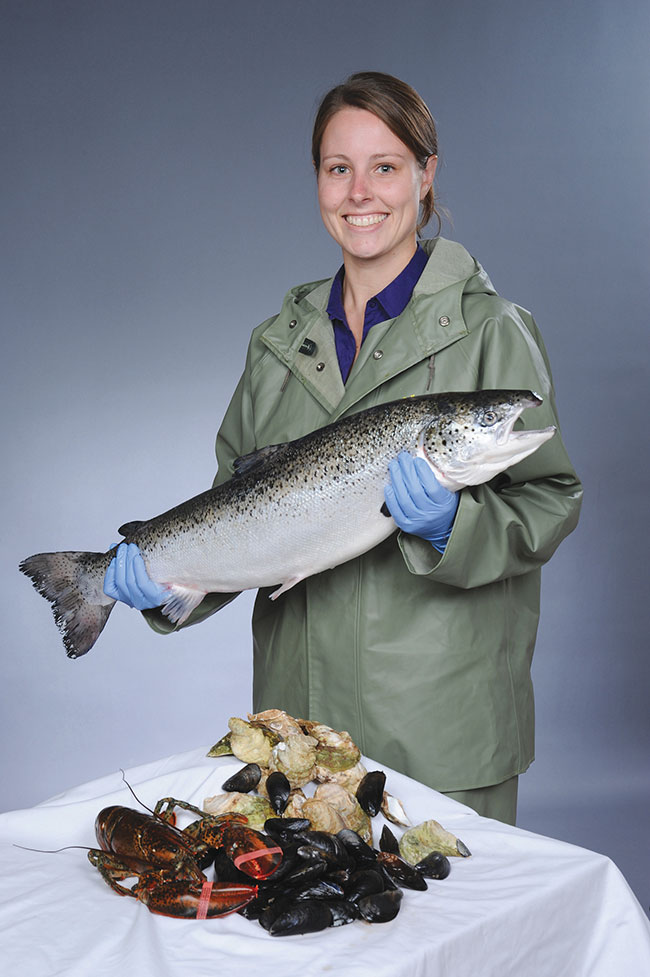 Dr. Bernita Giffin poses for a photo in 2009 as part of the Centre for Aquatic Animal Sciences at AVC.

When Dr. Bernita Giffin graduated from the Atlantic Veterinary College (AVC) in 2009, she could have never guessed her journey in veterinary medicine would take her to Paris, France.

“I always thought I would work directly with the Canadian aquaculture industry. I started along that path with the Centre for Aquatic Animal Sciences at AVC, but then I had an opportunity with the Canadian Food Inspection Agency (CFIA),” explains Giffin. “Once at CFIA, I wanted to diversify my career path through international work and am now on secondment to the World Organisation for Animal Health (OIE).”

For the last 10 years, Giffin has worked as a veterinary program specialist for aquatic animal imports in the International Programs Directorate with the CFIA. In that role, she worked on the new Canadian National Aquatic Animal Health Program (NAAHP), which she saw as an opportunity to protect all Canadian aquatic animal populations – both wild and farmed – from the introduction of new diseases.

As part of the NAAHP, Giffin was responsible for establishing the Canadian import requirements for aquatic animals and their products to prevent the introduction of aquatic animal diseases and negotiating those requirements with exporting countries.

“I was responsible for negotiations with all countries in the world except the United States,” says Giffin. “As part of the negotiations, I had to assess each country’s aquatic animal health program and controls to determine how those trade partners were able to meet Canadian import requirements.”

In 2020, Giffin joined the OIE as a scientific coordinator for aquatic and animal health in the Standards Department, and secretariat for the Aquatic Animal Health Standards Commission. In her position, Giffin supports the Commission in the development of the Aquatic Animal Health Standards which are used by countries around the world to improve aquatic health and welfare, and to prevent the spread of aquatic animal disease.

To find out more about career opportunities as a veterinarian at the CFIA, visit https://bit.ly/CFIAVet.
To learn more about the Atlantic Veterinary College visit upei.ca/avc.