China is not one to get left behind as a new era in fish farming begins. 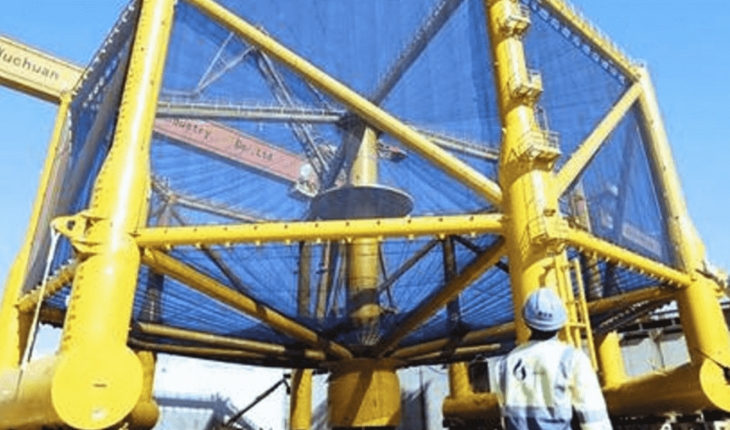 The country is reportedly exploring the feasibility of open net pen salmon farming in the Yellow Sea using a submersible-fish-farm technology that was developed in Norway but built in China.

Called Ocean Farm 1, the 360-foot-wide structure is designed to accommodate water for farming 1.5 million fish while maintaining a death rate of less than 2 percent. It has a 25-year lifespan, can resist powerful typhoons, and requires only three to seven employees to operate, according to SalMar. The Norwegian company’s objective in the pilot test is to spur new technology concepts that can ensure sufficient growth whilst also ensuring environmental sustainability.

The Chinese version, called Deep Blue No. 1, will be deployed by operator Shandong Wanzefeng Fishery in the Yellow Sea, in an area where the cold water is believed to be a suitable habitat for the fish, reported the South China Morning Post.

If the Chinese trials prove successful, the 35-metre-high fish pen could generate about 1,500 tonnes of salmon per season, said the Hubei Marine Engineering Equipment Research Institute, which designed the Chinese system.