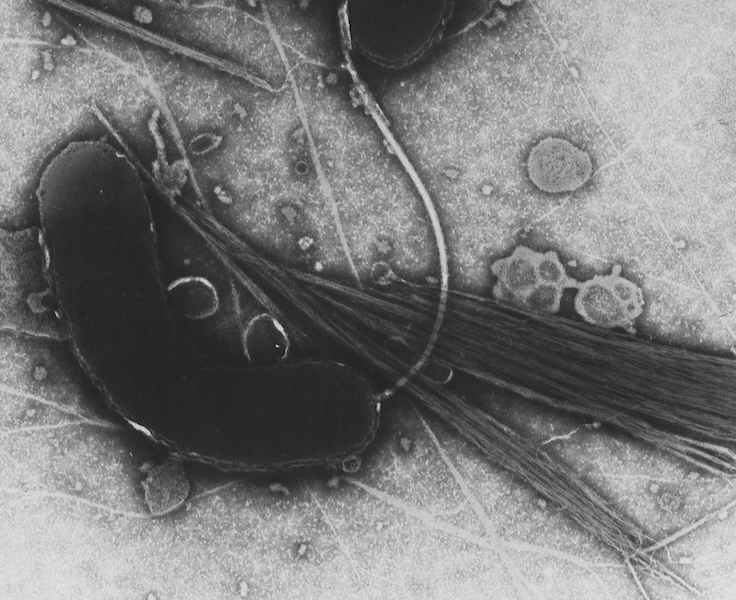 Bacteria cause for concern for people who handle shellfish

Recent research has revealed that climate change and rising ocean temperatures have, and continue to, create optimal conditions for a variety of Vibrio cholerae – a naturally occurring bacteria that is often found in zooplankton, particularly in copepods. Due to the potential health hazards of certain types of Vibrio,  research has shown some of the first ever demonstrable human impacts of climate change. For those in the aquaculture industry, increased presence of Vibrio in ocean water and shellfish presents an increased risk and may require enhanced safety protocols.

“The Vibrios comprise a genus, a taxonomic unit, with a number of species,” says Dr Rita

Colwell, distinguished professor with the University of Maryland and the Johns Hopkins University School of Public Health. “When I first started studying Vibrios as a graduate student, some 50 years ago, there were only a few, maybe less than a dozen species. Now we have almost 200.”

The health concerns associated with the bacteria are significant. Vibrio cholerae is the causative agent in Asiatic cholera, which can cause diarrhea, dysentery and vomiting and can be life-threatening if not treated. Vibrio parahaemolyticus is known to cause food poisoning and is generally associated with oysters and contaminated crabs. Vibrio vulnificus is perhaps the most well known and can be lethal in individuals with compromised immune systems or liver disease.

“Vibrio vulnificus is really wicked,” says Dr Colwell. “It kills, quickly. If you have a cut or abrasion and you have that exposed to sea water containing the Vibrio vulnificus, it will enter the cut, cause a terrible would and, if not properly treated, goes systemic, liquefies the internal organs and it can kill within a matter of days.”

The research effort largely centered around the plankton catalogues at the National Oceanography Centre in Southampton, England. For 50 years, the centre’s researchers collected samples of plankton from ocean waters around the world and recorded the water temperature in each area. The research team in Italy, led by Dr Luigi Vezzulli, extracted DNA from those decades of stored samples using gene probes.

The good news is that consumers have little to fear from the bacteria – properly cooking seafood is enough to kill the bacteria. However, people who work in the aquaculture industry will likely want to take extra precautions.

“I would be very careful with cuts and wounds and having them exposed to sea water and animals,” says Dr Colwell. “I would have good gloves and I would get cuts treated properly. If you notice anything, you’re just using common sense and possibly saving your life, or at least saving yourself some trouble, by getting it treated and having a physician understand that there is the possibility of a Vibrio infection.”

At this point, Dr Colwell says that the only measures that can be taken are preventative; once Vibrio cholerae are in your waters, there is no treatment. If human beings were able to reverse the course of climate change and lower water temperatures, Vibrio numbers would likely recede, however Dr Colwell doesn’t see that as likely.

“The climate change deniers are doing us a huge disservice,” says Dr Colwell. “We need to reverse this, or at least keep it stabilized. These Vibrios react so dramatically to temperatures and salinity. All it takes is a one or two degree increase in temperatures and the number of bacteria is going to increase.”

A representative for the Public Health Agency of Canada says that they have a surveillance system in place which routinely monitors for human cases of cholera and identifies any occurrence or increase in occurrences of cholera in Canada. Bacteria from each case are closely studied and sources of infection are investigated through genomics laboratory techniques.

“The Agency has extensive expertise in tracking and monitoring Vibrio cholerae, and was a leader in investigating the large cholera outbreak that occurred in Haiti in 2010. The Public Health Agency of Canada, the Canadian Food Inspection Agency, and Health Canada work with public health officials and provincial ministries of health to confirm the source of any food-related illnesses when an outbreak is suspected.”