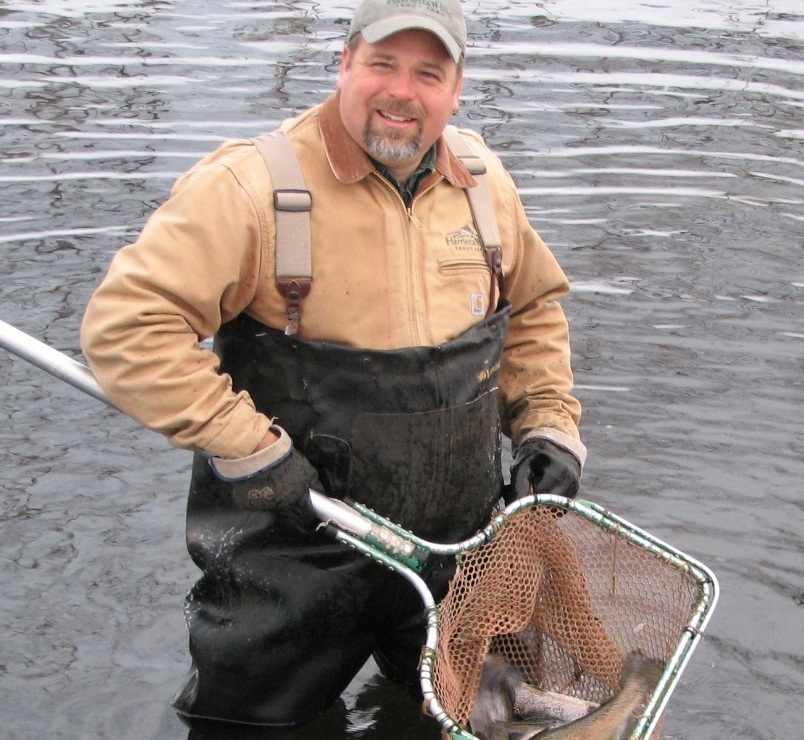 Michigan trout farmer Dan Vogler is advocating fish farmers adopt a checkoff program similar to the US “commodity checkoff” programs that collect funds from producers that are used for research and promotion.

Vogler referenced the US “commodity checkoff” programs that collect funds or levies from producers of commodities and use that money for research and promotion of the commodities. Perhaps it’s time to look at a nation-wide checkoff program for the US aquaculture industry Vogler suggests.

As president of the Michigan Aquaculture Association, Vogler has been instrumental in developing a checkoff program for Michigan, but he maintains that the whole country needs to embrace a program or its seafood industry will run into serious trouble.

Despite its great potential, US aquaculture has been allowed to whither away, he says, to the point that the country has a significant and ever-growing seafood trade gap. Projections estimate that by 2050 two-thirds of all seafood consumed in the US will be farmed, yet there remains a systemic governmental and societal resistance to aquaculture that is preventing its growth and development.

At present the US – and much of the rest of the world – relies heavily on seafood from southeast Asia, particularly China, the world’s biggest producer and consumer of fish. However, the very rapid growth of China’s middle class will create an increased demand for fish. This means that China may take more fish from the ocean, further depressing wild stocks, and increase fish-farm production. The result? There will be fewer fish to export which means that the US could wind up with a seafood shortage, unless Vogler stressed, the US and Canada seriously crank up their aquaculture production.

A national aquaculture checkoff program in the US would provide more research enabling better production techniques and advances in technology and would boost employment and the US economy. If undertaken quickly the program would allow seafood production to offset the projected Chinese-based seafood shortage in the United States.

Vogler said that in Michigan the plan is to increase aquaculture production from the present $2million a year to perhaps as much as $2billion a year by 2025 – an admittedly optimistic goal.

They’ve been working on a strategic plan for aquaculture in Michigan for the past two years. All that’s needed now is the appropriate regulatory environment, he said.