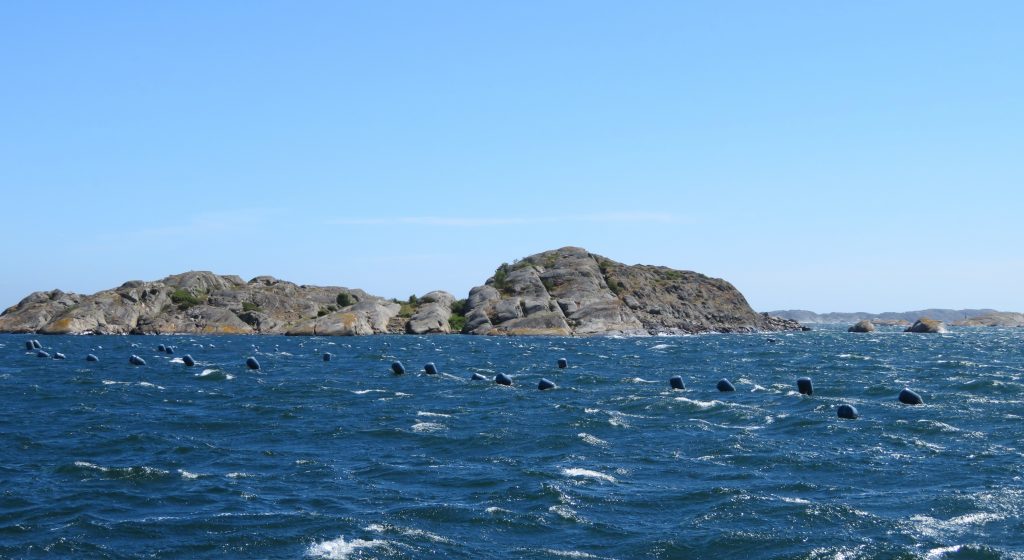 While on sabbatical leave, I spent time in the Northeast of Brazil with Dr. Janaina Mitsue Kimpara from Embrapa (the Brazilian Agricultural Research Corporation) looking at the compatibility of aquaculture activities within Brazil’s complex network of different categories of conservation units.

What struck me was the fact that Marine Protected Areas (MPAs) in the western world are still largely based on a principle that excludes other activities and are essentially “no touch zones,” with a top-down approach.

Brazil, like some other developing countries, adopts the approach laid out by the organization International Union for Conservation of Nature (IUCN) in which there are seven types of reserves, with types V and VI allowing some sustainable activities.

The western world could learn much from this pragmatic approach. Instead, what we see are extremes: conservationists who fiercely oppose development at all costs, and tenants of intensive activities without much concern for sustainability. There is a need to find balance between these two extremes, one that will allow some sustainable activities within the MPAs framework. This also means that the bottom-up and top-down approaches need to meet in the middle.

In 2010, under the United Nation Convention on Biological Diversity, 168 parties (including Canada) agreed to safeguard 10 percent of their coastal and marine areas by 2020 to improve the status of biodiversity (the so-called Aichi biodiversity target 11). In 2015, a number of signatories set an intermediate domestic target of 5 percent for 2017. In 2016, the IUCN World Conservation Congress passed a motion to protect 30 percent of oceans by 2030. As of June 2018, the conserved areas contributing to marine conservation targets in Canada represent 7.9 percent and all are fisheries area closures.

The debate over what MPAs should become, especially in tropical regions, has seen an evolution during recent editions of the Monaco Blue Initiative (MBI), under the auspices of HSH Prince Albert II of Monaco. Exclusion zones are often not the solution for local human populations, who end up losing their traditional occupations, are displaced and resent the MPA concept. Maintaining some activities along the coast, aquaculture and fisheries for example, should be allowed, as long as they are conducted in a responsible and sustainable manner, are compatible with MPA targets, and provide food and nutrition security, poverty alleviation and socio-economic resilience to the local communities. Local eco-tourism could significantly help the aquaculture sector gain societal trust and licence to operate.

Finding the first 7.9 percent of coast to dedicate to MPAs was relatively simple. Finding the next 2.1 percent (or 22.1 percent) will be more difficult, as it involves more areas with human populations and activities. A mosaic of small MPAs (points of least resistance by human communities) will not be the solution. In Canada, it is becoming clearer that the wonderful, land-based, National Parks of the nineteenth and twentieth centuries are sometimes not large enough, and are especially lacking buffer and transition zones, corridors for migratory populations and an understanding of seasonality in the visitation by wild species. We need to transfer this management knowledge to the marine environment.

During the MBI 9th edition, in Edinburgh in April 2018, a consensus emerged that farming of seaweeds and invertebrates had much greater potential for integration with MPAs than finfish. Organisms like seaweeds, sea cucumbers, shellfish, sea urchins, crustaceans and sponges can provide alternative livelihoods while advancing conservation objectives. Models of community co-management need to be developed. It is important to remember that finfish represent only 11.2 percent of the world’s mariculture production. Consequently, aquaculture is not necessarily synonymous with fish aquaculture, or salmon aquaculture; there are other models in the world and we need to learn from them.

Integrated Multi-Trophic Aquaculture (IMTA), combining fed and extractive species of fish, seaweeds and invertebrates, was also seen as sustainable and compatible with MPAs. The appropriate and complementary species can be selected at the appropriate scale to suit the particular MPA and its proper management.

The ecosystem services provided by such systems (e.g. nutrient biomitigation, irrigation-less/deforestation-less food production, oxygen provision, habitat/biodiversity restoration, carbon sequestration, coastal acidification reduction, etc.) need to be understood and valued to realize how well they are in line with MPAs governance and management goals within a circular economy approach. They could be used as financial and regulatory incentive tools (e.g. nutrient trading credits). The IMTA multi-crop diversification approach could be an economic risk mitigation and management option to address pending climate change and coastal acidification impacts.

The time has come to realize that there is conceptual convergence between MPAs and sustainable aquaculture, to identify the potential opportunities and to implement the synergies that can enable aquaculture and conservation to work together more effectively and benefit each other. If top-down decisions on MPAs are made without bottom-up buy-in, we could end up with beautiful tools theoretically, but not functional or implementable in reality, thereby missing their raison d’être.

Interestingly, the first seaweed farm in Sweden is located in the first marine national park of that country, Kosterhavet National Park, established in 2009. The park came into existence after many discussions between the local community bottom and the regulatory top, who were able to meet in the middle for a fruitful dialogue that led to a combination of protective measures while allowing a number of seasonal and well geo-referenced activities such as fishing (mainly northern prawn, Norwegian and European lobsters and mackerel), recreational boating and, since 2015, a sustainable form of aquaculture. It is remarkable to see how consultation, common sense and pragmatism allowed the development of a park that can integrate nature preservation objectives with viable economic and societal goals for the local human communities.

Thierry Chopin is the Director of the Seaweed and Integrated Multi-Trophic Aquaculture Research Laboratory at the University of New Brunswick, Saint John, Canada.