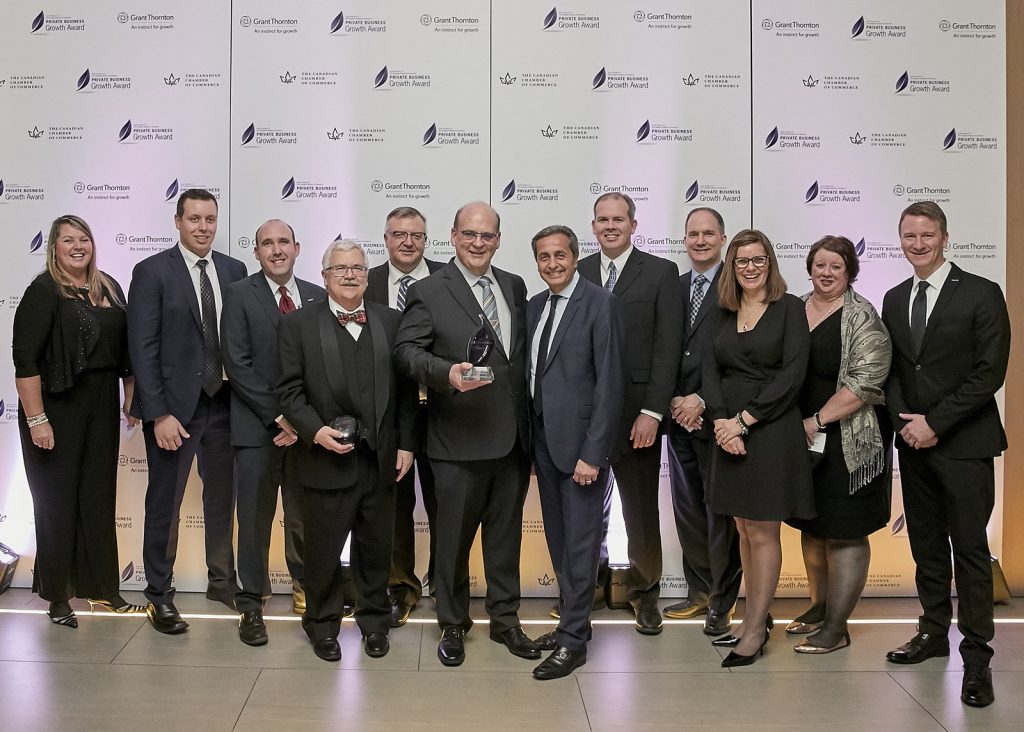 The Black Harbour, New Brunswick-based company was the only aquaculture entity and only seafood company in the 2018 list of finalists.

The award, which is the result of a partnership between the Canadian Chamber of Commerce and Grant Thornton, celebrates Canada’s best private businesses who have achieved success in strategic, sustainable and holistic growth, a release stated.

“My sincere congratulations goes to Cooke Aquaculture, a Canadian leader of the seafood industry,” stated Kevin Ladner, chief executive officer and executive partner at Grant Thornton. “It’s an honour to recognize Cooke Aquaculture with the Private Business Growth Award, as they exemplify a business with a tenacious pursuit for innovation and growth.”

An eight-person jury selected the winner, based on a variety of categories including innovation, market development, people and culture, strategic leadership and improvement in financial measures.

Advertisement
RELATED: Cooke Aquaculture earns award nomination“By combining innovation, sustainability and high standards into their everyday practices, Cooke Aquaculture provides the very best the ocean has to offer,” stated Perrin Beatty, president and chief executive officer of the Canadian Chamber of Commerce. “Their pursuit of economic growth while ensuring they protect the environmental integrity of our Canadian waters is one of the many reasons they make an exceptional choice for this year’s Private Growth Award.”

Cooke Aquaculture was established in 1985, beginning with a single marine cage site containing 5,000 salmon. Four years later, the Cooke family realized that being innovative was essential to competing worldwide, they then embarked on an impressive plan for growth and strategic development. The business has since flourished and become a leader in the global seafood industry.