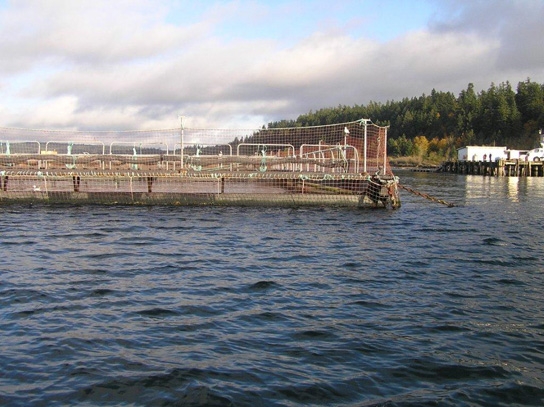 File photo of a Cooke Aquaculture facility in Washington State.

Cooke Aquaculture Pacific LLC is getting ready to take Washington State to Superior Court, in hopes of  appealing the government’s decision to deny the renewal of its farming licenses.

In a public statement, Cooke asserts that the lease application denials were “the culmination of Commissioner of Public Lands Hilary Franz’s five-year quest to bury Cooke and destroy aquaculture in Washington.”

On Nov. 14, the Washington State Department of Natural Resources (DNR) announced that it would not be renewing two rainbow trout farming leases to Cooke’s Rich Passage and Hope Island sites in Puget Sound. The company was given 30 days to harvest its fish and remove all farm equipment.

On Nov. 23, the company requested for more time to harvest its fish and equipment, citing the safety risk the deadline poses to its employees, to the environment and the financial loss of destroyed crops. DNR agreed to extend the deadline to April 14, 2023. But Cooke is now also seeking a preliminary injunction in hopes of securing “a reasonable period of time to safely harvest the fish and remove the equipment remaining at the Rich Passage and Hope Island sites.”

“Cooke is confident that the court will conclude that DNR had no basis in law or science to deny the Rich Passage and Hope Island fish farm lease renewal applications,” the company press release said.

The Rich Passage and Hope Island farms have been in operation for more than 40 years.