Features
David Kiemele: On Leadership, Expertise, and the Scientific Method 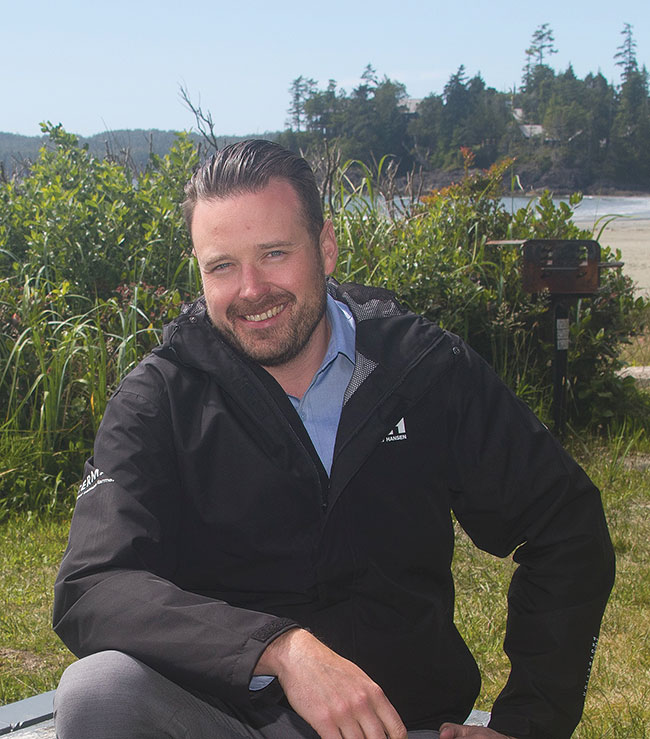 After launching Canada’s first trial of a semi-closed containment system (SCCS) last fall, Cermaq is now announcing positive initial results.  The news follows successful tests in Norway, beginning in 2017, with Certus, a system that prevents the transfer of lice from wild salmon to farmed populations, among other benefits.

But the Canadian team, under the leadership of David Kiemele, plans to go one step further: to grow a cohort to harvest size for the first time.

ANA asked managing director Kiemele for his perspective at this important juncture.

You have a rigorous learning agenda.Will you describe it?

David Kiemele: So, we initially stocked the cage back in November, with a plan to take a group of fish out of that pen at around 700 grams and then another group out at 1.5 kilos, and transfer them to traditional ocean cages located next to the semi-closed cage.  The final group stays in until harvest weight.

We successfully moved the first group of those fish out at 700 grams last month (in April) and they’re now growing in traditional ocean cages. It’s exciting to see how they’ll perform (in the open cages) and how the remaining two cohorts in the SCCS perform with a third of the population now out.

This technology has performed well in Norway.  Now you are testing it again in Pacific waters. Why?

DK: I work for a company that allows innovation to take place. And it fosters a global network of experts. But it’s not only learning how to use the technology efficiently. It’s also learning to use it in harmony with your legislative jurisdictional requirements.

For example, here in Canada, the cage that’s deployed at the Millar Channel farm site is engineered to hold more fish through the whole harvest than we’re currently planning to grow this cycle. And that is directly related to a “proof of concept” that our regulators require before we increase densities.  Which I think is a smart idea.

DK: It’s like driving a sports car, you have a person who can drive it really well and knows how to handle it…And you have someone who’s never driven a car before and they’re handed the same car. The performance around that track is going to vary greatly, right?  So, to use the analogy, we’re getting our laps in right now. But I must say we are very pleased with the results to date. 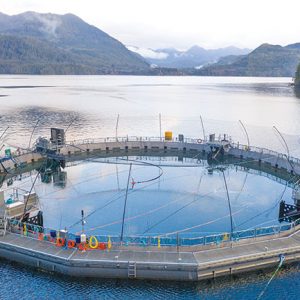 The new system, known as Certus during promising tests begun in 2017 in Norway, features an impenetrable barrier between the open ocean and the inside of the pen. It is the first of its kind in Canada 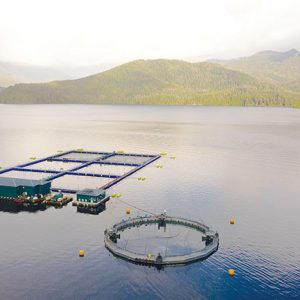 Cermaq Canada has successfully completed the first phase of its trial of a semi-closed containment system at the Millar Channel farm site in British Columbia. The new cage is moored adjacent to traditional net pens for a side-by-side comparison of test and controls ALL PHOTOS: CERMAQ

DK: At the time of the movement of the fish into the ocean cages last month, we’d seen that the fish in the SCCS are growing about 25 percent faster than in neighboring ocean cages.

We have not had to treat or manage the fish in the semi-closed cage to date for lice, where neighboring cages on the same site have required one treatment. And the growth has also spurred a lower feed conversion rate, which is, again, a positive sign that the fish are happy in the cage and performing well.

What challenges do you see going forward?

DK: So, we’ve been talking about our experience during winter months. The real benefits we’re hoping to see with SCCS will really shine through in the summer as the environment starts to change on the west coast of Vancouver Island.

Spring and summer mean increased incidence of harmful plankton or jellyfish. The intake pipes of the SCCS have been designed to be lowered to a depth of 23-24 meters, based on year-over-year water samples from that site before the cage arrived.

We have profiled our water column and the deeper you go for the majority of the time, the lower the risk.  The plankton, the jellyfish we see usually occur in the top 15 meters of water. And, so, we dropped the pipes below to avoid bringing them into the SCCS.  And, so far, it appears to be working.

How does your background with traditional net pen cages help you farm with this new technology?

DK: I’ve been doing this now for 21 years. I’d like to think that what I’ve done — and continue to do — is learn something new every day.

Farming fish in the ocean is never the same. No day is like the last.  And really how I approach opportunities — and challenges — is I reflect a lot about what I’ve been through, what I’ve seen work, what I’ve seen not work. I do my own analytical exercise in my head.  You can really only undertake that if you’ve been through certain experiences, right?

I’ll be at home on a Saturday night watching a hockey game.  All of a sudden something will pop into my head pertaining to the business. And I’m like, “This is a good idea.”

It happens all the time. You’ll find that a lot if you talk to salmon farmers. They’re very passionate about what they do. You’re raising an animal, providing food for people.

What are the factors of success today?

DK: We talk a lot about the fish. Innovation.  Technology. Political challenges. But, at the end of the day, I could get a new farm tomorrow with the best feed barges, the best cages, the best fish. And if the people aren’t there, then the results aren’t going to reflect those advances.