Decommissioned oil and gas platforms eyed for aquaculture use 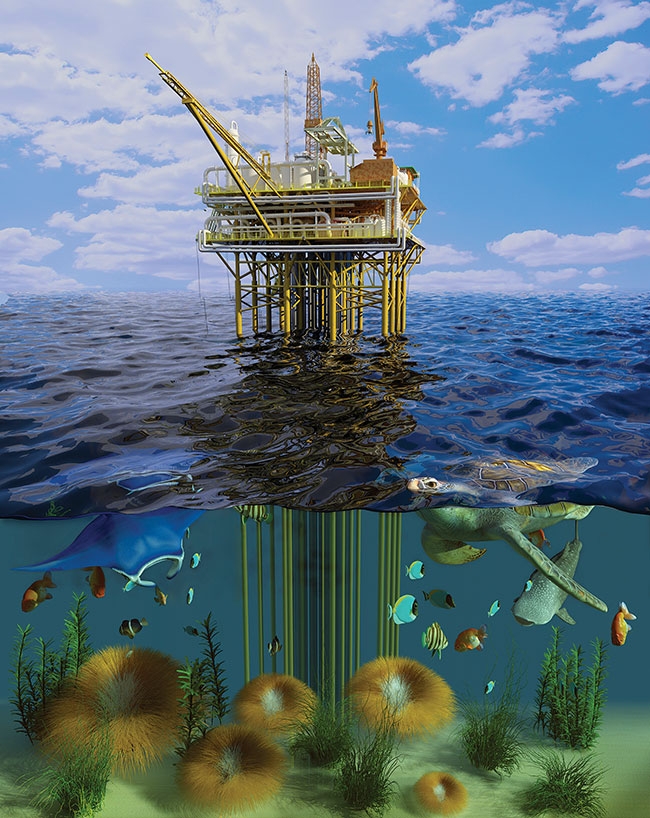 Aquaculture projects are among the potential alternative uses for decommissioned offshore oil and gas platforms at the Santa Barbara Channel in California.

Potential projects for alternate uses for the platforms, including aquaculture, scientific and oceanographic research, renewable energy and desalination will be the subject of an exhibition in November at the Santa Barbara Maritime Museum (SBMM).

Operators of six of the 20 platforms in the area have announced that they will not restart production. While decommissioning of the platforms will require several years, the process has begun, and the oil companies are preparing their plans now.

“Well-designed projects, from both environmental and economic standpoints, need to be developed and discussed quickly, or this opportunity may be lost,” George Steinbach, volunteer consultant working for the Santa Barbara Chamber of Commerce and the SBMM, told Aquaculture North America (ANA).

Exhibits from the aquaculture industry are expected to be in the categories of commercial net pen aquaculture, on-structure hatchery for habitat restoration projects, commercial shellfish production, and commercial harvesting of shellfish from the structure’s legs.

The platforms offer many advantages for offshore aquaculture. “They are fixed and stable sites in the open ocean, some in very deep water, that have significant deck areas for equipment, housing and infrastructure. Some have electric cables from shore that could be used to import power. This infrastructure will need to be maintained, but it is uniquely situated and irreplaceable,” Steinbach said.