Done with coho, farm shifts focus back to sablefish 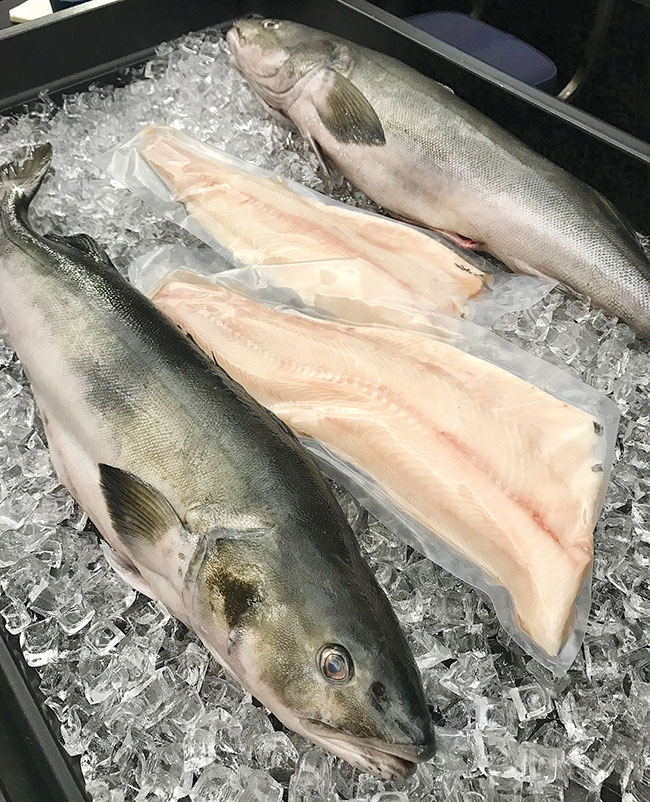 Sablefish is back at the center of Golden Eagle Aquaculture's operation after pricey coho salmon raised in RAS failed to compete profitably Photo: Liza Mayer

After trying to prove over the past eight years that growing salmon to market size using recirculating salmon aquaculture (RAS) was economically viable, company president Terry Brooks conceded there would be little use in soldiering on.

The company purchased the facility on Vancouver Island in 2012 from Swift Aquaculture. At that time, Brooks thought RAS could be financially successful so long as production didn’t exceed demand.

But “the market wouldn’t pay the price for salmon raised in RAS, even when competing in a niche market,” he now says.

Brooks says the company exceeded the capacity of a niche market very quickly. Having outgrown the niche market, the farm was now competing with other farms and wild-caught product, and margins are low.

In April 2020, he decided to close the grow-out site for coho and refocus on what had been the company’s bread and butter for the past 15 years: sablefish. 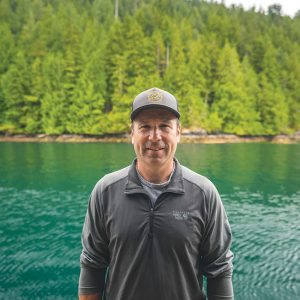 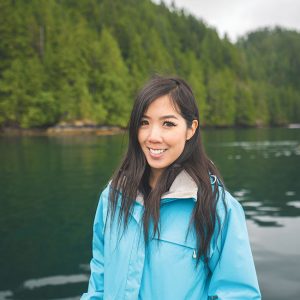 RAS still plays a key role at Golden Eagle, but only in the hatchery phase. “Our hatcheries on land are RAS but we transfer the fish to grow in open net pens,” says Claire Li, the company’s sustainability director. “Sablefish are not well suited to RAS because they’re a ground fish. In the wild, their habitat is 2,000 feet down. Our nets go down 150 feet, they’re quite far down in the water column. It would be quite expensive to replicate those conditions on land.”

Li adds that Japan, the world’s largest consumer of the species, is a “dependable market” for Golden Eagle. The company sells its fish under the brand Gindara Sablefish.

Growth in the company’s sablefish production enabled it to expand into other markets. It has made inroads into the US and European markets, and has begun domestic distribution in Canada.

Sablefish has been filling the market void created by Chilean sea bass, a fish with similarly rich, buttery flavor because of their high-fat content, adds Li. “The decline of Chilean sea bass supply in the past couple of years has left a gap in the market for a similar white fish.”

“It’s been a really great opportunity for us to step into that market, especially with a product that’s local to Canada,” she continued. “I think people appreciate having a fish that’s produced in North America. There’s a sense of quality that comes from Canadian production. It is highly valued in international markets.” 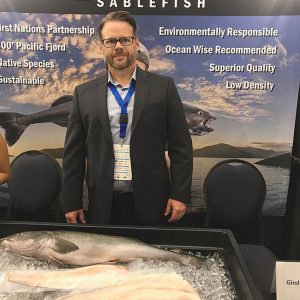 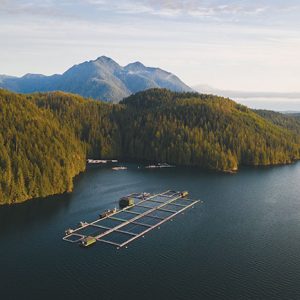 Golden Eagle Aquaculture farm on Vancouver Island, BC. Its sablefish production has a ‘green’ or best choice rating from the Monterey Bay Seafood Watch program

The company faces competition from wild-caught sablefish from Alaska due to the sheer volume of the Alaskan product, noted Li. The COVID-19 pandemic compounded market challenges, prompting the company to find stronger retail markets.

“Our fish is very well suited to white tablecloth restaurants and sushi restaurants,” she says. “We’ve been very focused on foodservice. But we’d like to expand into retail, especially because there’s been such an uptick in retail sales recently.”

Brooks says that the partnerships they have developed have been instrumental in pursuing that goal. “We’re very fortunate, having been in the North American marketplace for the last 15 years, we have very good connections with fish brokers in the US,” he says.

“And those are the very same fish brokers that now have to figure out how to put their products into retail. So we’re just working with them and they’re basically guiding us through.”

In a sector where so many companies have come and gone in the past 15 years, Li is quick to give credit to the knowledge and expertise of the staff and management for the company’s longevity.

“It hasn’t been easy taking what was a wild species and developing it into a domesticated product,” she says. “Scientists at the hatchery have led in closing the loop on sablefish aquaculture, breeding them and getting them to market size. And Terry himself has a lot of experience, having started in salmon aquaculture and having come from a long line of commercial fishermen. That experience has been crucial.”