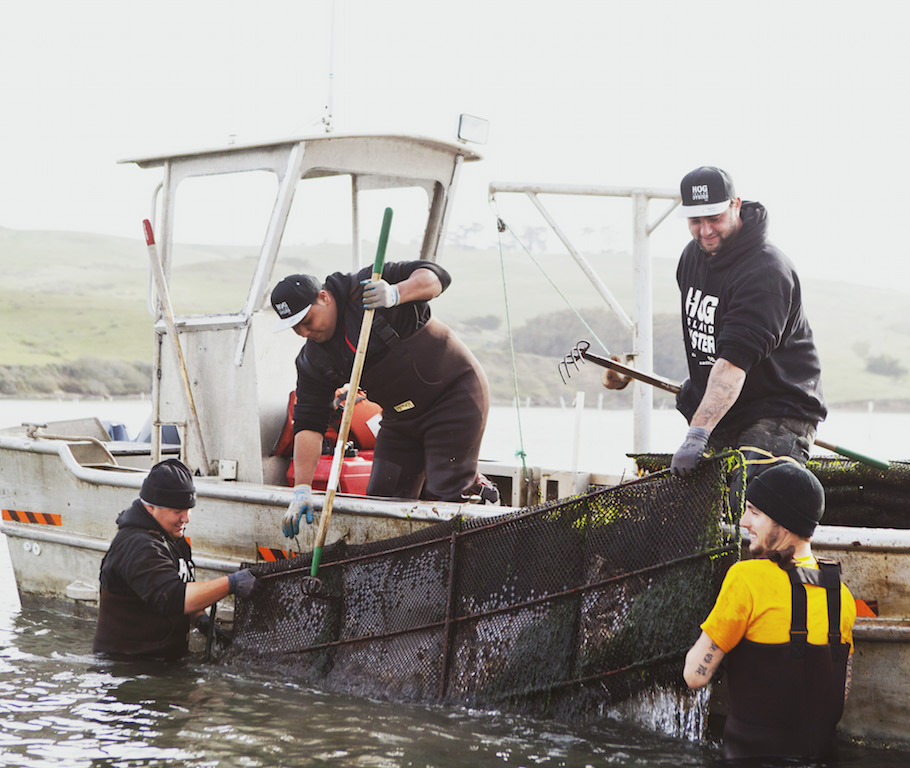 The eviction of Drakes Bay Oyster Co’s California shellfish farm from Point Reyes National Seashore in December 2014 left oyster farmers up and down the Pacific Coast nervous about their own fates.

But the rancorous battle that preceded the shutdown has yielded several valuable lessons for shellfish farmers in California and aquaculturists across the country, Drakes Bay owner Kevin Lunny tells Aquaculture North America (ANA).

Since closing down the farm, the National Park Service has wasted no time in dismantling eight decades worth of oyster farming equipment, beginning in January 2015 by removing nine commercial buildings and nearly 6,000 square feet of asphalt and concrete. All told, the Park Service will remove five miles of wooden oyster racks and 500 tons of marine debris that once supported an operation that grew roughly a third of California’s local oysters.

The closure of Drakes Bay resulted from a unique confluence of circumstances — most crucially the farm’s location in Point Reyes National Seashore.

An oyster farm was first established in 1935, and it wasn’t until 1962 that President John F Kennedy designated the area a national seashore. A decade later, the family operating the oyster farm sold the land to the federal government and signed a 40-year lease to farm oysters. In the mid-2000s, Lunny bought the permit and rebranded the farm “Drakes Bay Oyster Co.”

But the lease expired in 2012, and the Interior Department, which manages the land, decided against renewing. The resulting legal battles pitted Lunny and his allies in the local farming and food community against wilderness advocates. Environmentalists that normally would be allies turned into enemies.

Lunny wishes he could have avoided those battles. The first lesson he offers for shellfish growers is to stay vigilant about standing up for the facts, he says. “Don’t be sure that completely false claims that are repeated and repeated won’t become truth,” he says. “Nip those things in the bud.”

Lunny says that regulators relied on dodgy science and dubious studies about the negative environmental impacts of oystering to justify closing the shellfish farm while allowing other commercial operations — cattle ranches — to renew their leases.

“To decide to renew without a reason would have been in violation of the law. They had to create a reason to not renew,” Lunny says.

Lunny’s second lesson is to establish working relationships with people that might initially oppose shellfish farming, especially local environmental groups. Have a respectful dialogue, and listen to their concerns. Work with them, whether they’re worried about plastic on the beach or bright lights and loud noises disrupting wildlife.

“Go out and see them, talk to them, take them out on the bay. Create a platform where these things can be discussed. They aren’t your enemy,” he says.

Do the same with elected officials, who might not be educated about shellfish farming, Lunny says. “Make sure you’re available.”

Other California oyster farmers have garnered similar lessons from the Drakes Bay incident.

John Finger, who launched Hog Island Oyster Co in 1983 in Tomales Bay, just north of Drakes Bay, says that oyster farmers need to be more proactive about documenting the positive environmental effects of shellfish farming. Oyster farmers observe first-hand how their farms bolster the growth of eelgrass, an important habitat for juvenile fish. But official scientific results to confirm what farmers know from experience haven’t caught up. Vetted scientific studies are needed.

Oyster farmers also need to engage with policymakers at all levels, from Washington, DC to local planning commissions. That could mean taking regulators and legislators out on the water to see oyster operations and clear up misconceptions.

“People will paint it as industrial farming and it’s really not,” Finger says.

It will be difficult for California to regain the oyster production it lost when Drakes Bay closed, given the hurdles to starting an oyster farm in the state. Lunny says he doesn’t want to give up oystering, but has yet to find a new place to launch anew. Prospective oyster farmers must contend with a thicket of regulations and permits from multiple government agencies such as the US Army Corps of Engineers and the California Coastal Commission.

“It’s not an easy business to find a place and get started,” Lunny says. “Most oyster farms have people. They’re successful. They’re not turning over. And we’re not seeing expansion in California.”

Finger agrees. When he launched his farm more than three decades ago, he started with $500 in his pocket. At the time, it was easier to open a shellfish farm on the West Cost than the East Coast. These days, it’s the opposite, and West Coast permitting costs have soared, he says.

“We’re not getting a lot of new farms on the West Coast because the permitting process is so onerous. For someone to do what I did 30 years ago and start a small farm is just not feasible,” says Finger, who added that demand for his company’s Tomales Bay oysters has increased substantially since neighboring Drakes Bay Oyster Co was shut down in December 2014.

The California Shellfish Initiative, an effort to increase shellfish farming that the Pacific Coast Shellfish Growers Association is spearheading, could help grow the industry in California.

There are other signs of progress in California, says Margaret Barrette, the executive director of the PCSGA. Elsewhere in the state, active farms are still growing oysters in Humboldt Bay, Tomales Bay and Morro Bay. Coalitions are working to make permitting more efficient and develop new technologies.

“There are some exciting things that are happening in California,” says Barrette. “Whether Drakes Bay was unique or telling of what we might see more of, I don’t think we know. Though it certainly remains on everyone’s mind as far as what can happen.”