As one of only two farms to produce the species in Quebec, Raymer Aquaculture has a strong foothold in the local market. 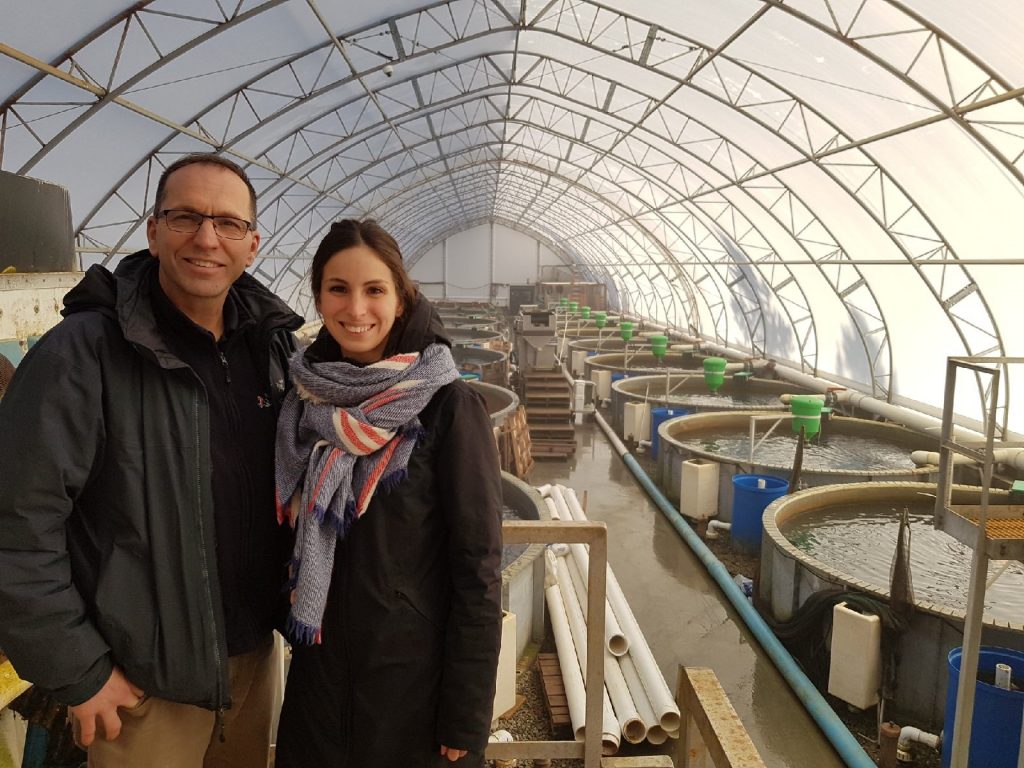 Raynald Mercier has always been in the fish business. A degree in biology landed him a job as an inspector in a fish plant once out of university and he has worked in a fish market and for a fish distributor.

“I noticed the popularity of char and trout in the distribution business,” says Mercier from his home in New Richmond, on the southern shore of Quebec’s Gaspe peninsula. He knew several people in the fish farming industry and saw a good opportunity. “I started the farm in 2011,” recalls Mercier. “But I didn’t know at the time that it was such a big challenge.”

The Merciers have built a vertically integrated business — from egg to plate. They hatch eggs, nurse and grow out the fish, process them in their own federally inspected plant, sell directly to distributors in Quebec and Ontario and run their own fish store at the farm, selling an array of local products to their community. Mercier’s daughter Sabrina uses her human resources degree to work in management at the farm. Depending on the season, they employ up to15 people.

“Arctic char is a very interesting fish for the chefs in restaurants,” says Mercier. “We are one of only two farms to produce char in Quebec and for that reason we have no problems selling the fish at this time.”

Rainbow trout cannot be farmed in the Gaspe region so the Merciers produce brook trout, a species native to the area. “We’re the only fish farm to grow brook trout for the table in Quebec,” Sabrina points out. “Its not very well known but we are growing the market. People are very interested in brook trout.”

Current yearly production is around 50 tonnes, with 90 percent of that being arctic char and the remaining 10 percent brook trout.

Char eggs come once a year in the fall from Icy Waters in the Yukon Territory and the brook trout are from a local Gaspe hatchery. “We hatch between 100,000 to 250,000 eggs a year,” Sabrina explains. “Our survival rate is roughly 75 percent.”

The sustainability of the indoor recirculating farm helps with customer acceptance, the Merciers maintain. “We are working in very sustainable aquaculture,” says Sabrina. “We use sustainable feed, a RAS system with indoor tanks so we have good biosecurity and no risk for the fish to escape. In the ocean there are less fish so this is a way to support what is left of wild stocks.”

An underground well provides plenty of water at 7-8˚C that is pre-filtered with a drum filter. “We use geothermal heating in the hatchery for the smallest fish from January to August,” says Sabrina.   “We need around 12˚C to ensure good early growth.”

A generator and compressor provide oxygen and they have a backup electrical generator for when the power goes down.

Skretting is the choice for feed says Sabrina. “They have a very good program for sustainability,” she says. “That is very important for us and the feed seems to be good for the fish.”

“The color of the meat is very important for the customer,” Mercier adds. “That is why we use the Skretting feed with the astaxanthin for natural color.” He adds that they target 1:1 feed conversion ratio.

They process the fish on site, in a plant that is inspected by the federal Canadian Food Inspection Agency (CFIA). “The CFIA plant is important for us,” Sabrina explains. “We sell to a distributor in Quebec City and Montreal, but the CFIA inspection allows us to sell into other provinces (currently Ontario) and we are looking to sell into the US in the future.”

Raymer Aquaculture has a fish market on site that began as a means to sell their own product, but has since expanded to include other local fish, crustaceans and shellfish.

“We can give feedback to the aquaculture technicians,” says Mercier. “When we process the fish in our plant we have full control of the quality and of the shelf life. When we ship the arctic char we are very strict with the temperature so they have longer shelf life.”

“When we spend maybe two years growing the fish, we want to make sure they are in the best condition when they get to the customer,” he says.