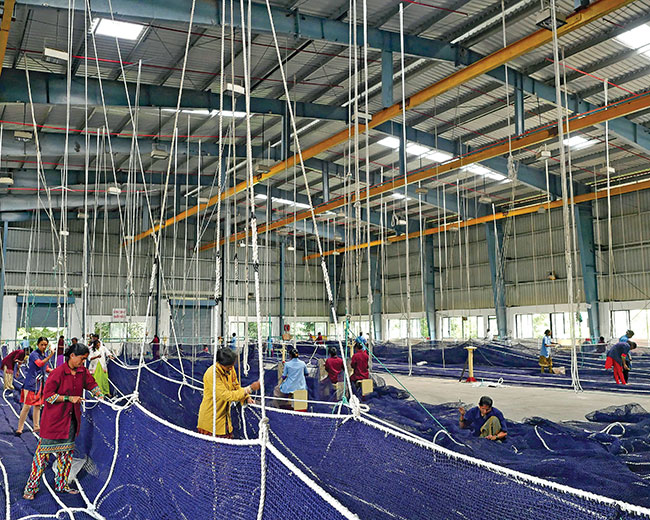 Excel Sapphire nets, seen here being made in India, are used in Mowi’s operations in Canada Photo: Garware Technical Fibers

These days traditional net pen producers are operating farms that are anything but traditional. Although coastal cages may have conventionally defined configurations, an atmosphere of continual improvement pervades the industry, creating cautious optimism among producers and a stream of news from global aquaculture investment accelerators.

One possible reason for the persistent confidence in net pen farming lies in the range of solutions that are constantly being introduced and refined — in nutrition, disease prevention, production hardware, and technology.

Feed, for example, which makes up the largest share of the total cost of production, has been an ongoing focus of innovation, especially as concerns about “fish in/fish out” have grown. One of the newest aquafeed ingredients that’s generating interest is barley.

Co-founded by a chemical engineer and biochemist and part of the HATCH accelerator program for aquaculture start-ups, Montana Microbial Products (MMP) created a patented process to turn barley into barley protein concentrate (BPC), which has proven to be a fully digestible, high-protein ingredient.

“Feed tests done with BPC and Atlantic salmon and trout have shown fish growth and feed conversion ratios equivalent to fish meal-based diets,” noted Bob Kearns, one of the co-founders. “BPC has been used at inclusion rates up to 35 percent of the overall diet with no adverse effects on fish growth, health, flesh color or taste,” he added. 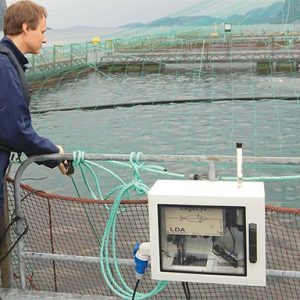 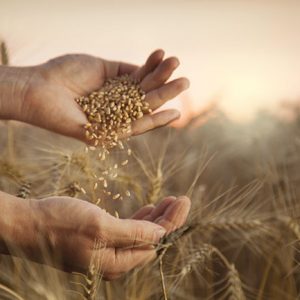 To produce and sell BPC, MMP has recently signed a licensing agreement with the agricultural marketing company Scoular of Nebraska. While Kearns could not comment on the details of Scoular’s plans, he did say that he anticipates this “superior protein” to be in commercial production in 2021 and expects it to be priced competitively with other plant-based proteins. The companies have begun work on Canadian product registration.

The aim of the feeding game is to grow a healthy fish fast at the lowest possible cost, and that purpose is defeated if feed is wasted. “You don’t want to feed pellets to the pollock swimming outside the cages, and you want to transform every kilo of pellets into as much salmon as possible,” said Bendik Søvegjarto, chief executive of Oslo-based technology company CageEye, which is backed by the Dutch investment fund Aqua-Spark.

His company recently announced the fourth generation of its system which gathers data from hydroacoustic sensors, combines it with biological and environmental information, and makes decisions about when and how much to feed fish. Then, it autonomously does the feeding.

It’s better than human feeders with underwater cameras, according to the company, because a camera sees one to three percent of the cage, while this system observes 70 percent. Plus, its machine learning can grapple with millions of patterns an hour, a task impossible for the human mind.

CageEye, which was founded in 2013, expanded into Chile last year. It says there is a waiting list for the product.

Ace Aquatec, based in Dundee, Scotland, is another company harnessing technology to aid fish farming production, including predator control. Recently, it has added to its system thermal cameras that detect the approach of seals and trigger acoustic devices to ward them off.

“This is the latest in a series of innovations aimed at making our deterrents the most environmentally responsible approach to predator control,” said Mike Forbes, head of sales and marketing. For example, enhancements have included low frequencies that cannot be heard by whales, dolphins, and porpoises and modulating sound frequencies to avoid damaging seals’ hearing. In addition, electric deterrents can “train” predators to keep away from farm sites.

Protection against predators is just one of the boxes the cutting-edge net known as Sapphire Excel ticks off. “The gauge of twine is wound very tight, and it has stainless steel wiring throughout to make the netting bite resistant to predators,” noted Darren Ingersoll of Mowi Canada East, which is adopting it for all of its sites.

The Newfoundland operation selected this product made by Garware Technical Fibers of India because Mowi believes it has better durability and can withstand regular cleanings. The upfront costs are more expensive than traditional nets, the company said, but the quality and durability of this product made of high-density polyethlene (HDPE) are worth it.

Finally, look for continuing developments in the fight against sea lice, which requires an all-of-the-above offensive. Trondheim-based Ecotone, another award-winning technology company, is currently working with two salmon producers on a pilot of SpectraLice, a system which continuously monitors sea lice in each sea pen, counting and classifying them, with no manual handling of the salmon.

This is an important feature, said Ivar Erdal, director and co-founder of Ecotone, because handling causes stress. Today’s method of manual counting about 20 salmon weekly may also detect negative sea lice development when it’s too late and requires more intrusive chemical or mechanical interventions, he added. The company anticipates the system will be ready for commercial sale in early 2021.