What does it mean for fish farmers? 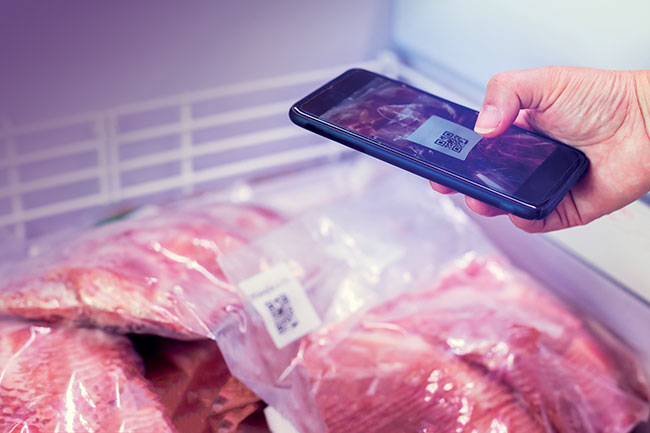 The alarm probably won’t go off until 2024, but the clock is ticking as the seafood industry begins to grasp the full impact of newly introduced US requirements for food traceability.  The Food and Drug Administration (FDA) knows they’re not simple. In fact, it took a lawsuit, and close to a decade, to prod the agency into publishing them.

Among the provisions, a trout farm or oyster grower must keep specified records and, if an FDA representative requests, provide them in 24 hours.  Beyond producers, the sweeping legislation affects businesses up and down the supply chain, from distributors to processors to retailers.

The challenge before the industry now is how to capture and share data about every product as it makes its way to the consumer’s plate.

“It’s not an overnight fix. I don’t really know if all the players realize how short the runway is, even though the rule isn’t final yet,” says Frank Terzoli, longtime seafood expert who has spearheaded traceability programs for IBM and now the World Wildlife Fund (WWF).

Sweeping overhaul
The pending rule is part of the Food Safety Modernization Act (FSMA), signed in 2011 to reform US food safety laws. Hailed as long overdue, it gave the FDA mandatory recall power and expanded access to food safety records.  It also directed the FDA to designate high-risk foods and the records producers must keep.

But by 2018, there was still no list, and the Center for Food Safety sued.  In a settlement, the FDA agreed to publish the rule by September 8, 2020. A period of public comment closed in February this year.  Now the agency has until November 7, 2022 to finalize the rule, known as FSMA Section 204. Food companies will have two years after that to comply.

That may seem like a long time. But Bob Rheault, executive director of East Coast Shellfish Growers Association (ECSGA), says, “I fear this only puts off the pain it will inflict.”

List of high-risk foods
Spinach, eggs, and peanut butter caused some of the largest food recalls.  However, when the FDA ran its risk-ranking model, fish also ended up on the list.  It includes finfish (except catfish), crustaceans, and mollusks (except scallop abductor muscles) — both wild-caught and farmed.

Awareness of what’s coming down ranges widely.  Many, like Blue Ridge Aquaculture, are familiar with the pending rule “at a high level.”

“We support consumer visibility into where their food comes from,” says Martin Gardner who directs business development at the largest producer of tilapia in the US.

“I am aware of the proposed rule and have reached out to our board about it,” says Katie Harris, president of the US Trout Farmers Association.  “A lot more research needs to be done.”

Others, especially those who have already dug deeply into the data requirements, are “starting to get a little panicked,” according to Chip Terry, co-founder of BlueTrace (formerly Oyster Tracker).

But from where he sits as “the classic middleman,” Joe Lasprogata of Samuels and Son Seafood thinks that “the aquaculture guys are ahead of the game.”

Awareness to implementation
Lasprogata has been at the large Philadelphia-based distributor for 32 years.  The process of digitization is “daunting,” but it is something he already started three years ago to improve efficiency.  “Section 204 just accelerated the process,” he says.

But it won’t come cheap.  He estimates that the cost for new software, licensing, wireless scanners, and printers will exceed $500,0000.

The rule will also impose “a substantial burden on small dealers to invest in new software, training, tags, and scanners,” says Rheault.  However, shellfish farmers “can pick up software for a few hundred bucks and with some training come into compliance.”

“But I don’t want to minimize the resistance the FDA will face if they do this poorly,” he adds.  Some of that concern centers on data creation.

Event-based traceability
At a public meeting last December, FDA deputy commissioner Frank Yiannas warned the audience that it would be hearing “a lot of talk about data and standards.”  But, he emphasized, “this is ultimately all about protecting consumers from contaminated foods.”

Although the FDA will not require electronic records, it does “strongly encourage” them.  Digitization may be the only way to produce an “electronic, sortable spreadsheet” in 24 hours without serious headaches.

The FDA’s proposed system follows critical tracking events (CTEs) in the supply chain and stipulates capture of key data elements (KDEs) along the way.  It will also require creation of a “lot” identified by a specific code, such as a “batch,” “production run” or, in the case of growers, what’s harvested in a 24-hour period.

A key question is whether the FDA system requires everyone to capture and store the data in exactly the same way at every step.  Disruption can be prevented by a common schema that enables users to simply correlate data from various sources. But this makes certain IT design standards mandatory.

The average oyster goes through five to seven steps between the time it leaves the farm and the moment it lands on a bed of crushed ice. So, if the FDA needs to speed traceback from the restaurant where a consumer became sick, the system must have “interoperability.”

“Many larger dealers may welcome the new rule since they probably have already made a lot of these investments in an effort to speed inventory control and maintain HACCP records (such as receiving and shipping logs),” Rheault wrote to ECSGA members in December.

But the rule could be a “disaster if they try to impose their solutions on our industry in ways that result in a wholesale restructuring of our regulatory model,” he told ANA recently.

Rheault also notes there is strong resistance to putting data into the Cloud.  “That’s because of the libertarian sense of most growers, harvesters, dealers, and business people who don’t trust the government and don’t want their financial data exposed.  Most of all, they don’t want their competitors to learn their customers. Not that any of that would likely happen.  But the fear is real.”

Tools for transformation
While FDA action stalled during the last decade, momentum grew in the private sector and among NGOs.

In 2017, the WWF and the Institute of Food Technologists launched the Global Dialogue on Seafood Traceability (GDST).  That initiative has since brought together some 80 companies worldwide with seafood sales over US$35 billion annually  —  much of which is imported to the US.

“There’s very strong overlap” between the GDST standards and FDA requirements,” says David Schorr of WWF. “And there’s no conflict.”

That’s encouraging, especially since GDST is well along in its learning curve.  Last year, its standards were successfully piloted in a test with GS-1, originator of the ubiquitous barcode scanned at retailers.

The market will require traceability, Schorr believes. “The writing is on the wall. It’s coming fast, but the good news is that all the tools are there.”