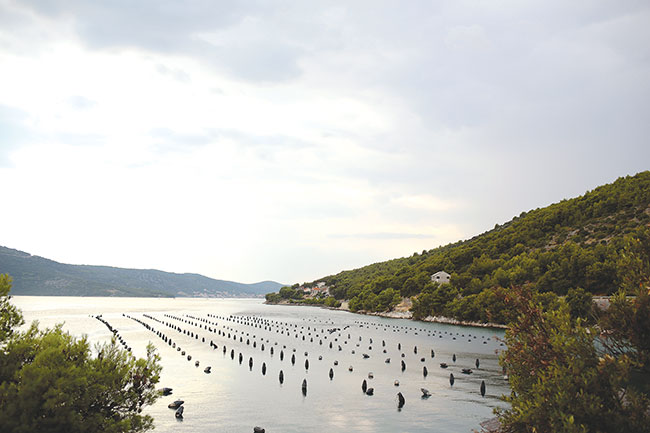 The isolation of oyster farms makes them an easy target for thieves and a challenge to safeguard Credit: ©Volodymyr/ Adobe Stock

Oyster thefts continue to be a big problem for US farmers. While a handful of cases have attracted significant media attention, many are unreported and some are so sizable that they threaten the existence of the businesses.

In the State of Louisiana, there are no figures available on the number of oyster thefts or the financial losses they represent, but it is a chronic problem exacerbated by challenging logistics, says retired Louisiana Sea Grant researcher and now industry consultant, John Supan.

“All of those thefts occurred in bottom leases,” says Supan. “In many cases, these leases are way out in the marsh so surveillance has to be by vessel. Thieves go when the leaseholder is away; they drop a dredge and steal the oysters. Your only option as a leaseholder is self-policing. You can’t really call a marine enforcement agency; they’re spread too thin. You can’t really call the Sheriff’s Office because very few of them have the resources to put a boat in the water and patrol.”

Supan notes that the thefts occur more frequently when there is a shortage of oysters in the marketplace, as is the case currently. Technology has also helped thieves. Supan has been told stories about thieves coordinating with cell phones and using drones to monitor the readiness of oysters and the presence or absence of the leaseholder at the site.

Nick Collins of Louisiana’s Collins Oyster Company says thefts have been an industry problem for as long as he can remember. He has childhood memories of patrolling the property by boat with his father and grandfather. But he believes the issue is far worse today than it was in the past.

“I’m fourth generation,” says Collins. “I’ve got a quality product. We settle for nothing less. But people don’t care. The thieves’ mindset is ‘I’m a drug addict or I’m starving or whatever, I need money.’ And in the wintertime there’s no work.”

Collins finds himself in a particularly challenging position. His family holds 1,700 acres in leases but only around 300 acres are productive because of the 2010 BP oil spill. Combine that with the thefts and natural predators, he’s wondering whether it might be time to disengage from oyster farming.

“We’re debating it, me and two of my brothers,” says Collins. “We’ve been farmers all our lives. But you’re really facing difficult times each year just to pay for a year’s worth of expenses.”

Last year, Florida’s Pensacola Bay Oyster Company lost more than 30,000 oysters to thieves. The Florida Fish and Wildlife Conservation Commission was able to make four arrests in this case, pursuing charges of grand theft, dealing in stolen property, criminal mischief and misdemeanors related to improper oyster handling. Court proceedings against the accused are still in progress, but there was no way for the company to recoup its losses.

“They found a bunch of the oysters,” says Pensacola Bay Oyster Co president Donnie McMahon. “But they weren’t sellable at that point because they weren’t traceable. We pretty much lost everything.”

Maryland’s Bill Pfeiffer has been maintaining an oyster lease for the past 20 years and intends to farm oysters into his retirement. In 2018, he found his lease had been dredged and the oysters were gone. He is now exploring potential security measures, including using a beacon that will be hidden among the oysters and sends a signal once moved. A long-range night vision camera is also in his sights, but he acknowledged they could be quite expensive.