Farmer’s switch from tuna to striped bass pays off

Over the last five years, Pacifico Aquaculture has morphed from a tuna ranching operation to a small-scale striped bass startup to one of the largest farmed fish producers in Mexico, say industry observers in the Latin American country. 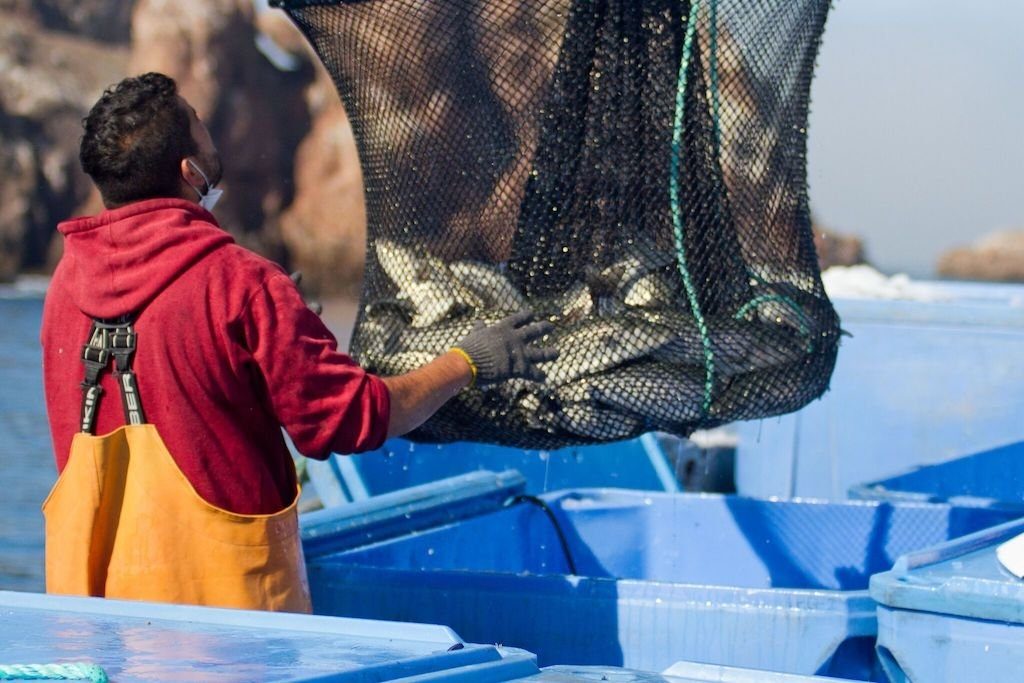 Pacifico staff unloads a net full of striped bass. The company aims to become a major supplier of ocean-raised striped bass to the US and the Americas

Permitted to grow several types of species on their farm site in waters near Ensenada, located on the Baja Peninsula coast, the company has found its niche market in the “true” striped bass (non-hybrid) — Morone saxitallis — for markets in the United States and the Americas, Pacifico executives said.

“Presently we are focusing solely on the commercial production of the striped bass,” Pacifico co-founder Rex Ito told Aquaculture North America (ANA). “The full species list that are permitted to grow in our concession are the striped bass, yellowtail (Hiramasa), white seabass, and Pacific halibut.”

The farm, located 70 miles from the border with the US, is in a prime location for exporting to northern markets, including the Whole Foods Market store chain, Ito explained.

In 2010, Ito and his business partner Eric Pedersen converted the farm and site to a sustainable finfish farm after originally running a bluefin tuna ranch from 2004 until 2009. In 2013, MBAs Omar Alfi and Dan Farag brought an investment plan and management team together to back the project. Alfi is now a partner and the general manager of the company and Farag is a partner and chief financial officer (CFO).

“With their strong financial help and commitment to the concept, plus drawing from aquaculture and seafood experts that have worked in Latin America, Pacifico has cut learning curves in commercial aquaculture on establishing this new species,” Ito explained.

Supported by their freshwater recirculation system hatchery on the mainland, Pacifico’s farming operation is actually located in waters around Todos Santos Island just eight miles off the coast of Ensenada.

“Broodstock are from our own production, from five separate strains of striped bass grown from fingerlings from different regions in the US, as well as a seventh-generation domesticated true striped-bass,” Ito said.

Three different vintages of striped bass are farmed in 33 cages in waters around the island, according to Pacifico Aquaculture.

The company currently produces nearly 1,000 tons of striped bass annually, and plans to double that total in 2018.

Striped bass has always been a favorite of American consumers for centuries. It was introduced to the Pacific in the late 19th century though the traditional wild fishery is in the Atlantic coastal waters and the Gulf of Mexico. By the 1970s, tight regulations on commercial and sportfishing industries were put in place to protect the wild populations from overfishing.

Striped bass are grown in many aquaculture operations around the United States, according to the National Oceans and Atmospheric Agency (NOAA). In 2005, almost 60 percent of all striped bass sold in the US were farmed. Aquaculture for hybrid striped bass (a cross between white bass and striped bass) began in 1986, and production peaked in the early 2000s.

Ito said the next five years will see a major effort to not only expand their production but also focus on marketing their product to several international markets.

“On the production and marketing side, the focus going forward is for Pacifico Aquaculture to become a major supplier of ocean-raised striped bass to the US and the Americas, with potential to export sashimi-quality striped bass to Japan and other countries,” he said.

Striped bass is a species that can grow to large sizes; it matures in four to five years and weighs upwards of 4 kilos at maturity.

The company plans to develop and maintain a range of size classes that can serve diverse culinary needs as well as focus on product diversification and processing capabilities at their best aquaculture practices (BAP) certified processing plant.

The company added that it uses feeds devoid of antibiotics and hormones from BAP-certified producers, who formulate the feeds to optimize striped bass health and feed conversion ratio (FCR).