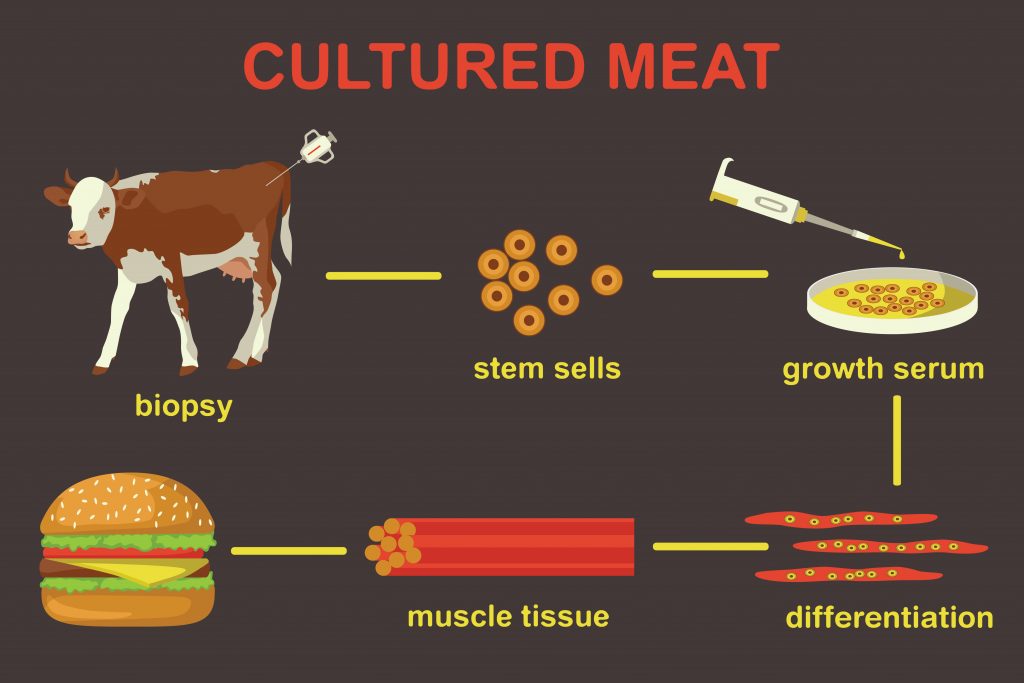 The founder of Whole Foods isn’t a fan of plant-based meat because, as he told CNBC last year, “I don’t think eating highly processed food is healthy.”

That process, as Beyond Meat and Good Food Institute have described it, takes plant protein and adds binders, fats, natural flavors and colors, as well as nutrients. Then the mixture is shaped using heating, cooling, and pressure.

On the other hand, cell-based meat (like Memphis Meats) and cell-based fish (like BlueNalu’s) are “clean.” That preferred descriptor may signify free from slaughter, environmental degradation, or injury to one’s conscience. But these novel products are also free of the multitude of ingredients in plant-based meat, ingredients that must be processed to get to the end result.

Instead, cell-based meat and fish are grown in labs today, but someday will be produced in large-scale, certified, commercial food facilities. Industry watchers say these products are most like the real thing.

Here’s a highly simplified version of how the process works. Cells are taken from a living animal. They are put in a bioreactor along with cell culture media, which causes them to proliferate. When the lab changes the culture conditions, the cells differentiate into muscle, fat, and connective tissue. They are then given the structure of a fillet or ultimate end-product with 3D materials that act like scaffolding.

A key benefit, proponents say, is that manufacturers only grow what consumers will eat; there’s no waste.

In addition to BlueNalu, which received an investment from Nutreco in January, the startups working on cell-based fish include Wild Type and Finless Foods. All three are based in California.

Although they are all hiring, these companies are early-stage ones—they have made some progress with a regulatory framework, but technical hurdles remain. The big challenge, as the consultants at Kearney see it, is the cost of the molecules that stimulate cells to differentiate. And that, along with other issues related to scaling up, mean they may be five to 10 years away from having fillets on ice at the local fish counter.